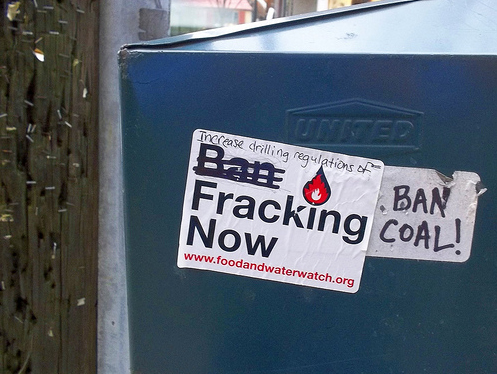 Earlier this month, the State University of New York at Buffalo released a report concluding that fracking is getting safer, as both industry and regulators are doing a better job. The study got plenty of coverage—the Associated Press, Forbes, WGRZ, Buffalo News—but in the week since it was released, it’s been attacked for a number of flaws.

Hydraulic fracturing, or fracking, is the process by which a blast of chemicals, water, and sand are used to tap into natural gas reserves. It’s also highly controversial, as many have raised concerns about the environmental and health impacts for people living near drilling sites. So it’s not surprising that this report, the first from Buffalo’s new Shale Resources and Society Institute, drew a lot of attention.

But on Wednesday the university was forced to remove the “peer-reviewed” description it gave to the report, since it was not. And a reviewer from the Environmental Defense Fund notes that the paper draws some questionable conclusions that he did not actually endorse. On Thursday, the watchdog group Public Accountability Initiative (PAI) released a scathing review of the report, concluding that the data actually shows that the number of environmental problems related to fracking increased by 189 percent from 2008 to 2011.

PAI also found that two of the report authors had previously written a report paid for by the natural gas industry, and a third works for an environmental consulting firm involved in the natural gas industry. They also revealed that large portions of the paper were lifted, word-for-word, from a pro-fracking paper that three of the authors had written for the conservative think tank Manhattan Institute.

The University at Buffalo’s Shale Resources and Society Institute is also getting more scrutiny for its own relationship to the energy industry. As PAI points out, a University at Buffalo spokesman told WGRZ News that the Shale Institute “does not have any external funding.” But the institute’s website notes that it is currently seeking future funding from outside grants, contracts, and memberships.

“Taken together,” concludes PAI, “the serious flaws in the report, industry-friendly spin, strong industry ties, and fundraising plans raise serious questions about the Shale Resources and Society Institute’s independence and the University at Buffalo’s decision to lend its independent, academic authority to the Institute’s work.”