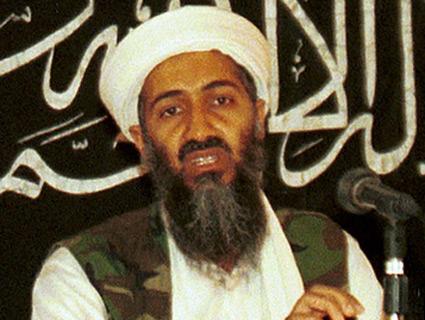 On Thursday, the Combating Terrorism Center (CTC) at West Point released 17 declassified documents from the raid that killed Al Qaeda leader Osama bin Laden, along with a report on the records. Thousands of documents were reportedly discovered at bin Laden’s Pakistan hideout, so the handful of communications released reflect purely what the government wants you to see. Here are some highlights:

Does this Anwar al-Awlaki guy have a résumé? Despite Awlaki’s infamous reputation in the United States, Osama bin Laden had his doubts about whether the New Mexico-born cleric was qualified to take over as the leader of Al Qaeda’s Yemen affiliate, in part due to his lack of battlefield experience. “[O]ver here we are generally assured after people go to the battlefield and are tested there,” bin Laden wrote in a message. Like the head of any organization interviewing candidates for a key post, bin Laden demanded “the resume, in detail and lengthy, of brother Anwar al-Awlaki.” Aside from appreciating the propaganda value of showing bin Laden belittling Awlaki, the government likely sees this document as proof of the cleric’s Al Qaeda membership, therefore justifying the September drone strike that took his life.

Can you believe our fanatical internet commenters? Terrorism analysts often keep abreast of trends in jihadist ideology by following online extremist forums. And Al Qaeda propagandist Adam Gadahn thought these Al Qaeda-inspired chat rooms were too extreme and were “characterized by religious fanaticism,” in the words of the CTC report. He complained: “[The forums are] repulsive to most of the Muslims” and “distorts the face of al Qaeda.” And you thought the comments section at Politico sucked.

President Biden will destroy America. Osama bin Laden had an pretty low opinion of Vice President Joe Biden, almost as if he had been reading too many Biden-themed Onion articles. He wanted Al Qaeda to down planes carrying President Obama or then-General David Petraeus, believing that a Biden presidency would place America on a short path to oblivion. “Obama is the head of infidelity and killing him automatically will make Biden take over the presidency for the remainder of the term,” bin Laden wrote. “Biden is totally unprepared for that post, which will lead the US into a crisis.”

Seriously, guys, stop killing (Muslim) civilians! The CTC report concludes that while bin Laden “enjoyed little control” over Al Qaeda’s regional affiliates, he was constantly worried that the Muslim civilian deaths caused by his foot soldiers had “led to the loss of the Muslims sympathetic approach towards the mujehadin.” Indeed, Pew released a study this week that showed that a year after his death, bin Laden’s personal popularity in Muslim countries had significantly declined over the last decade.

Sheesh, give us at least some credit for collapsing your economy, America. Gadahn was happy to see Americans suffering from a faltering economy, but he was angry the media wasn’t giving Al Qaeda more credit. “[A]ll the political talk in America is about the economy, forgetting or ignoring the war and its role in weakening the economy,” Gadahn wrote. Describing a press conference held shortly after the 2010 midterm elections, Gadahn vented: “not one of the journalists dared to embarrass Obama by questioning him about the influence on the American budget and the national economy of spending the billions yearly on the two wars of Afghanistan and Iraq.”

American history, Al Qaeda-style. Gadahn cautions against identifying American Founding Father Benjamin Franklin as a US president, because doing so could make Al Qaeda leaders look stupid. “[P]lenty of the Americans may also think that (Franklin) a president, because of his picture on the currency that usually carries the photos of the presidents,” Gadahn writes. “But such a mistake may be used to slander the Shaykh [bin Laden or his second-in-command, Ayman al-Zawahiri], and accuse him of talking about something he does not master (politics).”

MSNBC, CBS, ABC are okay; FOX and CNN are wack. In what is sure to be powerful catnip for right-wing media, the documents show Gadahn referring to Fox News as “lacking neutrality” and expresses the hope that it will “die in anger.” By contrast, he describes ABC as “all right” and says MSNBC “may be good and neutral a bit,” but complains that it recently fired Keith Olbermann and Octavia Nasr (Nasr was actually with CNN). Bin Laden refers to CBS as “neutral.” Gadahn says “CNN seems to be in cooperation with the government more than the others (except Fox News of course)” and complains that most networks just steal wire copy from Reuters and the Associated Press.