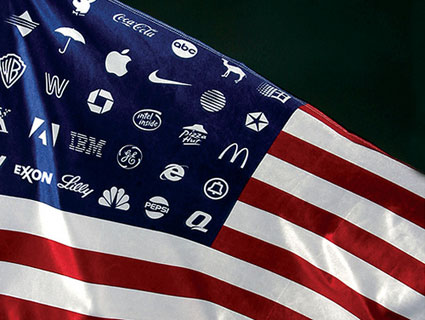 In a case billed as “Citizens United II,” the US Supreme Court on Monday refused to hear new arguments on the wisdom of its 2010 Citizens United decision, the court’s most controversial campaign finance ruling in years. By a 5-4 vote, the court summarily reversed a decision by the Montana Supreme Court upholding that state’s century-old ban on independent political spending by corporations. This deals a blow to reformers who hoped to undo or chip away at Citizens United and stem the expansion of special interest money in elections.

The case, known as American Tradition Partnership, Inc. v. Bullock, began with an act of defiance. After the Supreme Court ruled in Citizens United that bans on independent political spending by corporations were unconstitutional, 23 states stopped enforcing the bans they already had in place. Not Montana, which continued to enforce its Corrupt Practices Act, a long-standing law that banned independent corporate political spending. When American Tradition Partnership, a conservative nonprofit committed to fighting “environmental extremism,” challenged the law, the state supreme court upheld it. That led ATP to petition the US Supreme Court to hear the case on appeal.

The high court faced several options with the American Tradition Partnership case. One was summary reversal—an immediate overturning of the Montana Supreme Court’s ruling without hearing any new arguments. Another option was to allow new arguments on the case, which would essentially be a rearguing of part of the core logic in Citizens United—namely, that independent political expenditures “do not give rise to corruption or the appearance of corruption.”

The Roberts court’s summary reversal of the lower court’s decision deals a blow to a coalition of Democrats, campaign finance reform advocates, and others who wanted the justices to reconsider Citizens United. The five-justice majority’s decision is unsigned and just one page in length; it reads in part, “The question presented in this case is whether the holding of Citizens United applies to the Montana state law. There can be no serious doubt that it does.”

Justice Stephen Breyer fired back in a one-and-a-half page dissent:

Even if I were to accept Citizens United, this Court’s legal conclusion should not bar the Montana Supreme Court’s finding, made on the record before it, that independent expenditures by corporations did in fact lead to corruption or the appearance of corruption in Montana. Given the history and political landscape in Montana, that court concluded that the State had a compelling interest in limiting independent expenditures by corporations. Thus, Montana’s experience, like considerable ex­perience elsewhere since the Court’s decision in Citizens United, casts grave doubt on the Court’s supposition that independent expenditures do not corrupt or appear to do so.

Montana’s ban on independent political spending by corporations was passed in 1912 to limit the outsized influence of the state’s “Copper Kings,” mining magnates who used big money to shape state government as they saw fit. But unlike the 23 other states that quit enforcing independent spending bans after the 2010 Citizens United decision, Montana stood by its law. American Tradition Partnership sued, arguing that Montana’s law was inconsistent with Citizens United. But in an act of legal defiance, the Montana Supreme Court upheld the spending ban by a 5-2 vote in late December.

Nearly all political-money watchers saw Montana’s decision as out of line with the Citizens United decision and bound for the US Supreme Court.

They were right. In February, the Supreme Court issued a stay, preventing the Montana court’s decision from going into effect. Even Justice Ruth Bader Ginsburg and Stephen Breyer, two of the Supreme Court’s liberals, admitted the Montana court’s ruling flew in the face of the Citizens United decision and voted for the stay. But they seemed to see the case as an opportunity to reconsider Citizens United. In a statement released in February, they took issue with the Citizens United‘s central argument about independent spending and corruption.

Many campaign finance reform groups, as well as representatives of 22 states and the District of Columbia, filed briefs echoing Ginsburg’s call for reconsidering Citizens United. Sens. John McCain (R-Ariz.) and Sheldon Whitehouse (D-R.I.) also filed a joint brief slamming the high court’s reasoning in Citizens United and demanding new oral arguments. “Evidence from the 2010 and 2012 electoral cycles has demonstrated that so-called independent expenditures create a strong potential for corruption and the perception thereof,” the McCain-Whitehouse brief reads. “The news confirms, daily, that existing campaign finance rules purporting to provide for ‘independence’ and ‘disclosure’ in fact provide neither.”

Meanwhile, Sen. Mitch McConnell (R-Ky.), the most ardent foe of political money regulation in Congress, filed his own brief supporting American Tradition Partnership and dismissing the notion that corporate money has played a noticeable role in elections since Citizens United. “A review of FEC records for independent expenditure-only committees—i.e. the so-called super-PACs—supporting the eight leading Republican Presidential candidates has evidenced minimal corporate involvement in the 2012 election cycle,” McConnell’s brief reads.

American Tradition Partnership hailed the court’s decision to overturn Montana’s spending ban. “This reversal on summary judgment is a resounding rejection of Governor [Brian] Schweitzer’s and Attorney General [Steve] Bullock’s indefensible attacks on Montanans’ God-given right of free political speech,” ATP said in a statement. The group added that its “grassroots members” call on Schweitzer and Bullock to “tender their resignations immediately.”

Fred Wertheimer, president of the campaign finance reform group Democracy 21, said in a statement that the Supreme Court “left standing the disastrous Citizens United decision and the enormous damage it is doing to our democracy and political system.” He added, “Nevertheless, the battle in Congress, the states and the courts for effective campaign finance laws to prevent the corruption of our officeholders and government decisions will go forward full speed ahead.”

Rick Hasen, a professor at the University of California-Irvine’s law school, writes on his website that in fact the court’s summary reversal is a “relative victory” for campaign finance reformers. “As I have written, I was simply baffled by the full court press to get the court to take the case,” he writes. “Taking the case would have been an opportunity for the majority of Supreme Court justices to make things worse, such as by suggesting that limits on direct contributions to candidates are unconstitutional. The best way to win before the Roberts court if you are a campaign reformer (aside from on disclosure issues) is not to play.”

James Bopp Jr. says the American Tradition decision is “a pretty dramatic door-slamming” by the Supreme Court on the effort to make them to reconsider Citizens United. “The court clearly rejected the idea,” he says, “that individual states can exempt themselves from what the First Amendment requires.”