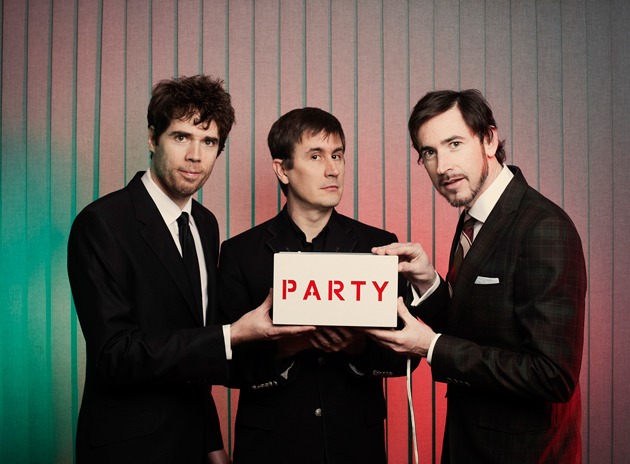 I consider myself a pretty big Mountain Goats fan. That said, going to see them perform is always a very humbling experience for my fan ego. It’s not just the band’s staggering 14-album discography, which frontman John Darnielle insists even he can’t keep track of. It’s how you can look around you at their shows and see a room full of wide-eyed, almost tearful, fans who live and bleed the Mountain Goats, or at least quite possibly listen only to them.

The folk-pop band, which Darnielle started in Claremont, California in 1991, has always hinged on his lyrics, with a shifting cast of musicians accompanying him on various albums. Sasha Frere-Jones, pop-music critic for The New Yorker, has called him “America’s best non-hip hop lyricist,” and for good reason. Darnielle, whose songs resonate on a deeply emotional level, seems to draw inspiration from the most disparate sources. From the absurd (“Go down to the Netherworld / plant some grapes”) to the gut-wrenchingly sincere (“I have two big hands and a heart pumping blood”), Darnielle is an objectively incredible (and incredibly prolific) songwriter.

As it turns out, he is also very, very good on Twitter.

Famous people and Twitter can be a dangerous combination—a glimpse into the minds of icons who would otherwise be left totally up to us to romanticize. Sometimes celebrity tweets are cringe-inducing. (See Jim Carrey.) Sometimes they are a delight. (A round of applause for Alec Baldwin.) But straddling the space between earnest life observations and totally nutty internet banter, with a solid sprinkling of political activism, Darnielle has mastered the Art of the Tweet. Luckily it’s a medium befitting his particular brand of frenzied stream of consciousness, which results in his Tweeting a lot:

the little dog laughed to see such sport, but the rest of the community was more supportive

welcome to mountain goats lifetime movie network movie of the week. this week a movie about some guy who’s secretly all messed up, it rules

Darnielle has also used Twitter as a vehicle for speaking out for reproductive rights. (For a little background, read our interview with him.) His activism was so impressive that NARAL Pro-Choice North Carolina recently asked him to join its board:

@MIHouseGOP @speakerbolger you do know that when talking about abortion often the word “vagina” going to come up, right guys? guys?

What’s the name of the AZ bill that forces women to carry nonviable fetuses to term? “The Women’s Health & Safety Act,” of course! #orwell

Watching fans approach Darnielle after his second set in San Francisco last week, tremblingly bestowing him with gifts (including but not limited to Justin Bieber fan art, a children’s book for his son, and a large red crocheted placemat thing with a misshapen black goat in the center), I realized that part of what makes him so deeply magnetic as a musician and a Twitter personality is something central to the internet itself: “It’s about connecting to people,” he told me after the show, clutching his gut.

Darnielle is blessed with the ability to be humanly relatable and totally silly simultaneously. In his love of memes, he manages to reveal something about why it is that we’re obsessed with memes in the first place. He speaks openly about his battles with mental illness, and in doing so inspires others to speak out as well. He bemoans the inner fascist that keeps us from eating ravioli for breakfast. He loves Justin Bieber as much as your mom does. He talks about his son, he talks about Satanism, he talks about salvation.

Far from being at all disconcerting, Darnielle’s Twitter is an uplifting view into how this songwriter gleans inspiration from even the most unassuming fragments of daily life. And that is why John Darnielle rules at the internet.