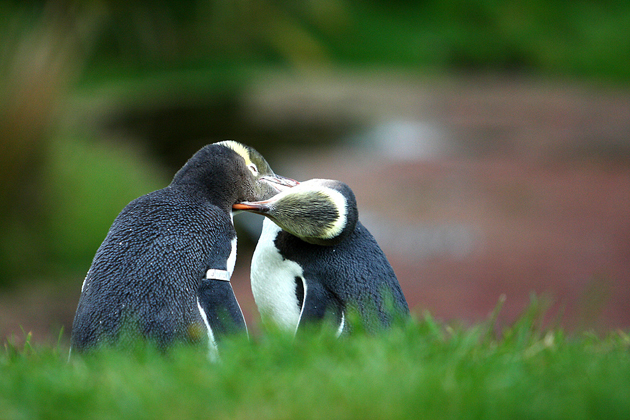 It has been a rough few decades for endangered yellow-eyed penguins (Megadyptes antipodes). The species can only be found along a small portion of the southeastern coast of New Zealand’s South Island, the nearby Auckland Islands, and the isles of Campbell, Stewart and Codfish. Their total population numbered nearly 7,000 birds just 30 years ago but today that total has fallen to closer to 4,000. The species seems to face threats from all sides: Feral cats and invasive stoats (a kind of weasel that also threatens kiwis) prey on their nests; bacterial diseases and a blood parasite have killed them by the hundreds; food has at times been scarce, possibly due to climate change; and ecotourists have been known to disturb the penguins’ breeding colonies, lowering fledglings’ chances of survival.

Now we have word of yet one more, growing threat to the penguins at coastal New Zealand. According to data presented this past weekend at a symposium on the species, an estimated 70 yellow-eyed penguins are known to die every year from entanglement in trawling nets or long-line fishing hooks used by commercial fishing vessels.

But that number might be an underestimate. According to marine ecologist Ursula Ellenberg, director at Eudyptes EcoConsulting, Ltd., more data is needed to understand the mortality rate of yellow-eyed penguins. Ellenberg, who has been studying the birds since 2003, told the symposium audience that there is a need for more monitoring of large commercial fishing vessels and the creatures that are caught in or die in their nets. Earlier this year conservationists attempted but failed to place human observers on commercial ships in two of the penguin’s primary habitat regions along the Otago Peninsula on South Island and the Foveaux Strait between South and Stewart islands.

Ellenberg reported that an electronic monitoring system is being tested on smaller boats that use set nets, fixed gill nets set into place with anchors. The system combines cameras, GPS devices and winch sensors to document what is being caught in these nets. The boats that use set nets are typically too small to carry human observers in addition to their crew. Set nets are the biggest threat to New Zealand’s critically endangered Maui’s dolphins (Cephalorhynchus hectori maui).

New Zealand’s Ministry for Primary Industries—which was formed in April following the merger of the ministries related to fisheries, agriculture and forestry—reported at the symposium that they are developing a five-year observation plan to see how fishing vessels affect all seabirds in the region.