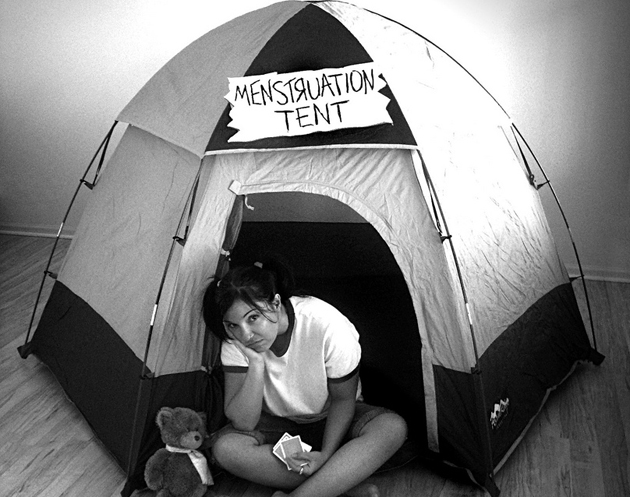 Women who might think twice about a summer trip to a national park can now officially rest assured: it turns out that menstrual odors do not attract bear attacks, according to a paper by the National Park Service.

The paper was written in response to the long-standing concern that the odors associated with menstruation could lure in hungry bears, putting women at a higher risk than men of being mauled. The concern proved to be little more than an urban legend, at least when it comes to grizzly and black bears.

According to researcher Kerry A. Gunther, who wrote the paper: “There is no evidence that grizzly and black bears are overly attracted to menstrual odors more than any other odor.”

The paper also traced the origin of the myth to a single evening on Aug. 13, 1967, when two women were killed by grizzly bears in Glacier National Park. The events caused speculation at the time that the attacks may have been prompted by menstrual odors. Presumably, as years passed without any investigation, the speculation eventually morphed into belief—and, unfortunately, unjustified fears.

The NPS paper gleaned its conclusions from separate studies performed on grizzly bears, black bears and polar bears. For grizzly bears, hundreds of attacks on humans were analyzed, finding no link between menstruation and the attacks. Such a link was also debunked regarding black bears, after a 1991 study recorded the responses of 26 free-ranging black bears to used tampons collected from 26 different women. Not a single instance of a black bear being attracted to the tampons was observed.

Results were not so cut—and-dry when it came to polar bears, however. A 1983 study found that four captive polar bears elicited a strong response when presented with menstrual odors. That study also reported that wild polar bears were found to consume used tampons, while ignoring unused tampons. The bears also ignored non-menstrual human blood. So polar bears may provide the lone exception to the rule.

Even so, the unjustified spread of the menstruation/bear attack myth, in spite of the lack of corroborating evidence, raises concerns that old stereotypes regarding women, the outdoors, and the National Park Service have not gone away. As pointed out by one magazine, the persistence of the myth has reinforced the stereotype that women are not as suited for survival in the wilderness as men. It implies that the wilderness is a masculine domain, and that a woman’s place is indoors—for her own safety, of course.

(Interestingly, 79 percent of all bear attacks in Yellowstone National Park from 1980-2011 were inflicted on men. In other words, it’s possible that these stereotypes also mask the disproportionate dangers that men seem to face from bears.)

The National Park Service is no stranger to these biases either. According to an official NPS 1962 report, “women [(and people of color) were seen] as competent to be interpreters in historical parks, but not in the military or traditional “national” parks where the prevailing ethic still saw a uniformed ranger as a white male.” It was not until 1978 that women were allowed to don the same uniform as male rangers and assume equal responsibilities. Even today, only a third of park rangers are women.

In other words, it would appear that the real bias toward women has come from our culture and the National Park Service, not from the bears.

Perhaps now that the National Park Service has officially come clean about the bear attack myth, the bounty of open spaces in the U.S. national park system can finally begin to truly be open to all.