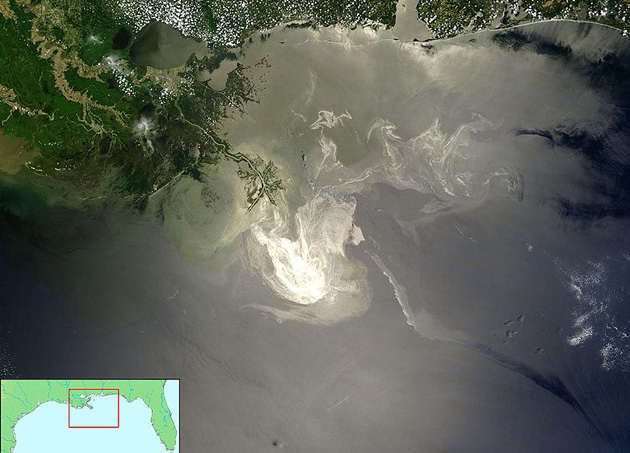 BP has agreed to sell some of its Gulf of Mexico oil fields for $5.6 billion as it builds up cash reserves ahead of potentially huge fines for 2010’s Deepwater Horizon disaster.

The British oil giant is selling its interests in older, smaller fields in the gulf to Plains Exploration & Production of Houston. BP will remain a major operator in the area.

“While these assets no longer fit our business strategy, the Gulf of Mexico remains a key part of BP’s global exploration and production portfolio, and we intend to continue investing at least $4 billion there annually over the next decade,” chief executive Bob Dudley said in a statement.

“This sale, as with previous divestments, is consistent with our strategy of playing to our strengths as a company and positioning us for long-term growth. In the Gulf of Mexico, that means focusing future investments on our strong set of producing assets and promising exploration prospects.”

Analysts calculate that BP faces a fine of up to $20 billion under the Clean Water Act for the Deepwater Horizon disaster. The blowout killed 11 workers and pumped about 4.9 million barrels of oil into the Gulf.

Transocean, the company that owned Deepwater Horizon, said Monday that it was in discussions with the justice department to pay $1.5 billion to resolve civil and criminal claims related to the US’s worst offshore oil spill.

Last week the US Department of Justice launched a withering attack on BP over its handling of the disaster. In court papers government lawyers said BP had made “plainly misleading representations” in its settlement proposals.

“The behavior, words and actions of these BP executives would not be tolerated in a middling size company manufacturing dry goods for sale in a suburban mall,” wrote government lawyers.

The Gulf sale comes as BP looks to raise $38 billion from asset sales by the end of 2013. The company said the divestment was in line with its global strategy “of playing to its strengths, including the development of giant fields and deepwater exploration.” BP intends to focus on “producing more high-margin barrels from fewer, larger assets,” said the company.

The sale brings the value of BP’s disposals since the 2010 spill to more than $32 billion. BP is also looking to sell its Texas City refinery—the site of fatal explosion in 2005 that left 15 dead and 170 injured.