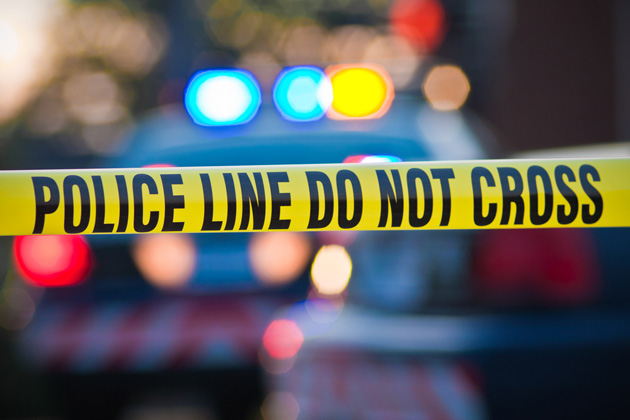 Chicago has suffered over the past few months from a particularly bad case of the twin maladies of summer in the city: heat and crime waves. In the last week of August alone, 82 people were shot in Chicago, including as many as 19 over a single mid-week night. As a depressing indicator of just how common this news had become, the local media was reduced to reporting the shootings in bullet-point form.

The Chicago spree, as unusually severe as it has been, mimics a pattern that researchers (and police officials and, heck, just about all of us) have long observed. When temperatures go up, crime often does, too (last summer’s startling London riots were partly blamed on the weather). Theorizing about Chicago’s “Bloody Summer” back in July, William Bratton, the former top police official in Boston, New York City, and Los Angeles, put it this way in the Wall Street Journal:

Also influencing this year’s surge in violence: The most brutal part of Chicago’s winter was that it barely came. With winter warm and spring starting early, people filled the streets in some of the toughest neighborhoods rife with drug gangs. Violence that typically comes with the heat of summer got an early start.

Bratton didn’t draw this conclusion himself, but it doesn’t take much of a leap in logic to connect crime and heat waves with one broader explanation for Chicago’s warm winter and early spring. That would be climate change.

Yes, it’s possible that climate change could in the years to come make our hot, violent summers even worse on both fronts. A fascinating new academic paper statistically spells out just what this might look like (hat tip to Per Square Mile). As part of his Ph.D. dissertation at Harvard, Matthew Ranson culled 50 years of weather data from across the country, from the National Climatic Data Center, and similarly comprehensive crime statistics over that time from the FBI’s Uniform Crime Reports database.

All of this macro national data confirmed the same story that researchers have found at the local level: There is a linear relationship between hot temperatures and violent crime. As one goes up, so does the other. And this has direct implications for climate change.

“There’s a lot of research on things like climate and agriculture,” Ranson says. “But there are potential other things that matter to society that are less obvious but that might also be important, and crime is one of them.”

So what would those historic crime trends look like projected onto a warming planet in the future? By Ranson’s calculation, if global temperatures rise between now and 2099 by about 5 degrees Fahrenheit, as the Intergovernmental Panel on Climate Change has predicted, that could result over the next 90 years in an additional 30,000 murders in America (compared against a future in which climate change did not exist). Likewise, we could see 200,000 more rape cases, 1.4 million more aggravated assaults, 400,000 more robberies and 3.2 million burglaries.

“On one hand, these are some just big, absolute numbers. Any time you’re talking about something like 30,000 murders, 200,000 cases of rape, millions and millions of assaults, robberies and burglaries, those are big numbers,” Ranson says. But he’s also talking about a long time frame in a large country. All of those added crimes would represent about a 2-3 percent increase in crime in the U.S. over the course of nearly a century.

As with climate change itself, this could be the story of a small change that still means a lot. “It’s something that will definitely matter,” Ranson says. “If you’re a police department and you could bring down your crime rate 2-3 percent, you’d feel pretty good about that.”

Ranson’s research detected one other curious pattern. While violent crime generally increases with the temperature, the same trend doesn’t hold for most property crimes like burglary and larceny. Up until about 40 degrees Fahrenheit, those crimes do increase with the temperature. But weather has little effect above that 40-degree threshold. Ranson has no overarching explanation for this (except that, obviously, snow makes it hard to steal stuff).

Researchers, though, have offered a series of explanations for what looks like a strong causal relationship between heat and violent crimes like all those shootings in Chicago. For one thing, the warm summer months create more social interaction (we’re all out on the sidewalk), which in turn creates more opportunities for crime (a lot of us out on the sidewalk are carrying purses) and/or conflicts to arise. As some observers have pointed out, the Chicago neighborhoods suffering from the worst violence this summer are also those low-income neighborhoods where residents are less likely to have air conditioning and are more likely to be trying to cool off outdoors.

There’s also another theory that suggests that hot weather simply makes us nuts (or, at least, more aggressive). Anyone who has survived one of this summer’s many record-breaking heat waves can probably relate to this idea even without the benefit of empirical research (although such empirical research does exist, and it is very strange.)

It is of course possible that Ranson’s projections are wildly off-base. After all nationwide, violent crime has been trending downward for decades. Police tactics will inevitably change, and so could crime trends for wholly unrelated reasons.

“There are so many things that are going to change over the next hundred years, almost any kind of prediction of this type is inevitably going to include a lot of error,” Ranson says. “I wouldn’t treat these numbers as ‘this is what’s going to happen,’ but here’s the general magnitude of what effects we would expect based on what has happened in the past.”