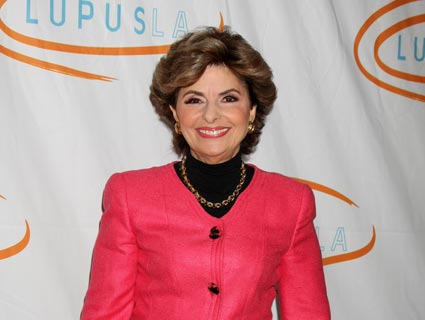 Is this the October Surprise of 2012? Attorney Gloria Allred appeared in a Canton, Massachusetts, court today to petition a judge to unseal records in the decades-old divorce case of Tom Stemberg, the founder of Staples. Allred was there with Stemberg’s ex-wife, Maureen Sullivan Stemberg, and what the two want made public is Mitt Romney’s testimony from the nasty divorce trial. Romney, as he often boasts, helped Stemberg create Staples when he Romney was running Bain Capital, and TMZ has reported that anonymous sources say that Romney, in that testimony, lowballed the value of Staples stock. In court, Allred noted that she has a copy of Romney’s testimony, but she has yet to say what’s in it. (The Boston Globe is also asking the court to lift the gag order that was placed on the parties to the divorce.) The judge, according to the live-tweeting of David Bernstein, a reporter for the Boston Phoenix, recessed the hearing until tomorrow. Atypically, Allred left the courthouse without saying much.

It seems that Maureen Sullivan Stemberg has been trying to get her story told—including the Romney angle—for several years. Four years ago, Dragon-Lion Media, a movie production company based outside of Los Angeles, announced it was making a documentary about her, with her cooperation. It issued a press release noting that this “first-time tell all tale of the interweaving relationships and strange bedfellow[s]” in her life would feature Romney, without specifying what role he would play. But Edmund Druilhet, the founder and CEO of Dragon-Lion Media, tells Mother Jones that Stemberg had discussed with him her belief that Romney had testified falsely to help Tom Stemberg during the trial. “She told me all about that,” he says. And Sadi Ranson-Polizzotti, who was tapped to be the writer on the documentary, says that when she was working with Maureen Sullivan Stemberg she read the Romney testimony and that Romney on the stand said that Staples at that time was just “a dream,” and that stock in the company was not worth much. “That really stood out to me,” Ranson-Polizzotti recalls. Maureen, according to Ranson-Polizzotti, firmly believed that Romney had lied on the stand to benefit her ex-husband.

The press release indicated Maureen Sullivan Stemberg was bitter about her divorce settlement, noting the film would expose the “injustice” of the Massachusetts court system.

DRAGON-LION MEDIA’s Edmund Druilhet has just announced the production of “The Maureen Sullivan Stemberg Story: A Portrait In Courage”, a true-life documentary film based on factual events from her childhood up to today. Maureen the first wife and inspiration for Staples which Tom Stemberg founded in 1985. Prior to 1985 he was out of work for almost three years. Tom Stemberg, served as CEO and drove the company through its growth from infancy to what is now a worldwide superstore based on the idea of a home-office. Maureen Sullivan Stemberg ran her own very successful interior design business from just such a home-office. She also designed Trump Penthouses at the Plaza. Over the past 20 years, Maureen Sullivan Stemberg has proven to be one of the most talented Interior designers in the industry. She has owned and operated successful design firms in both Boston and palm beach, taking on upscale clients with the most discriminating taste. “Her ability to transform any room into a timeless masterpiece has boosted her reputation as a visionary with inpeccable attention to detail” —Traditional Homes Magazine 1985.

In Sullivan Stemberg’s own words: “I am so proud to say I was born in South Boston, came home to live with my siblings and parents in a two bedroom project. My family, valued cultural learning and discussed politics at the breakfast table. It was reading, writing and the knowledge of the world around me — a greater knowledge than my own backyard was instilled in me from a very early age and I’ve learned to carry that torch with me wherever I have gone since then: shining my flashlight in hidden corners, highlighting those things that I feel require some attention on my part, be it the arts, child abuse and all the way to certain medical issues that are under-reported. I was taught to speak-up, and I do, and I am proud of my parents for teaching me this and proud of my own ability now to stand up for what I believe in. This is why I am humbled, grateful and pleased to have my story be told in this film documentary.”

Maureen Sullivan Stemberg will provide an in-depth account in this first-time tell all tale of the interweaving relationships and strange bedfellow that business has made in her life. Such luminaries include former Governor of Massachusetts, Mitt Romney – who was the former Republican nominee in the 2008 Presidential campaign, as well as one of the first major investors for Staples while he was employed by Bain Capital, Boston, MA. This story will include the injustice of the Mass. Probate Justice system. Other heavy hitting names have yet to be released in this as of yet untold story including Dola Davis Hamilton Stemberg.

The documentary will feature Ms. Stemberg, interior designer and social advocate, whose design work has been featured in such places as House and Garden, House Beautiful, and The New York Times as well as Who’s Who in Interior Design: One Hundred Top Designers (published by Rizzoli), among others. Notably, Ms. Sullivan Stemberg was selected by Who’s Who Woman of Distinction for 2006, featured for her design work, and most notably for her charitable social endeavors, and most importantly to her, her work with abused children. Sullivan Stemberg is also recognized for her charitable work and advocacy for people with autoimmune diseases and conditions.

The documentary is to be sourced to Lifetime Television as well as broadcasting companies throughout the United States, Europe, and worldwide.

Clearly, Maureen Sullivan Stemberg has been seeking attention for a while. Though the movie never went into production, she may now receive an audience with this attempt to cast Romney in a starring role.