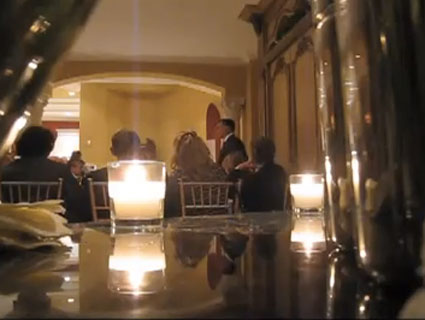 When Mitt Romney assailed Americans who he claimed don’t pay federal income taxes during his infamous 47 percent rant in May, one of the guests in the room for this intimate Boca Raton fundraiser was a convicted tax cheat who had gone to jail for failing to pay a quarter of a million dollars owed to Uncle Sam.

James Batmasian, an influential Florida developer and philanthropist, was among the well-heeled crowd at this $50,000-a-plate dinner, which was held at the home of private equity mogul Marc Leder. According to his wife, Marta Batmasian, a member of Romney’s Florida finance committee, her husband had attended as her guest after she was “invited for being a donor at the required level.” Weeks before the event, she had contributed $50,000 to the Romney presidential effort.

In 2008, James Batmasian pled guilty to a felony tax evasion charge for failing to pay more than $250,000 in federal taxes for employees at his company, Investments Limited. He was sentenced to eight months at a South Carolina federal prison and a subsequent two years of supervised release. Along with serving prison time, he had to pay the outstanding taxes and was also fined an additional $30,000. At the time, he was the largest property owner in downtown Boca Raton. Following his conviction, Batmasian, an attorney, was suspended from practicing law by the Florida Supreme Court.

When first contacted by Mother Jones and asked whether he had wined and dined with Romney at the 47 percent fundraiser, Batmasian emailed, “No, I did not…I believe my wife did.” *

But his wife, Marta, told Mother Jones, “My husband accompanied me, but did not make any donation.”

In an email to Mother Jones, she wrote:

I am a socially liberal Republican who supports the candidates of both parties. I do not contribute or vote in a partisan fashion. I attended several fundraisers for Democrats during the same period.

I am concerned about our deficit and unemployment and as an immigrant who loves this country, I would embrace any candidate who will find a solution to our economic problems.

As far as the 47% comment, I do not recall the details, specifically, although, I heard it later on in the news several times.

I wish I could tell you more.

When asked if she had any concern about her husband’s participation in the fundraiser—where Romney had blasted half of America for not taking “personal responsibility and care for their lives”—Marta Batmasian responded that her husband is “an honorable man” who “drives a 10 year old car and takes care of underprivileged African American kids in our city for the last 12 years.” She maintained that his tax-evasion “crime” had resulted from mistakenly relying “on his employees to supervise temporary workers who weren’t issued 1099s.” She added, “Unfortunately, this unjust label will haunt us and our entire family for the rest of our lives and has devastated our otherwise clean image…We believed the old adage that you don’t fight the City Hall was the case. Alas, wish we did. Anyway, to answer your question, I didn’t think anything was wrong for him to accompany me since he wasn’t the one who made the contribution.”

At the event, Marta Batmasian did ask Romney a question:

Right now, I’m very concerned…Women would not want to be involved for you. Hispanics, majority of them do not want to vote for you. College students don’t. After talking to them, and explaining and rationalizing on a one-on-one basis, we are able to change their opinions. But on a mass level, what do you want us to do, this group here, as your emissaries, going out to convert these individuals to someone who’s obviously going to be such an incredible asset to this country. We want you. But what do we do? Just tell us what we can help…

Romney had a simple answer: “…Frankly, what I need you to do is to raise millions of dollars, because the president’s going to have about $800 to $900 million. And that’s—that’s by far the most important thing you could do.”

* After this story was published, James Batmasian clarified his email to note that his “I did not” referred to whether he had made a contribution to the Romney campaign, not to whether he had attended the dinner. He added, “In fact, we arrived very late and they added chairs to the table at the corner.”