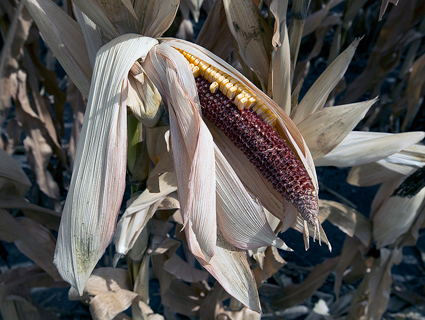 This year is likely to be the ninth warmest on record, with global temperatures in 2012 cooler than the average for the past decade owing to the effects of La Niña weather patterns early in the year.

The estimates come as governments wrangle over the form of a proposed new global agreement on climate change, that could eventually replace the Kyoto protocol. Nearly 200 countries are meeting in Doha, Qatar, but as yet there are few signs of unity.

The World Meteorological Organisation (WHO) used information from three global temperature sets, running from January to October, to make its estimate. But the ranking could change under further analysis, and final data will not be ready until next March.

Peter Stott, head of climate monitoring and attribution at the UK’s Met Office, whose data contributed to the WHO estimate, said: “Although the first decade of the 21st century was the warmest on record, warming has not been as rapid since 2000 as over the longer period since the 1970s. This variability in global temperatures is not unusual, with several periods lasting a decade or more with little or no warming since the instrumental record began.”

Although climate change sceptics may seize on the data, it does not change the long-term warming trend. Nine of the 10 hottest years on record have occurred since 2001, according to the Met Office. As well as the La Niña variation, there may have been other weather effects at work.

Stott said: “We are investigating why the temperature rise at the surface has slowed in recent years, including how ocean heat content changes and the effects of aerosols from atmospheric pollution may have influenced global climate.”

There have been multiple examples of unusual or extreme weather this year, including superstorm Sandy, which was one of the strongest storms on record to hit New York. Before that there was a serious drought over much of the US’s grain-growing region, which has pushed up global food prices. There has been drought in parts of Russia, as well as disruptions to the Indian monsoon, and floods in parts of Europe, including a record wet spring and early summer in the UK.

The UK’s Met Office was more cautious in its estimate of this year’s temperatures than the WMO, using a dataset compiled jointly with the University of East Anglia to estimate that 2012 was likely to be between the 4th and 14th warmest year in a record dating back to 1850.

That dataset, known as HadCRUT4, includes data from land stations, higher-latitude stations with coverage of the Arctic, and sea surface temperature data.

The Doha talks are scheduled to carry on until next Friday. Governments are aiming to draw up a new global treaty on the climate, requiring emissions curbs from both developing and developed countries, that could be signed in 2015 and would come into force from 2020.