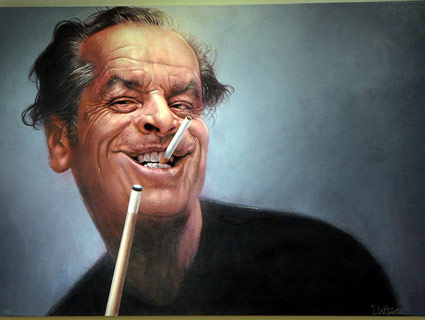 This is what happens when you let Democrats govern. . . California’s credit rating has been slashed to junk-bond status, and citizens are advised to stock up for the not-too-far-off day when cigarettes and Botox become the hard currency of choice. At this stage, we couldn’t give California back to Mexico. —Ann Coulter, 2003

For the past few decades, making fun of California has been a favorite pastime of conservatives and, for that matter, just about everybody. We’re either the Libertine State (Ganja! Gays!), the Nanny State (Eat your fruit before you get your Happy Meal toy!), or a redoubt of ecofascism. (AB 32: the horror!) But more than anything, we’re just perpetually broke—the governmental equivalent of Annie Liebovitz or Mike Tyson. And regarding that Ann Coulter actually speaks the truth. Well, except for the part about blaming government by Democrats.

Anyone passingly familiar with the nation’s most populous state knows that our budget woes trace back to Proposition 13, a ballot initiative that cut and capped property taxes and required a two-thirds vote to pass any future tax increases. This, in turn, kicked off a nationwide tax revolt that ended up installing former California Gov. Ronald Reagan in the White House. Since then, California has trended more Democratic than the rest of the country, but that hasn’t mattered: A minority of Republicans in the state legislature have held up all efforts to patch the gaping revenue hole left by Prop. 13—and more recently the foreclosure crisis and recession. As Kevin Drum noted yesterday, in 2007 California spent $3,100 per resident out of its general fund. Today that’s down to $2,400.

Here’s the good news: The nationwide tax revolt that started in California appears to be ending in California. Yesterday state voters passed Proposition 30, a ballot measure that raises sales taxes and income taxes on the wealthy in order to prevent $6 billion in cuts to schools and services. And even more surprisingly, voters apparently have elected a Democratic supermajority to the state Senate and Assembly for the first time in many years, finally giving Democrats the ability to overhaul the Golden State’s tarnished tax code.

In short, California might not be a national laughingstock much longer. With the fiscal cliff fast approaching, that honor may soon go to Washington.