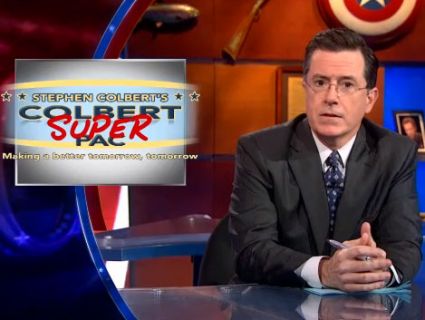 Super-PACs are, by and large, weapons of the wealthy. Consider this: 72 percent of all super-PAC donations in the 2012 election cycle came from just 253 rich people who each gave half a million dollars or more. That’s less than 0.000001 percent of the entire voting-age population.

But among the hundreds of generically patriotic super-PACs are a few that are cutting against the grain of big-money politics. Call them the anti-super-PAC super-PACs. They’ve taken the conventional super-PAC model—bankrolled by a few rich guys, specializing in nasty TV ads, and unaccountable to no one—and flipped it on its head.

Here’s a look at three of the most successful anti-super-PAC super-PACs of 2012:

Super-PACs unloaded hundreds of millions of dollars in 2012 on wave after wave of attack ads. CREDO Super-PAC, an affiliate of the San Francisco-based mobile phone company, invested in something completely different: a data-driven, grassroots, get-out-the-vote machine.

Becky Bond, the wonky president of CREDO Super-PAC, says she knew from the outset that her team would be outspent: Karl Rove’s Crossroads groups planned to spend more than $30 million on House races alone, while CREDO would have a few million dollars at its disposal. Bond needed to squeeze as much bang as possible from each buck her super-PAC brought in. Rather than pay DC political strategists and media buyers to craft yet another ad campaign, Bond brushed up on the best science on political campaigns and set out to build a good old-fashioned voter outreach campaign.

By Election Day, CREDO Super-PAC had raised $3.4 million, spent $2.7 million, opened 13 offices, hired 84 paid organizers, and signed up 3,000 volunteers in 10 congressional districts around the country. The super-PAC received 144,674 donations from nearly 70,000 individuals; the average donation was $23.76. CREDO Mobile also gave the group $50,000 in seed money. The super-PAC targeted 10 tea partiers in the House, branding its campaign “Take Down the Tea Party Ten.” (The campaign has advertised in Mother Jones magazine.)

Bond regrets not investing earlier to defeat Rep. Michele Bachmann. “If we could do it again, we would’ve taken her on earlier and she would’ve lost.”

CREDO staffers canvassed and called hundreds of thousands of voters in those 10 districts. Often CREDO’s message focused on the Tea Party Ten’s attacks on issues important to women, such as limiting birth control access, defunding Planned Parenthood, and reauthorizing the Violence Against Women Act. CREDO trackers also videotaped the candidates spewing crazy—Rep. Joe Walsh calling President Obama dumb and a “tyrant,” for instance—and then fed that video to local and national media outlets.

CREDO’s strategy paid off, helping to defeat five GOP incumbents—West, Walsh, Dan Lungren of California, Chip Cravaack of Minnesota, and Frank Guinta of New Hampshire. In Lungren’s district, CREDO knocked on 26,000 doors and made 300,000 phone calls to voters; Lungren lost by a few thousand votes. One of Bond’s few regrets is not investing earlier to defeat Rep. Michele Bachmann (R-Minn.), who beat Democrat Jim Graves by the narrowest of margins. “If we could do it again, we would’ve taken her on earlier and she would’ve lost,” Bond says.

The future of super-PACs, Bond argues, is in the field, investing in staffers and ground game. As long as super-PACs are around, CREDO Super-PAC will be a player, Bond tells me, continuing to mobilize CREDO’s 3.3 million online members and organizing the grassroots. “You can beat the big money,” she says, “but you’ve got to do it with these much more meaningful and time-intensive campaigns.”

Jonathan Soros, the son of liberal financier George Soros, and progressive activists Ilyse Hogue and David Donnelly were talking politics over drinks one evening last year in Manhattan, jotting notes on bar napkins, when they hatched an idea: a super-PAC that spends big money to end big money in politics.

Ironic, right? But talk to Soros, Hogue, or Donnelly and the strategy driving the Friends of Democracy super-PAC makes sense. Congress is gridlocked on campaign finance reform. No amount of lobbying or grassroots pressure, it seems, can break the partisan logjam. The way to end big-money politics and replace it with a system that rewards small-dollar donations, Soros says, is to get people into office who will support reform. Only by building political power around reform can you “get money out and people in.” Or as Donnelly likes to say, “We want to work ourselves out of a job.”

Friends of Democracy raised and spent roughly $2.7 million on eight races in 2012. (Soros contributed more than $760,000.) It was an impressive debut: Seven of the eight US House candidates it backed won. Ballots are still being counted in the race featuring pro-reform New York state Senate candidate Cecilia Tkaczyk, whom Friends of Democracy supported. More impressive than Friends of Democracy’s win-loss record is that it succeeded with a money-in-politics message. Seasoned political operatives will say that campaign finance is a snoozer of an issue. Candidates don’t run on it, and they don’t fear being attacked over it.

“We were able to show to an incumbent congressperson that it’s actually in their political interest to be in favor of reform,” Soros says.

Soros says Friends of Democracy has, in a small but encouraging way, upended that conventional wisdom. “We were able to show to an incumbent congressperson that it’s actually in their political interest to be in favor of reform,” he says. “That voters do care and that it can affect [a candidate’s] ability to get reelected by being on the wrong side.”

By bucking that conventional wisdom, Soros adds, Friends of Democracy has awakened voters to alternative ways of funding elections. Specifically, the group backed candidates who called for “citizen-led elections” in which candidates who raise lots of money from small, individual donations are rewarded with matching campaign funds while those relying on a few wealthy funders are not.

The 2012 cycle was just the beginning for Friends of Democracy. Last week, Soros briefed donors at a closed-door meeting of the Democracy Alliance, a network of progressive donors and activists. The response, he says, was “very positive”—a good sign for future fundraising. The super-PAC will need a hefty war chest if, as Donnelly hints, it will target the staunchest anti-reformer in all of Congress: Senate Minority Leader Mitch McConnell of Kentucky, who’s up for reelection in 2014.

Americans for a Better Tomorrow, Tomorrow

Stephen Colbert’s foray into dark-money land began with a raucous, impromptu rally for the launch of his super-PAC, Americans for a Better Tomorrow, Tomorrow. It ended with the violent stabbing of Colbert’s chief political strategist, a slimy hunk of pink meat named “Ham Rove.” From start to finish, Colbert did more to educate Americans on the laughably loose, loophole-ridden state of political money today than just about anyone.

Colbert used Americans for a Better Tomorrow, Tomorrow and his grinning lawyer, Trevor Potter, to expose the system’s flaws. Super-PACs are supposed to be independent of the candidates they support; yet when he gave control of his super-PAC to friend and colleague Jon Stewart after unveiling his candidacy for president of the “United States of South Carolina,” Colbert mocked the flimsy laws around super-PAC coordination. He tackled dark money head-on (and hat-tipped Mother Jones in the process) by starting his own tax-exempt nonprofit as a way to funnel anonymous money back into his super-PAC. The secretive nonprofit’s name: Colbert Super-PAC SHH!.

Campaign finance is dry stuff, a messy tangle of policy and legalese. Colbert turned it into a running gag made sexy for the Comedy Central-watching masses.