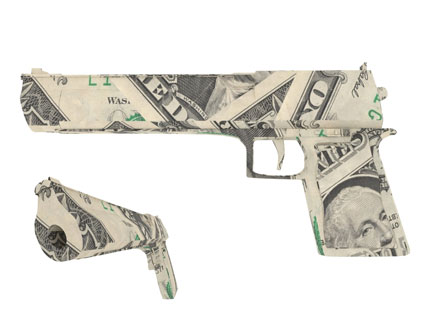 It’s reckoning time for the Republican Party. The 2012 elections were not just a shellacking for the GOP; they were a reality check. Evolve or perish. To some Republicans, that means growing the party ranks by tamping down the demagoguery and embracing more moderate policies. To others, 2012’s losses mean the party must double down on its conservative ideals to stand a chance of surviving.

The party has done this kind of soul-searching before. But what’s different—and potentially more explosive—this time around is the new breed of big-money super-PACs poised to spend millions to push their party toward the political center. These super-PACs, which can independently raise and spend unlimited amounts of cash influencing policy and politics, were created to give political cover and courage to GOP candidates who might face a backlash for taking moderate positions on immigration reform, gay marriage, gun control, and other divisive issues. Before, a gun-control-backing Republican had to worry about the National Rifle Association spending big to defeat him; now big money is watching the backs of Republicans who don’t march in lockstep with the rest of the GOP.

Call them the Blowback PACs. They flash a middle finger at entrenched party interests like the NRA, National Organization for Marriage, or anti-immigrant groups. They’re a well-funded force nudging the party in one direction while movement conservatives yank the GOP the opposite way.

This week, former Secretary of Commerce Carlos Gutierrez and Republican operative Charlie Spies rolled out Republicans for Immigration Reform, a super-PAC backing pro-reform GOP candidates. Spies said in an interview that the group grew out of conversations he’d had with Gutierrez, a George W. Bush appointee, about the party’s dismal support among Hispanics in 2012. In Spies’ view, Republicans can’t afford to use language or support policies seen as hostile to Hispanics. It’s political suicide. Yet at least in the GOP-controlled House, Spies added, “a difficulty for passing a comprehensive plan is that most of the political energy comes from, for lack of a better term, the far right.”

Spies’ super-PAC will raise money and use it to defend pro-reform candidates for the House and Senate. In Gutierrez, Republicans for Immigration Reform has a spokesman who believes that “some sort of legalization” for illegal immigrants is needed, and that the Republicans lost the presidential election “because the far right of this party has taken the party to a place where it doesn’t belong.” And in Spies, the group has a prolific fundraiser with connections to the GOP’s biggest donors. Spies, too, believes that Republicans must court Hispanics to prevent the party’s demise. “The sooner we can come up with a comprehensive [immigration reform] approach that Republicans get credit for and take the issue off the table, the better we’re going to be able to move forward into a party of the future,” he says.

How will a wildcard super-PAC like Republicans for Immigration Reform shape the fight over the future of the GOP? For his part, Spies envisions many more super-PACs and dark-money nonprofits being created to promote single-issue causes as a way to expand the party’s base. He also says the power wielded by the NRA, NOM, and other long-standing interest groups could be rivaled by new outside groups. “With a super-PAC you have the ability, with funding, to immediately counter [interest-group power] and add more voices to the process,” Spies told me.

There are other examples. In June, hedge fund manager and GOP donor Paul Singer went public with a pro-gay-marriage super-PAC. Seeded with $1 million of Singer’s own money, American Unity PAC was founded to spend on behalf of Republican candidates who had voiced support for marriage equality, even nudging those candidates to more fully embrace legalizing gay marriage.

American Unity ended up raising $2 million and spent $1.6 million on nine House and Senate races. Two Republicans backed by the group won; the other seven lost. As Bloomberg’s Independence USA learned when Roraback and Dold lost, big money behind a moderate message can’t always buy the result you want.

Nonetheless, the very act of pro-immigration or pro-gun control super-PACs dumping big money into politics puts them on a collision course with dyed-in-the-wool conservatives who believe moderation won’t win the GOP anything. “The moderates have had their candidate in 2008 and they had their candidate in 2012. And they got crushed in both elections,” influential conservative activist Bob Vander Plaats told the Washington Post this week. “Now they tell us we have to keep moderating. If we do that, will we win?”

No one—not Speaker of the House John Boehner (R-Ohio), not Senate Minority Leader Mitch McConnell (R-Ky.), not the smartest strategists in the GOP—can say for certain which side will emerge victorious in the fight over the future of the Republican Party. But with super-PAC cash in the mix, expect the fight to be louder, longer, and meaner.