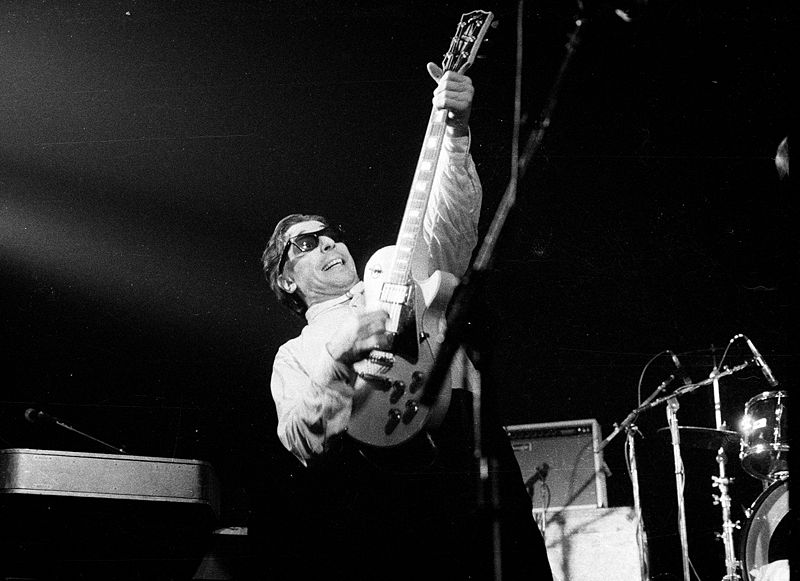 John Cale is a jack-of-all-trades, a polymorphic beast who has always played to his own proverbial drum. I am a Cale fan but up until last Sunday, I hadn’t heard his 2012 album Shifty Adventures in Nookie Wood, nor (full disclosure) anything he’d put out in the past eight or so years. So when I walked into the big half-empty Regency Ballroom in San Francisco five minutes before his set, I had no idea what to expect. While quite sparse, the audience was what you might expect at a Cale show: every subculture represented, from the pink-haired hippie swaying in the front row to the crusty punk slouched in the back. As Cale took the stage and I moved closer to Mrs. Pink Hair, I felt my brain being pulled in a million sonic directions at once.

On tour behind his first full-length since 2005’s blackAcetate, Cale launched with classic rock instrumentation (bass, drums, guitar, and keys) before proceeding through a set that touched on every influence imaginable. Shifty…, as Wire magazine noted recently, is a reminder that Cale is a “volatile rock demon at heart.” After witnessing his show I would describe that heart as a dark cave wherein the volatile demon is stuck in ventricles built of mashed together bits of myriad musical genres. Cale guided the audience through ’80s-style electronic stuff reminiscent of the Talking Heads, pop-punk head nodders, classical experiments, atonal cluster chords, dissonance, and droning (that was “Scotland Yard,” a track off the new album).

As the album title suggests, it, too, embodies a mischievous attitude—Cale’s songs churn and contort unexpectedly and his lyrics are often goofy. The Auto-Tuned vocals on “December Rains,” wherein Cale sings about “Google getting on your nerves,” distort his voice to evoke dark paranoia, while songs like “Nookie Wood” are more playful and lighthearted. Shifty… merges his pop and art-rock phases and throws in some ’80s dance-funk and psychedelic moments to boot.

During his nearly two-hour set, the prolific 70-year-old didn’t speak a word to the audience, Bbt his voice still carries a profound weight, he still knows how to write a song, and (pop sensibilities aside) he still manages to catch you off guard and make you think “Hey, this is weird and new.” On his catchier tunes Cale might do a wacky little gesture or dance, but two minutes later the mood would be dark and “draconian”—a word Cale once used to describe his upbringing in industrial Wales.

The most notable revelation about Cale’s recent direction is simply that the man who studied with Aaron Copland and John Cage, collaborated with La Monte Young and Terry Riley, cofounded the Velvet Underground, and produced artists ranging from Patti Smith to the Modern Lovers is still experimenting with his bizarre transitions—the type that leave you in a haze after one of his concerts, as though you’ve just found yourself standing on the center divider in a road in the middle of nowhere, without shoes, wondering what the hell just happened.