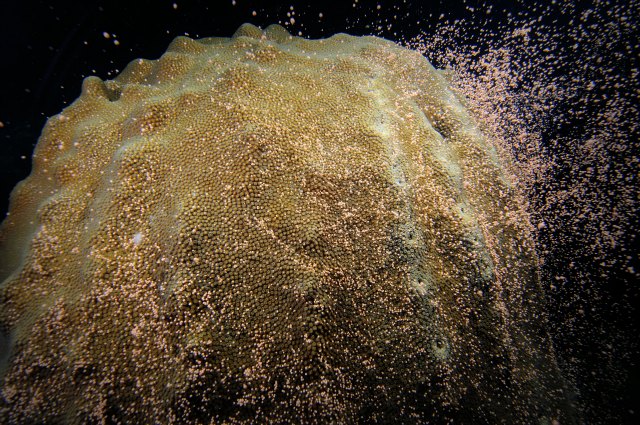 Results are in from the first controlled laboratory tests on how Deepwater Horizon oil and the dispersant Corexit® 9500 affect coral larvae. Conclusion: Baby corals of at least some species are likely to be killed when exposed to oil and are especially likely to die when exposed to dispersants. The results have just been published in the science journal PLOS ONE.

Coral larvae are delicate little beings that drift away from their parents (see video below) to settle on near or distant reefs. The study from Mote Marine Laboratory scientists focused on two coral species—mustard hill coral  (Porites astreoides) and mountainous star coral (Montastraea faveolata)—from the Florida Keys, an area not directly impacted by the spill. Both species are common reef builders in the Gulf and the Caribbean.

The researchers tested larvae in water containing 1) the dissolved components of Deepwater Horizon oil from the source; 2) weathered oil; 3) the dispersant Corexit® 9500; and 4) the combined oil and dispersant. They monitored the coral larvae for 72 hours at different concentrations of each solution, and tested how the mountainous star coral larvae fared in solutions that were slowly diluted over 96 hours.

Highlights from the paper: 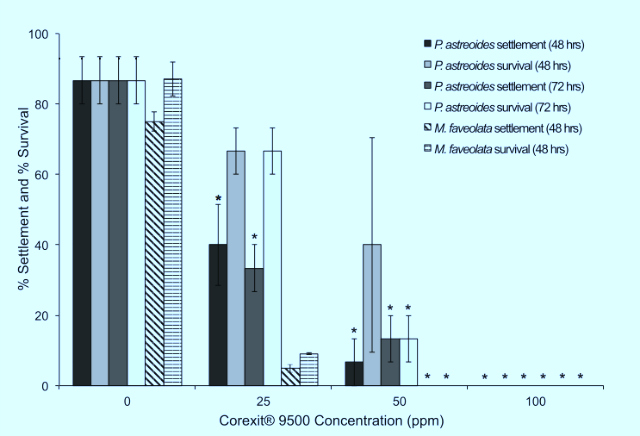 Both species were highly vulnerable to Corexit® 9500:

“Our results support the growing knowledge that certain coral species may fare worse than others during oil spills,” said Kim Ritchie, principal investigator.

“To understand how oil and dispersant could affect wild corals, more research is needed on their complex natural life cycles,” said Kim Ritchie, principal investigator on the emergency Protect Our Reefs grant supporting this study and manager of the Marine Microbiology Program at Mote. “Coral larvae seem to settle with help from landing pads called ‘biofilms’ that are formed by microbes like marine bacteria. This delicate natural process might be interrupted by dispersant and its mixture with oil, so it’s important to know how it works in detail.” 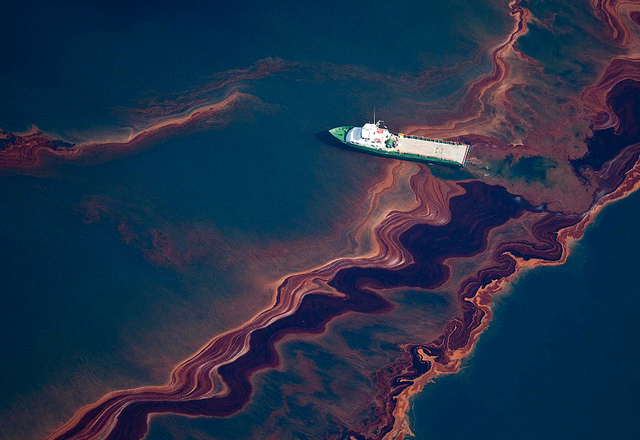 Aerial view of the oil leaked from Deepwater Horizon, May 6 2010: Reuters/Daniel Beltra via Flickr

The Deepwater Horizon rig spewed more than 200 million gallons of oil into the Gulf of Mexico and responders used nearly 2 million gallons of dispersant to try and keep the slicks from reaching shore—a mitigation that likely exacerbated the threats from oil toxins underwater.

*The coral larvae in this study were collected under the government research permit FKNMS-2010-080-A2 issued by the Florida Keys National Marine Sanctuary. Coral reefs within the Sanctuary are protected by federal law.