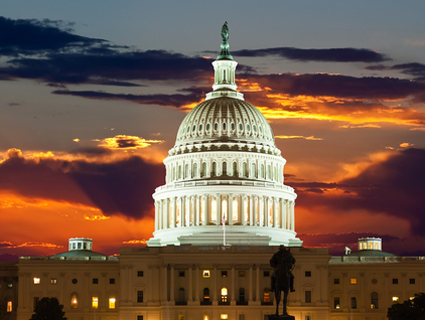 It was an easy target. With Washington at its most dysfunctional (well, almost), Congress took a break this week from doing nothing about the fiscal cliff to hold a critical vote on a bill to…regulate drywall. Drywall! “Tomorrow the house will vote on the drywall safety act of 2012,” Buzzfeed‘s John Stanton tweeted on Saturday. “THANK GOD OUR LONG NATIONAL DRYWALL NIGHTMARE IS OVER.” “Things more urgent than #Sandy relief: Drywall Safety, Frank Buckles WWI monument & “Conveyance of certain property in Kotzebue, AK,” tweeted the Daily Beast‘s John Avlon on Wednesday.

Congress, or at least certain factions within, deserves a lot of the flack it catches. But as it happens, drywall safety is actually pretty serious business—and was the subject of a massive investigation by our friends at Pro Publica:

ProPublica and the Sarasota Herald-Tribune began examining in May 2010 what was—or wasn’t—being done to help people whose homes had been built with contaminated drywall. The problematic drywall, much of it imported from China, emitted foul odors and frequently caused mysterious failures of new appliances and electronics. Worse yet, some residents complained of serious respiratory problems, bloody noses, and migraines.

What ProPublica’s Joaquin Sapien and the Herald-Tribune’s Aaron Kessler discovered: that despite an investigation by the U.S. Consumer Product Safety Commission (CPSC), most of the primary issues remained unresolved; that some builders and suppliers knew early-on that some Chinese-made drywall was problematic but continued using it anyway; that health and structural complaints from people who lived in homes built by Habitat for Humanity in the post-Katrina “Musicians’ Village” were virtually ignored; that a family-owned German company was closely involved in the operations of a Chinese subsidiary that produced some of the tainted drywall; that a proposed settlement for customers who bought bad drywall from Lowe’s offered small payouts to victims and big fees to attorneys; and that bad drywall might be related to 12 infant deaths at an Army base in North Carolina.

In addition to taking steps to make Chinese companies abide by American court decisions, the new law requiring drywall manufacturers to label their products and to limit the amount of sulfur (which can corrode homes).

That’s not to excuse House Republicans for not passing the Sandy relief bill or for basically just setting up a sequel to the fiscal cliff in two months—it’s just that not everything that comes out of Washington is awful.

So we’ve got that going for us, anyway.