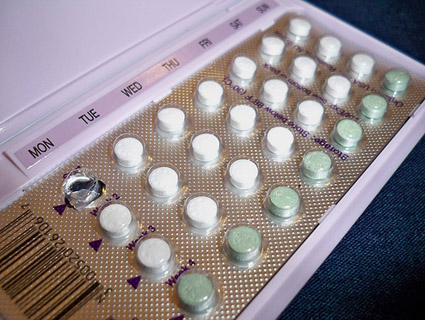 The Obama administration announced a shift in its policy regarding insurance coverage for contraception on Friday. The new policy provides an accommodation for faith-based non-profit organizations to the requirement that their group health insurance plans cover birth control.

The contraception policy previously exempted religious organizations that had “inculcation of religious values” as their main purpose and primarily employed and served people who shared their religious tenets. But other religious organizations that offer services (like meals, education, or health care) to and employ people not of their faith worried that they might not qualify for the exemption. With the new accommodation, those non-profits would have to certify that they oppose providing the contraceptive services required under the law; after they do that, they’d be given a pass from providing contraceptive coverage in their group health insurance plans. Instead, those women will get a separate plan directly from the insurance company that covers contraception.

This issue had been the subject of several lawsuits filed by religious-affiliated institutions like hospitals, schools, and social service organizations that believed they should not have to provide coverage for things that don’t align with their religious beliefs.

The new policy also changes the category of organizations that can qualify for a full exemption from the policy to the IRS’ definition, which includes all  “churches, other houses of worship, and their affiliated organizations.” These organizations don’t have to provide contraception coverage at all if they oppose it.

One group that has been hoping for an opt-out for contraception coverage that didn’t get it: Private-sector CEOs who personally oppose birth control will not be able to remove it from employees’ plans.

Reproductive rights groups praised the change as a smart compromise. NARAL Pro-Choice America said in a statement that it is “optimistic that these new draft regulations will make near-universal contraceptive coverage a reality.”

“This policy delivers on the promise of women having access to birth control without co-pays no matter where they work,” said Planned Parenthood President Cecile Richards. “Of course, we are reviewing the technical aspects of this proposal, but the principle is clear and consistent. This policy makes it clear that your boss does not get to decide whether you can have birth control.”

This story has been corrected to clarify the new policy.