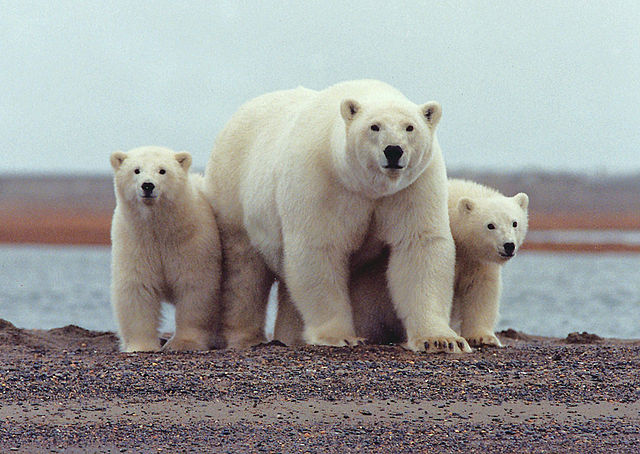 A team of leading polar bear ecologists called for nations to make plans now for dealing with ongoing—and soon to be critical—threats to the survival of polar bears. The biggest problem for this iconic Arctic species is the mindblowingly fast disappearance of sea ice. Their paper appears in Conservation Letters. 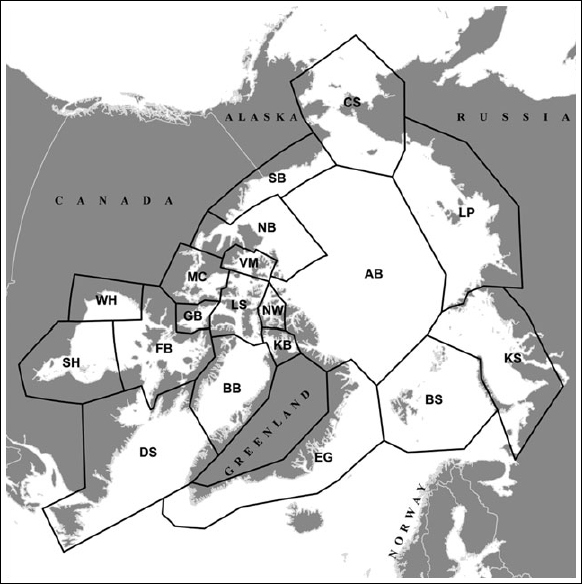 It’s not going to be easy to mitigate these challenges, the authors warn. There are 19 populations of polar bears worldwide. Some—like the Western Hudson Bay (WH, in the map above) bears and the Davis Strait (DS) bears—experience complete sea ice melt in summer that forces them onto land where they’ve got nothing to eat and can only burn through their own fat until the ocean refreezes.

For other populations—the Chukchi Sea (CS), Laptev Sea (LS), and Barents Sea (BS)—many bears remain on drifting pack ice and multiyear ice year round. The problem is that a lot of that pack ice is now retreating far beyond the continental shelf where ocean productivity is higher and polar bear prey more numerous. Meanwhile multiyear ice is disappearing rapidly throughout almost all the Arctic. 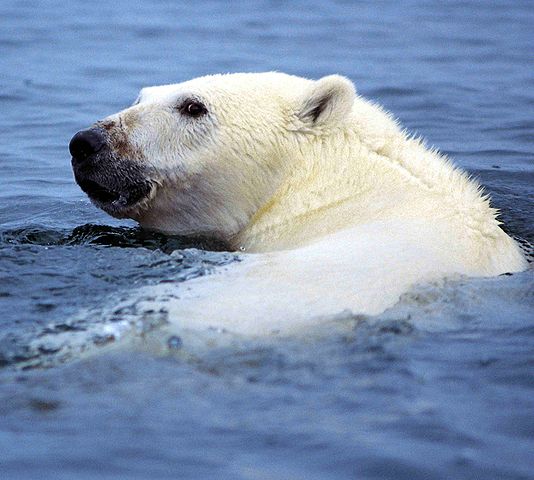 Here’s what we know happens to bears forced ashore for too long in summer, or kept far offshore on multiyear ice:

How bad will it get? In an earlier paper one author predicted the extinction of polar bears in two thirds of their range by 2050. That’s because low ice years will increase as long as greenhouse-gas-induced warming continues—until almost all years will be bad for polar bears. For example:

When superimposed over the long-term declining trend, annual variability in sea ice makes it increasingly likely that we will soon see a year where sea ice availability for some polar bear populations is below thresholds for vital-rates. Malnutrition at previously unobserved scales may result in catastrophic population declines and numerous management challenges.

If you have the stomach for it, there’s a desperately tragic video of a polar bear mother and her two cubs dying of starvation here. Be forewarned: this is graphic and ghastly. But it’s also a sign of what’s happening now and what’s to come for many many more bears in the future. Knowledge of these kinds of events was one of the reasons this paper was written, lead author, and author of Polar Bears: A Complete Guide to their Biology and Behavior, Andrew Derocher told me. 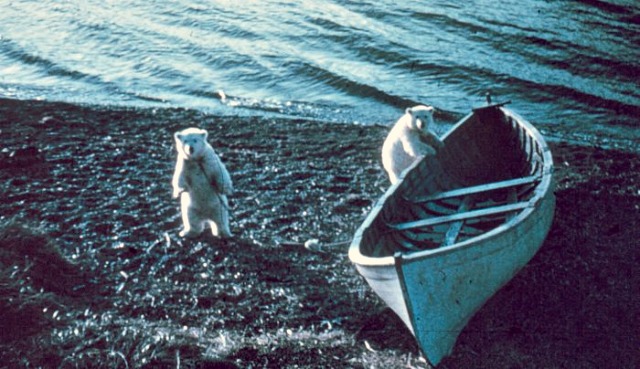 Orphaned polar bear cubs being sent to a zoo: NOAA via Wikimedia Commons

It’s not just about bears either. Starving bears forced ashore are already a threat to local communities and that’s only likely to get worse in the near future. The authors write:

The most intensive program for dealing with human-bear interactions, the Polar Bear Alert program in Churchill, Manitoba, Canada, includes extensive hazing, relocation, and temporary housing of bears to mitigate conflict during the ice-free period. That program is expensive and may not be easily applied in small northern communities with limited resources. Nonetheless, we encourage alternatives to killing problem bears, which is a common outcome in northern communities. The Churchill program was established before the effects of climate change were recognized and it is unclear whether it will remain adequate as warming continues. Bears temporarily held in captivity are not currently fed so the cost of temporary holding will increase when the ice-free period extends beyond the fasting capacity of captive bears. Less-expensive options such as reducing attractants and securing storage of food should be included along with plans for increased deterrent capabilities. Training and equipping community polar bear monitors, along with extensive public education and inter-jurisdictional agreements, should be planned to help assure human safety. 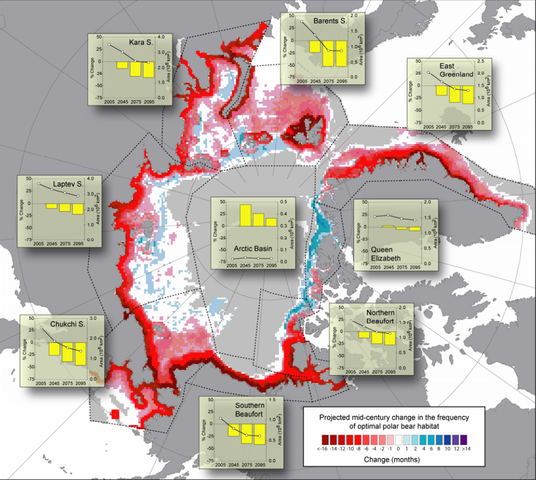 Derocher also pointed me towards this successful World Wildlife Fund Canada project to protect villagers from hungry, shore-bound bears in the Hamlet of Arviat, Nunavut.

Among the authors’ other concerns: 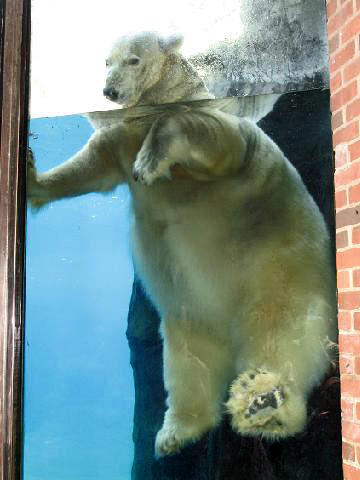 Considering the global attention paid to polar bears, managers will be forced to respond to sudden changes in environmental conditions that negatively affect polar bears. We believe that managers and policy makers who have anticipated the effects, consulted with stakeholders, defined conservation objectives, created enabling legislation, and considered possible management actions will be most able to effectively respond to large-scale negative changes.

Andrew Derocher told me: “One thing we try to make clear is that we don’t necessarily recommend any of these options but lay them out for consideration and discussion. Further, we don’t view these desperate measures as a replacement for dealing with greenhouse gasses.  If we don’t deal with climate change we won’t have any polar bear habitat left.”