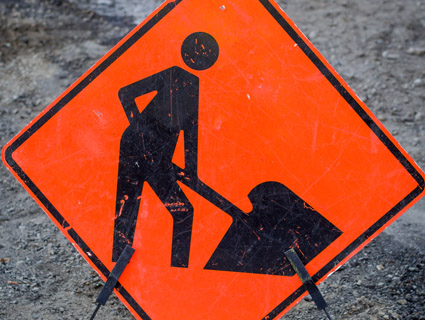 Here’s a way to cut carbon emissions that is so easy, it actually makes you do less work: cutting back on your work hours. A new study from the Center for Economic and Policy Research concludes that if we all worked fewer hours, we could cut future global warming by as much as 22 percent by 2100.

“The calculation is simple: fewer work hours means less carbon emissions, which means less global warming,” says economist and paper author David Rosnick. His research found that dialing back the amount of time the average person works by 0.5 percent per year would mean a significant reduction in greenhouse gas emissions. If you work 40 hours a week, that would mean shaving about 12 minutes off the average work week per year. Working one minute less per month seems pretty doable. Basically, we’re using a whole lot more of everything when we’re working–electricity, gasoline, heating, air conditioning, etc. Leisure is requires less greenhouse-gas-producing activity.

Rosnick notes that much of the anticipated future global warming is locked in by the amount of greenhouse gas emissions we’ve already put in the atmosphere. But cutting back on work time could eliminate a quarter to a half of the global warming anticipated from future emissions, he argues. But he acknowledges that this is a more difficult proposition in an economy like the United States that has major inequality between high- and low-income earners. He explains:

In the United States, for example, just under two-thirds of all income gains from 1973–2007 went to the top 1 percent of households. In this type of economy, the majority of workers would have to take an absolute reduction in their living standards in order to work less.

Europeans have already gone this route, expanding the amount of time workers get for vacation and holidays. The US, instead, has plugged forward with ever-longer work days. But as Rosnick argues, cutting back on the number of hours we work may increase our productivity in the time we are working.

“Increased productivity need not fuel carbon emissions and climate change,” said CEPR co-director Mark Weisbrot in a statement accompanying the paper. “Increased productivity should allow workers to have more time off to spend with their families, friends, and communities. This is positive for society, and is quantifiably better for the planet as well.”