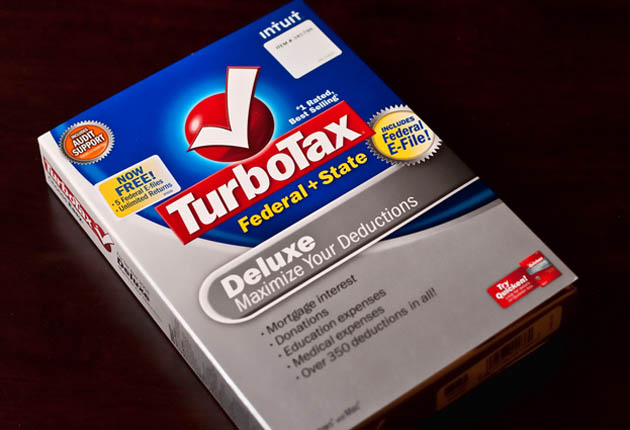 This story was co-produced with NPR. It originally appeared on the ProPublica website.

Imagine filing your income taxes in five minutes—and for free. You’d open up a pre-filled return, see what the government thinks you owe, make any needed changes, and be done. The miserable annual IRS shuffle, gone.

It’s already a reality in Denmark, Sweden and Spain. The government-prepared return would estimate your taxes using information your employer and bank already send it. Advocates say tens of millions of taxpayers could use such a system each year, saving them a collective $2 billion and 225 million hours in prep costs and time, according to one estimate.

The idea, known as “return-free filing,” would be a voluntary alternative to hiring a tax preparer or using commercial tax software. The concept has been around for decades and has been endorsed by both President Ronald Reagan and a campaigning President Obama.

“This is not some pie-in-the-sky that’s never been done before,” said William Gale, co-director of the Urban-Brookings Tax Policy Center. “It’s doable, feasible, implementable, and at a relatively low cost.”

So why hasn’t it become a reality?

Well, for one thing, it doesn’t help that it’s been opposed for years by the company behind the most popular consumer tax software—Intuit, maker of TurboTax. Conservative tax activist Grover Norquist and an influential computer industry group also have fought return-free filing.

Intuit has spent about $11.5 million on federal lobbying in the past five years—more than Apple or Amazon. Although the lobbying spans a range of issues, Intuit’s disclosures pointedly note that the company “opposes IRS government tax preparation.”

The disclosures show that Intuit as recently as 2011 lobbied on two bills, both of which died, that would have allowed many taxpayers to file pre-filled returns for free. The company also lobbied on bills in 2007 and 2011 that would have barred the Treasury Department, which includes the IRS, from initiating return-free filing.

Intuit argues that allowing the IRS to act as a tax preparer could result in taxpayers paying more money. It is also a member of the Computer & Communications Industry Association (CCIA), which sponsors a “STOP IRS TAKEOVER” campaign and a website calling return-free filing a “massive expansion of the US government through a big government program.”

In an emailed statement, Intuit spokeswoman Julie Miller said, “Like many other companies, Intuit actively participates in the political process.” Return-free programs curtail citizen participation in the tax process, she said, and also have “implications for accuracy and fairness in taxation.” (Here is Intuit’s full statement.)

In its latest annual report filed with the Securities and Exchange Commission, however, Intuit also says that free government tax preparation presents a risk to its business.

Roughly 25 million Americans used TurboTax last year, and a recent GAO analysis said the software accounted for more than half of individual returns filed electronically. TurboTax products and services made up 35 percent of Intuit’s $4.2 billion in total revenues last year. Versions of TurboTax for individuals and small businesses range in price from free to $150.

(H&R Block, whose tax filing product H&R Block At Home competes with TurboTax, declined to discuss return-free filing with ProPublica. The company’s disclosure forms state that it also has lobbied on at least one bill related to return-free filing.)

Proponents of return-free filing say Intuit and other critics are exaggerating the risks of government involvement. No one would be forced to accept the IRS accounting of their taxes, they say, so there’s little to fear.

“It’s voluntary,” Austan Goolsbee, who served as the chief economist for the President’s Economic Recovery Advisory Board, told ProPublica. “If you don’t trust the government, you don’t have to do it.”

Goolsbee has written in favor of the idea and published the estimate of $2 billion in saved preparation costs in a 2006 paper that also said return-free “could significantly reduce the time lag in resolving disputes and accelerate the time to receive a refund.”

Other advocates point out that the IRS would be doing essentially the same work it does now. The agency would simply share its tax calculation before a taxpayer files rather than afterward when it checks a return.

“When you make an appointment for a car to get serviced, the service history is all there. Since the IRS already has all that info anyway, it’s not a big challenge to put it in a format where we could see it,” said Paul Caron, a tax professor at University of Cincinnati College of Law. “For a big slice of the population, that’s 100 percent of what’s on their tax return.”

Taxpayers would have three options when they receive a pre-filled return: accept it as is; make adjustments, say to filing status or income; or reject it and file a return by other means.

“I’ve been shocked as a tax person and citizen that this hasn’t happened by now,” Caron said.

Some conservative activists have sided with Intuit.

In 2005, Norquist testified before the President’s Advisory Panel on Federal Tax Reform arguing against return-free filing. The next year, Norquist and others wrote in a letter to President Bush that getting an official-looking “bill” from the IRS could be “extremely intimidating, particularly for seniors, low-income and non-English speaking citizens.”

Norquist, founder of Americans for Tax Reform, declined to comment, but a spokesman pointed to a letter he and other conservatives sent this month to members of Congress. The letter says the IRS wants to “socialize all tax preparation in America” to get higher tax revenues.

Intuit’s political committee and employees have contributed to both. Cantor and his leadership PAC have received $26,100 in the past five years from the company’s PAC and employees. In the last two years, the Intuit PAC and employees donated $26,000 to Lofgren.

A spokeswoman said in an email that Cantor “doesn’t believe the IRS should be in the business of filling out your tax returns for you,” and that the bill was designed to “prevent the IRS from circumventing Congress.”

“The clear goal of this measure is to raise taxes in a way that leaves politicians with clean hands,” he wrote in a letter to the two senators.

Political opposition hasn’t been the only hurdle. Supporters say return-free filing has been overshadowed in a tax debate that has focused more on rates, deductions, and deficits.

Further, return-free filing would not be available to everyone. It’s best for the slice of taxpayers with straightforward returns who don’t itemize or claim various credits.

Still, past studies estimate that this group might include 40 percent of filers or more; the IRS expects to process 147 million individual returns this year.

In separate reports, the CCIA and a think tank that Intuit helps sponsor argue that potential costs outweigh return-free filing’s benefits. Among other things, the reports say that not many taxpayers are likely to use return-free, that new data reporting requirements could raise costs for employers, and that taxpayers could face new privacy and security risks.

The reports and Intuit also note that many taxpayers can already get free tax filing through the Free File Alliance, a consortium involving the IRS and a handful of companies. But last tax year, only about 3 million filers had used Free File, according to a Treasury tally through April 28.

In an SEC filing, Intuit said it provided about 1.2 million free federal returns for the 2011 tax season. The company and competitors typically advertise free federal filing on the Web but also pitch other paid services, such as filing certain state returns.

Government studies have split about whether a return-free system would save or cost the IRS money, according to a 2003 Treasury report. Unless the tax code was simplified, the report said, it would add work for employers and the IRS, which would have to process tax records sooner.

Eric Toder, co-director of the Urban-Brookings Tax Policy Center, said the IRS, “an overpressed agency that’s being asked to do a lot of things,” shouldn’t be asked to do what software companies could easily do.

James Maule, a professor at Villanova University School of Law, said the average taxpayer probably wouldn’t scrutinize a pre-filled return for accuracy or potential credits. “Some people might get this thing that says this is your tax bill and just pay it, like with property tax bills,” said Maule.

So far, the only true test case for return-free filing in the US has been in Intuit’s home state.

In 2005, California launched a pilot program called ReadyReturn. As it fought against the program over the next five years, Intuit spent more than $3 million on overall lobbying and political campaigns in the state, according to Dennis J. Ventry Jr., a professor at UC Davis School of Law who specializes in tax policy and legal ethics.

Explaining the company’s stance, Intuit spokeswoman Miller told the Los Angeles Times in 2006 that it was “a fundamental conflict of interest for the state’s tax collector and enforcer to also become people’s tax preparer.”

The following month, an ad in The Sacramento Bee, paid for by the CCIA, cautioned “Taxpayers beware” and said ReadyReturn “could be very harmful to taxpayers.” The ad pointed to a now-defunct website, taxthreat.com, opposing ReadyReturn.

“The government imposed the income tax burden in the first place,” he told ProPublica. “So if it wants to make it easier, for heaven’s sake, why not?”

In a Los Angeles Times op-ed at the time, Campbell wrote he “never saw as clear a case of lobbying power putting private interests first over public benefit.”

Joseph Bankman, a Stanford Law School professor who helped design ReadyReturn, says he spent close to $30,000 of his own money to hire a lobbyist to defend the program in the legislature. Intuit made political contributions to scores of legislative candidates, Bankman said, and gave $1 million in 2006 to a group backing a ReadyReturn opponent for state controller.

ReadyReturn survived, but with essentially no marketing budget it is not widely known. Fewer than 90,000 California taxpayers used it last year—although those who do use it seem to be happy. Ninety-eight percent of users who filled out a survey said they would use it again. The state’s tax agency has also praised ReadyReturns, saying they are cheaper to process than paper returns.

Bankman thinks national return-free filing could make many others happy, too. “We’d have tens of millions of taxpayers,” he said, “no longer find April 15 a day of frustration and anxiety.”