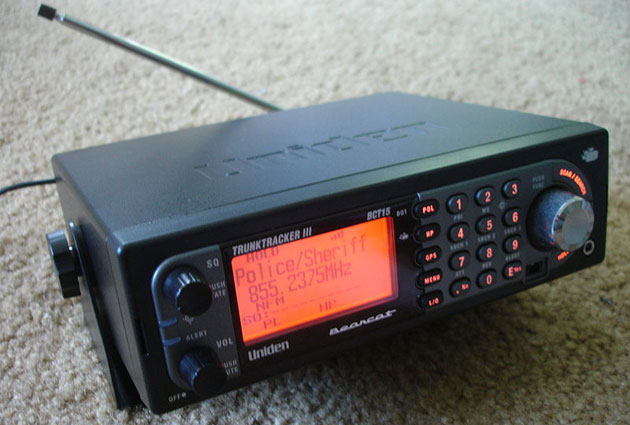 Tens of thousands of people were tracking the manhunt for the Boston Marathon bombing suspects on Friday morning when the police scanner went dark.* City officials had taken to Twitter to chide social-media users for publicizing unverified reports and key details, such as the location of police units. But the decision to shut the scanner down ultimately fell to Broadcastify, a company that offers a free online scanner app. “Boston area law enforcement feeds are temporarily offline to protect law enforcement resources and their efforts during the manhunt underway in the Boston Metro area,” a statement on the firm’s website informed users.

The suspension of the scanner feed was temporary, and by no means comprehensive; it was just a little bit harder to find. But that could soon change. Over the last few years, an increasing number of municipalities have ditched their old scanners for encrypted channels. That, in turn, has left reporters and transparency advocates scrambling to keep up. Given the post-manhunt focus on scanner traffic, Watertown could be the beginning of a big switch. As Breaking News‘ Cory Bergman tweeted, “Safe bet that every major police force in the country will encrypt their radios after this is over.”

Police scanners have been accessible to private citizens and shortwave hobbyists for years, but things have come to a head over the last decade, as technological advancements have made it possible for almost anyone to listen in—and from anywhere.

For now, regulation is fairly weak. In 1997, after a Florida couple secretly recorded a meeting of top House Republicans, Congress considered the Wireless Privacy Enhancement Act, which would have made it illegal for reporters to use scanners to monitor police and fire activity. (The bill passed the House but died in the Senate.) A handful of states, such as Indiana, prohibit the possession of police scanner smartphone apps due to concerns that criminals will use them to better avoid detection when they’re on the run—somewhat redundant, given that it’s already a crime to use police scanner information to aid and abet a crime.

The most popular way of limiting who can listen to scanners, though, is encryption. Washington, DC, switched to an encrypted system two years ago after law enforcement officials grew frustrated with their inability to stop a band of robbers they believed were monitoring police activity on the scanner. Although the city’s crime reporters protested the decision at the time, the police department has made no effort to offer reporters an alternative. Those looking to keep tabs on crime in the city have to make do with sporadic text and Twitter alerts. “Nothing has been provided as far as a workaround, nor are there plans to do so,” says Saray Leon, an MPD public affairs specialist.

But the city’s switch has had consequences. When DC made its switch, Prince George’s County, Maryland, which borders the city, had spent $80 million on communications upgrades, discovered that its new system was incompatible with the District. Bringing it up to speed would cost about $6.5 million.

“I would hope that before any more large metropolitan cities decide to do that they would at least evaluate whether or not their partners in the region where they live will be able to adjust,” says Vernon Herron, a senior policy analyst at the University of Maryland–Baltimore County’s Center for Health and Homeland Security. As Herron points out, interoperability comes with an even steeper price tag. The 9/11 Commission report identified radio communication as one of the major weaknesses in the country’s ability to respond to disasters. Miscommunication, in other words, is a much bigger threat than an ill-informed tweet.

DC’s experiment marked the start of a trend. In February, Phoenix became the largest municipality to encrypt its police patrol communications, although it only turns on the encryption when a major crime is ongoing. According to the Arizona Republic, the tipping point for the department came when a scanner broadcast mentioned the street address of a criminal suspect. Reporters and spectators beat the SWAT team to the house and the suspect fled. Phoenix Police Department spokesman Trent Crump says the switch was partly to protect the police from inadvertently violating public records laws when discussing confidential information across channels. Both the New Orleans Police Department and Jefferson Parish Sheriff Department had originally planned to switch to encrypted services in January, but they backed out at the last minute after a pushback from crime reporters and transparency advocates.

Although law enforcement officials insist that the encryption is designed to shut out criminals, media access has been collateral damage. “It’s not something we’re doing to keep the press out, it’s something that we’re doing to keep our community and our police officers safe,” Washington, DC, Police Chief Cathy Lanier told WAMU in 2011. But the press has been kept out.

The example of Fort Collins, Colorado, is illustrative. Last month, police there announced they had switched to a fully encrypted system for emergency correspondence, at a cost of $1.7 million. But the city’s daily newspaper, the Coloradoan, protested the measure, and was able to secure an agreement: For a one-time $100 fee, they can rent a radio from the police for 24 hours at a time—provided they don’t attempt to hack it, they don’t let anyone outside the newsroom listen in, and they’re fine with only being able to listen to the main dispatch channel.

“We’re hearing much less than we did before the encryption,” says Robert Allen, the paper’s crime reporter. “It’s possible they’re having more conversations on the encrypted channels, CAD, or cellphones.” A recent story on a massage parlor prostitution sting, for instance, took one day longer than it normally would have to report because he was no longer getting clued-in in real-time.

Complicating matters is the general lack of legal avenues for journalists whose scanners go quiet. “We don’t follow this all that closely because we find no basis in law for saying that you can’t do this,” says Gregg Leslie, a staff attorney at Reporters Committee for Freedom of the Press.

Still, for transparency advocates, maybe there’s hope. Although most communities have moved toward encryption, at least one municipality has moved in the other direction in recent years. In 2011, the Santa Cruz, California, police department bucked the trend of Android avoidance by unveiling its very own smartphone app with, you guessed it, a built-in police scanner. As goes California…