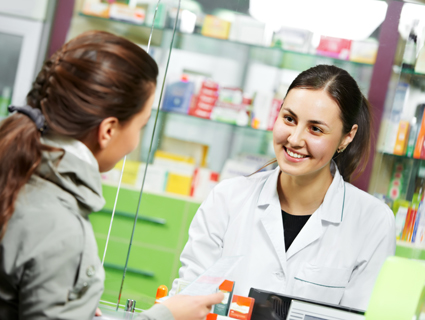 Update, (05/01/2013, 5:30 p.m. PDT): Late Wednesday, the Department of Justice announced that it will in fact appeal Federal District Court Judge Edward R. Korman’s April 5 order to make Plan B One-Step available to all women of reproductive age without a prescription. The DOJ has also asked Judge Korman to stay his order, pending the results of their appeal.

Earlier this month, a federal judge ruled that the emergency contraception drug Plan B One-Step must be made available over the counter to everyone, after the Department of Health and Human Services had decided to make it only available to women older than 16. But a decision that the Food and Drug Administration issued Tuesday afternoon has left some wondering if the Obama administration plans to challenge Federal District Court Judge Edward R. Korman’s April 5 decision.

Teva Women’s Health Inc., which makes the drug, had initially applied to make Plan B One-Step available over the counter for all females of reproductive age, but the FDA denied that request back in December 2011. The company then submitted an amended application asking the FDA to approve Plan B One-Step for sale without a prescription for women 15 years of age and older, which is what today’s decision approved.

From the FDA’s release (emphasis theirs):

The product will now be labeled “not for sale to those under 15 years of age *proof of age required* not for sale where age cannot be verified.” Plan B One-Step will be packaged with a product code prompting a cashier to request and verify the customer’s age. A customer who cannot provide age verification will not be able to purchase the product. In addition, Teva has arranged to have a security tag placed on all product cartons to prevent theft.

“These are daunting and sometimes insurmountable hoops women are forced to jump through in time-sensitive circumstances.”

While Tuesday’s decision only applies to one brand of emergency contraception and does lower the age barrier for that brand, it does not remove the age requirement entirely. It also maintains an ID requirement to purchase the product. These restrictions, reproductive rights groups have argued, create a barrier to all women who want to buy the drug, not just women under 15, since it means that in practice the drug is only available to those with a government-issued ID. The FDA stipulated in the release that this decision is “is independent of” the lawsuit, that Teva had submitted the application before the judge’s decision, and the announcement “is not intended to address the judge’s ruling.”

But its release has reproductive rights advocates wondering if this is a precedent for how the Obama administration intends deal with emergency contraception. The judge’s decision required the FDA to make emergency contraception available over-the-counter for everyone by May 6. If the Obama administration plans to abide by the court’s ruling, some advocates wondered, why make this announcement at all?

“The FDA is under a federal court order that makes it crystal clear that emergency contraception must be made available over the counter, without restriction to women of all ages by next Monday,” said Nancy Northup, president of the Center for Reproductive Rights, which filed the lawsuit prompting the judge’s decision. “These are daunting and sometimes insurmountable hoops women are forced to jump through in time-sensitive circumstances, and we will continue our battle in court to remove these arbitrary restrictions on emergency contraception for all women.”

A spokesman at the FDA referred Mother Jones to the Department of Justice, which is handling the lawsuit, for comment on the administration’s plans on the court decision. “The Department of Justice is considering next steps in the litigation,” said the FDA’s in its release. “In the meantime, the FDA took independent action to approve the pending application on Plan B One-Step for use without a prescription by women 15 years of age or older.”