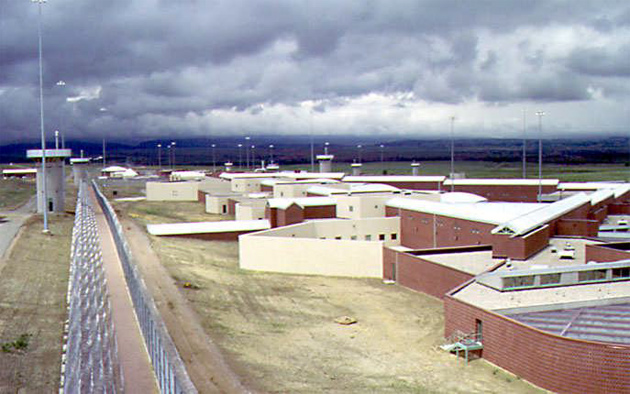 The “Alcatraz of the Rockies” Bacote et al. v. Federal Bureau of Prisons

“If you can’t do the time, don’t do the crime.” So goes the old saying. Yet conditions in some American facilities are so obscene that they amount to a form of extrajudicial punishment.

Doing time is not supposed to include being raped by fellow prisoners or staff, beaten by guards for the slightest provocation, driven mad by long-term solitary confinement, or killed off by medical neglect. These, however, are the fates of thousands of prisoners every year—men, women, and children housed in lockups that give Gitmo and Abu Ghraib a run for their money.

The United States boasts the world’s highest incarceration rate, with close to 2.3 million people locked away in some 1,800 prisons and 3,000 jails. Most are nasty places by design, aimed at punishment and exclusion rather than rehabilitation; while reliable numbers are hard to come by, at last count 81,622 prisoners were being held in some form of isolation in state and federal prisons.

Thousands more are being held in solitary at jails, deportation facilities, and juvenile-detention centers. Nearly 1 in 10 prisoners is sexually victimized, by prison employees about half of the time—more than 200,000 such assaults take place in American penal facilities every year (PDF), according to estimates compiled under the federal Prison Rape Elimination Act. Suicides, meanwhile, account for almost a third of prisoner deaths, per the Bureau of Justice Statistics, while an unknown number of fatalities result from substandard nutrition and medical care.

While there’s plenty of blame to go around, and while not all of the facilities described in this series have all of these problems, some stand out as particularly bad actors. We’ve compiled this subjective list of America’s 10 worst lockups (plus a handful of dishonorable mentions) based on three years of research, correspondence with prisoners, and interviews with reform advocates concerning the penal facilities with the grimmest claims to infamy. We will be rolling out profiles of the contenders over the next 10 days, complete with photos and video. To start off, let’s travel to Florence, Colorado, to visit the “Alcatraz of the Rockies.” 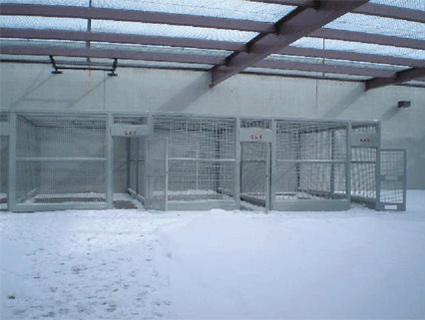 The basics: Known as ADX, and nicknamed the “Alcatraz of the Rockies,” this is among the most secure prisons in the world—and one of the most isolating: Many of its cells, fashioned out of poured concrete with solid steel doors, are equipped with built-in showers and automated chutes that open onto private concrete “exercise yards,” such that occupants need never see a guard or fellow prisoner—much less a visitor. One former warden interviewed by 60 Minutes called it “pretty close” to hell.

Some ADX prisoners have killed guards or prisoners at other facilities. But many others land here by virtue of their notoriety or politics. Unabomber Ted Kaczynski, shoe bomber Richard Reid, and Oklahoma City conspirator Terry Nichols are all notable personages, to be sure, but none of them has been shown to present any special security risks in an ordinary prison environment. Many of those housed at ADX are Muslims serving time for low-level terrorism offenses—such as Syed Fahad Hashmi, convicted of helping to supply Al Qaeda with socks and rain ponchos.

The backlash: ADX residents have been the plaintiffs in a number of lawsuits claiming cruel and unusual punishment. Consider the following quote from a class-action filed on the prisoners’ behalf last June, keeping in mind that the Bureau of Prisons (BOP) has a policy against housing the mentally ill at ADX: 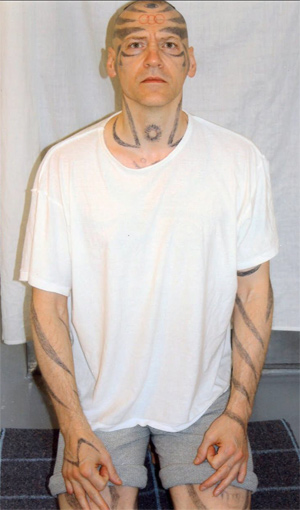 Many prisoners at ADX interminably wail, scream, and bang on the walls of their cells. Some mutilate their bodies with razors, shards of glass, sharpened chicken bones, writing utensils, and whatever other objects they can obtain. A number swallow razor blades, nail clippers, parts of radios and televisions, broken glass, and other dangerous objects. Others carry on delusional conversations with voices they hear in their heads, oblivious to reality and to the danger that such behavior might pose to themselves and anyone who interacts with them. Still others spread feces and other human waste and body fluids throughout their cells, throw it at the correctional staff and otherwise create health hazards at ADX. Suicide attempts are common; many have been successful.

This particular lawsuit details the case of Jack Powers, a convicted bank robber who landed at ADX after escaping from another prison. Powers, according to his suit, “had no history or symptoms of serious mental illness” when he arrived at ADX 11 years ago. While there, in addition to repeated suicide attempts, he has removed one of his testicles, bitten off a finger and amputated another one, sliced off his earlobes, and severed his Achilles tendon. ADX officials, the lawsuit alleges, in some instances treated these acts of self-mutilation as disciplinary violations.

In June 2012, a Senate Judiciary Subcommittee held the first-ever Congressional hearings on solitary confinement, and grilled BOP director Charles Samuels about conditions at ADX. This past February, the BOP announced that it would be undergoing an “assessment” of its solitary-confinement practices.

Watch: The Gray Box, a short documentary on solitary confinement produced by the Ochberg Society for Trauma Journalism.

Next prison: “The hardest place to do time in Texas.”