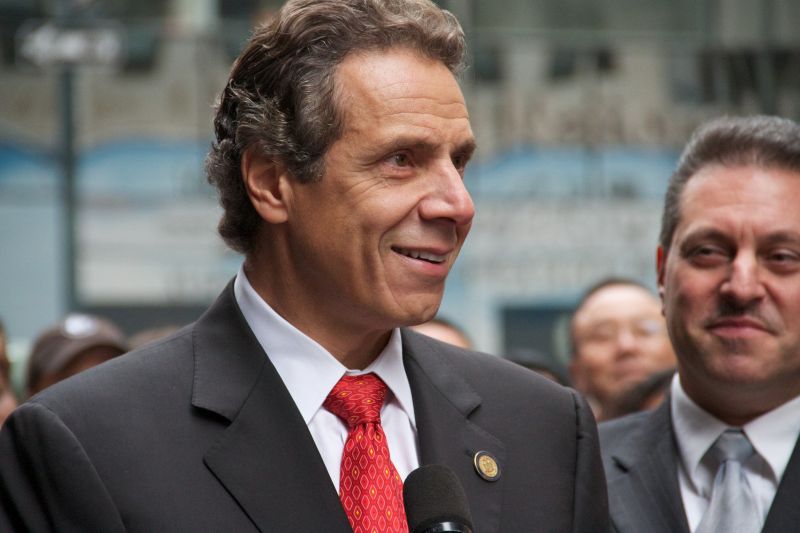 It’s crunch time in New York State. For more than a year, reformers fighting to get big money out of politics have asked, nudged, and cajoled New York lawmakers and Gov. Andrew Cuomo to pass new legislation enticing candidates to spurn big-dollar checks from wealthy donors in favor of lots of small donations from everyday voters. New York, for the reformers, is the front line in the post-Citizens United battle against big-money politics. Now, the reformers have just six to seven weeks to get the job done. A big question looking over their final blitz is this: Will Cuomo fully commit himself to their plan?

The coalition pushing for political money reform in New York State is led by Citizen Action of New York, the Brennan Center for Justice, Common Cause New York, the Working Families Party, and a handful of labor unions. They have the support of dozens more progressive stalwarts, not to mention an unlikely mix of donors, business types, and more. They want for New York State what New York City already has: A so-called public match system, in which small-dollar donations raised by candidates are matched six times over by public funds. So a candidate who raises, say, $50 from small donors receives $300 in matching funds. The more small donations a candidate reels in, the more matching money she gets. You get the point.

In Albany, the political calculus is straightforward enough. The Democratic-controlled New York State Assembly is already onboard with the reformers’ plan: Assembly Speaker Sheldon Silver recently introduced his own bill that includes the matching system the reformers want.

The state Senate is where things get tricky. A strange coalition of “independent” Democrats and Republicans controls the upper chamber, albeit tenuously. The leaders of that coalition are divided over their support for a public financing bill: Jeff Klein, the leader of the independent Democrats, has a public financing bill of his own, but the top Republicans oppose any new reforms. Reformers are confident they have the votes to pass good legislation, but getting to a Senate-wide vote is the biggest hurdle, says David Donnelly, executive director of the Public Campaign Action Fund. “The big question is: how do they get a bill to the floor?” he asks.

Donnelly says he and his allies are planning an all-hands-on-deck blitz to press the state Senate into action. Reformers will heavily lobby state senators and their staffers in the coming weeks, while also launching door-to-door canvassing efforts in key districts and hosting community forums on the need for public financing throughout New York. Organizing for Action, the rebooted version of President Obama’s 2012 presidential campaign, will mobilize its 700,000-plus members in New York State on the public financing issue. Right now, the three senators in the reformers’ crosshairs are Mark Grisanti of Buffalo and Lee Zeldin and Philip Boyle of Long Island. Reformers say they’ll pressure additional senators before the legislature’s session ends in June.

In a briefing with reporters, Jonathan Soros, one of the leading funders and advocates for public financing in New York, explained that reformers see the state’s recent corruption scandals as a boon to their efforts. On April 1st, federal prosecutors announced that they’d caught State Sen. Malcolm Smith, one of those “independent” Democrats, trying to bribe his way onto the New York mayoral ballot (as a Republican, no less). The investigation ensnared not only Smith but also two New York City Republican officials who offered to help get Smith on the ballot. Instead, Smith and his buddies ended up as Albany’s latest cautionary tale of political corruption. And with corruption in the headlines, Soros says, there may be no better time to make the case for political money reform.

But neither Soros nor Donnelly can say whether Cuomo will go the distance on reform. Publicly, Cuomo has said exactly what the reformers want to hear: He’s stumped for it his “State of the State” speeches, crowed to the press about the need to clean up state politics, and held the first tele-town hall of his governorship with 1,350 activists pushing for a public financing bill. But the reformers say they’re unsure if this is an issue on which Cuomo intends to get dirty, to twist the arms of wobbly lawmakers and do whatever it takes to pass a bill. That’s what he did on gay marriage and gun control, two major legislative victories of his tenure.

Reformers intend to use a mix of “carrots and sticks,” as Soros put it, to win Cuomo’s full support. Soros, Donnelly, and the reformers know that Cuomo’s involvement is crucial, but they say they won’t shy away from calling him out if he fails to step up on this issue. “Our principal thesis,” Soros says, “is that there are consequences for political inaction on this issue.”