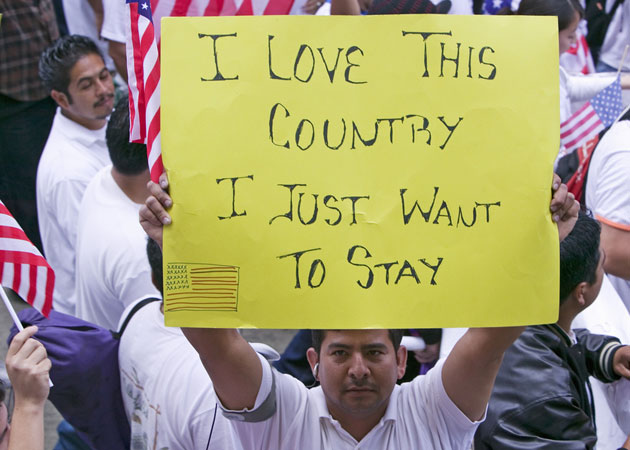 The Heritage Foundation report on the costs of immigration reform co-authored by controversial scholar Jason Richwine has been widely debunked, and Richwine himself has resigned from Heritage in the wake of revelations about his history of arguing that blacks and Latinos are dumber than Jews and Irish people. But Richwine’s study was even worse than previously thought, according to a new Scholars Strategy Network brief (PDF) by Richard Alba, a sociology professor at the Graduate Center of the City University of New York who studies immigration and assimilation. Alba’s review of the report concludes that Richwine and Robert Rector, a Heritage research fellow, made several basic errors that, collectively, overstated the costs of amnesty for the country’s 11 million immigrants by more than $4 trillion.

Richwine’s report estimates that, over the next 50 years, immigrants legalized through amnesty would receive a collective $9.4 trillion in government benefits and services and pay just $3.1 trillion in taxes, resulting in $6.3 trillion in new costs. Alba estimates that, “according to the report’s own logic,” that new costs number should be closer to $2 trillion, not $6.3 trillion. Even then, Alba writes, this adjusted figure is unreliable because the report uses unreliable 2010 figures from the height of the recession.

There are three other major problems that inflate the Heritage report’s estimate, Alba argues:

Darrell West, an expert on immigration policy at the Brookings Institution, agrees with Alba’s critiques of the Heritage report. “It is very problematic because it uses inaccurate assumptions to estimate costs and benefits, overestimating the cost and underestimating the benefits,” he says.

Alba argues that because of the influence a similarly specious 2007 Heritage immigration report had in defeating reform legislation, “reform proponents need to be cautious about concluding that a stake has been driven through the heart of the new report.”

West is more optimistic: “I’d be surprised if this study were decisive just because it has been criticized so roundly, both by Democrats and Republicans,” he says. “That’s a very different situation than 2007, when it was seen as a credible report and did not suffer the criticisms that this report has gotten.”

In either case, Alba writes, “The inevitable conclusion is that the report wildly overstates the costs of legalization and is worthless for an understanding of its fiscal ramifications.”