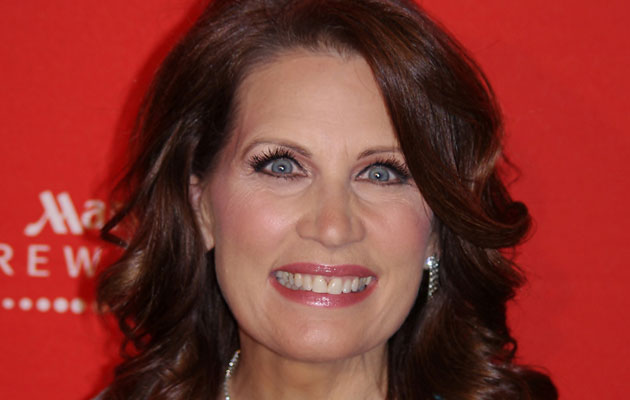 Is he crazy? Once caught with 30 mg of Valium in his underwear. Lived in a Fort Worth park for a year with a homeless man he compared to Lenny from Of Mice and Men. Warned that sex ed classes were teaching kids the virtues of bestiality. Started an AR-15 sweepstakes for his constituents. Actual campaign bumper sticker: “If babies had guns they wouldn’t be aborted.”
Put it in granite: “The best thing about the Earth is if you poke holes in it oil and gas come out.”
Do people care? Stockman has had no discernible impact on public policy and Democrats have written off his seat—he won his last race by 44 points.

Is he crazy? Hired private security guards who handcuffed a reporter during failed 2010 Senate run. Argued that unemployment benefits, Social Security, and Medicare are unconstitutional. Wrote a column for birther site WorldNetDaily alleging that President Obama should be impeached for secretly giving away American islands to Russia.
Put it in granite: “Obama’s State Department is giving away seven strategic, resource-laden Alaskan islands to the Russians. Yes, to the Putin regime in the Kremlin.”
Do people care? Only if he wins.

Is he crazy? Compared the Affordable Care Act to the “war of Yankee aggression.” Pointed out alarming similarities between Obama and Hitler. Worries that the federal government will force people to eat fruits and vegetables. Believes Southerners will die of hyperthermia if clean energy laws are passed.
Put it in granite: “All that stuff I was taught about evolution and embryology and the Big Bang Theory, all that is lies straight from the pit of hell.”
Do people care? An outspoken critic of science, Broun’s position on the House Science Committee has alarmed such high-profile scientists as Bill Nye.

Is he crazy? World-record holder for fastest flight around the world. Described as a “certified nutcase” by a former Utah Republican politician and “Glenn Beck on steroids” by a former Utah Democratic politician. Wrote end-times novels that have been endorsed by Glenn Beck. Expressed concern that protecting species from extinction, while noble, “harm[s] people” too much.
Put it in granite: “My true worldview is just the opposite of [the] apocalyptic. Look, I know we’re going to have challenges and, who knows, maybe there will be a zombie apocalypse or something like that.”
Do people care? Stewart hails from a safely Republican district, but Republicans and Democrats alike have expressed concerns about his fringe views. He’s also skeptical about climate change and chairs a House subcommittee on the issue.

Is he crazy? Opposed gun control by comparing gay marriage to bestiality. Supported Alaska oil drilling so that caribou would have more sex. Cosponsored a birther bill. Wanted Congress to investigate the threat of Shariah law in America. Sounded alarm about terrorists who “are now being trained to come in and act like Hispanic[s].” Sounded alarm about terrorists who are babies.
Put it in granite: “The attorney general will not cast aspersions on my asparagus.”
Do people care? Gohmert represents an overwhelmingly conservative district and is better known for his outrageous statements than his impact on public policy.

Is she crazy? Compared Obama to “Louis XIV, the Sun King.” Said Democrats passed the Affordable Care Act “simply to control our lives.” Supported defunding the Justice Department to stop Attorney General Eric Holder’s lawsuit against an Arizona immigration bill that allows racial profiling. Insinuated that terrorists were behind the proposal to build an Islamic community center in Manhattan a few blocks from ground zero.
Put it in granite: “The terrorists haven’t won, and we should tell them in plain English, ‘No, there will never be a mosque at ground zero.'”
Do people care? After Republicans won control of North Carolina’s state Legislature in 2010 and redrew congressional district lines in the state, Ellmers moved from a competitive district to a safe seat. She’s only serving her second term in the House but is already considering a Senate bid against Democrat Kay Hagan.

Is he crazy? Believes George Soros masterminded a plot to ban golf and force Americans into “hobbit homes.” Said that “Shariah law is an enormous problem” in the United States. Thinks states have the constitutional right to disregard federal law. Bragged that he helped nullify a gay divorce. Thinks Harvard Law School has been overrun by communists.
Put it in granite: “I think President Obama is the most radical president we’ve ever seen.”
Do people care? Called the “next great conservative hope” by the National Review, Cruz may have presidential aspirations. But his Senate obstructionism has annoyed more compromise-minded Republican colleagues, including John McCain, whom Cruz said he doesn’t trust.