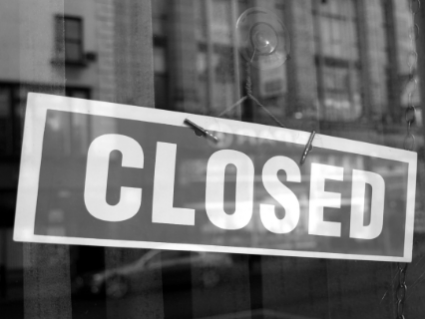 In March, shortly after President Barack Obama signed an extension of the Violence Against Women Act into law, the Justice Department’s Office on Violence Against Women sent an email to the hundreds of nonprofits and government agencies around the country that rely on its annual grants. The message was grim: Due to cuts mandated by the 2011 Budget Control Act, better known as sequestration, programs that fight domestic violence and sexual assault would see a $20 million drop in funding over the next year. It was Washington at its most inept: Almost immediately after renewing VAWA, a popular law intended to help victims of abuse, Congress had stunted its own efforts, leaving already cash-strapped programs looking for ways to scrape by.

In the months since sequestration kicked in, Congress acted swiftly to restore funding for tuition aid for active-duty service members and prevent unpopular furloughs at the Federal Aviation Administration. But lawmakers have shown little interest in restoring funding to programs that deal with domestic violence and sexual assault.

“The tower is understaffed and the rescue plane can’t land,” says Kim Gandy, president and CEO National Network to End Domestic Violence. “We’re talking about really vital services to people who are already in a terrible situation and really in need of emergency services—and there aren’t alternatives.”

The projections are bleak. Sen. Tom Harkin’s (D-Iowa) office estimates that 70,120 fewer domestic violence victims will have access to recovery programs and shelters; 35,900 fewer people will get help obtaining non-shelter services such as restraining orders and sexual assault treatment. Cuts to programs related to the Victims Against Crime Act will hurt another 310,574 people. And the effects are already being felt:

Domestic violence programs were, for the most part, already pressed for cash before sequestration, subsisting mostly on a patchwork of state and federal grants, and private donations. A 5 percent cut in Utah is particularly is particularly painful because the state is almost wholly reliant on federal funding.

“The rural areas are so remote that for the services that are available, there are many people that can’t access services to begin with,” says Peg Coleman, executive director of the Utah Domestic Violence Council. “So 5 percent of a very skeletal budget has an enormous impact.”

Just last year, the oldest shelter in Utah, at the YWCA in Salt Lake City, closed down an entire wing of its building due to diminishing federal funding—a loss of about 30 beds.

“That’s the choice: Do we not respond?” Coleman says. “I don’t know that we can keep doing this. We can’t keep doing a response of 80 hours on a 20-hour salary. It’s not sustainable and it’s not humane.” Advocates have asked lawmakers to restore at least some of the funding that has evaporated over the last year. And perhaps the quick response to the FAA cuts is an indication that a concerted lobbying effort really is an antidote to the worst of sequestration. But Gandy, who casts her work as a matter of literal life and death, fears for the worst.

“They’re gonna wait for more pain, and maybe wait for some woman who couldn’t get emergency shelter to be murdered.”