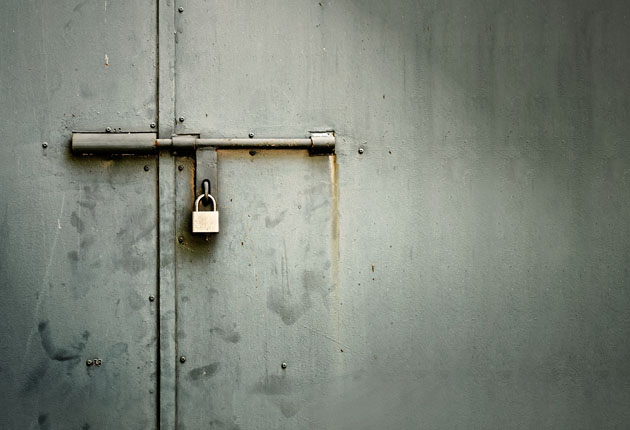 In the solitary confinement unit of East Mississippi Correctional Facility, it’s common for inmates to set some clothing or an old milk carton on fire to get an officer’s attention when they are in desperate need of a doctor—or if, say, their cell has been flooded by a broken pipe. Otherwise, it might be days before anyone took notice, according to a class-action lawsuit filed last week by the American Civil Liberties Union.

The fires sometimes got the guards’ attention, but not always in the way the inmates were hoping: At least one inmate, the suit claims, was maced by a corrections officer through his feeding slot. EMCF is a private, for-profit prison that houses seriously mentally ill patients, and the ACLU’s lawsuit reads like a catalog of horrors.

Alongside claims of rapes, beatings, and inadequate medical care, you’ll read about vermin, prisoners defecating in styrofoam cups because nobody fixed their toilets, a dead man walking (so to speak), and a “ping-pong” toilet where feces mysteriously appears after toilets in nearby cells are flushed.

Here are a few examples taken directly from the lawsuit, which, if true, would make EMCF yet another contender for our series of America’s 10 worst prisons. (Bold emphasis ours.) The East Mississippi Correctional Facility did not return Mother Jones‘ request for comment.

Jermaine Dockery, whose medication dosage was increased without him seeing a psychiatrist:

In late 2012, Mr. Dockery hanged himself until he lost consciousness. Staff cut him down and gave him oxygen before stripping him naked and locking him in an isolation cell. He was not taken to the emergency room. He reports that he was not seen by a psychiatrist while he was under suicide precautions.…Mr. Dockery met with a mental health staff member, who was not a psychiatrist, who recommended that his medication dosage be increased. Although he did not see a psychiatrist, his dose was, indeed, increased.

The light is constantly on in Mr. Dockery’s cell and has been since February 2012. The flush-button on his toilet is missing. Mice crawl out of his toilet at night. Fires are a common occurrence in solitary and the air is thick with smoke. In March 2013, Mr. Dockery told and officer that he could not breathe due to the smoke. The officer responded that he “didn’t give a fuck” and slammed the tray slot closed on Mr. Dockery’s wrist.

A 16-year-old with severe mental illness who was moved to EMCF and placed in solitary there:

He is of small stature and appears young for his age. He has a long history of being physically and sexually abused in addition to suffering from a traumatic brain injury, limited intellectual functioning, self-harm, and psychosis…On January 10, 2012, when Doe Jr. had been at EMCF for more than four months, much of that time in isolation, he was housed in a cell behind a door with a broken lock mechanism. Five or six older prisoners entered his cell and beat him. He was then moved to a solitary confinement unit, where two days later he threatened to hang himself because he could not endure solitary confinement and was not permitted to contact his parents. Doe Jr. asked to see a “psych Dr.” but did not see one until the following day, when a psychologist dismissed his suicidal gesture as “manipulating to be moved.”

Richard Roe, who had a long history of serious mental illness and was asking for treatment before dying in his cell:

Later that day, according to other prisoners in his zone, an officer asked Mr. Roe to provide a urine specimen which, because of his bladder condition, Mr. Roe could not provide. Mr. Roe began banging on his door, smeared blood on the cell door window, threatened to commit suicide, and tied a rope around his neck. Officers sprayed excessive amounts of Mace in his cell. According to witnesses, officers waited approximately 20 minutes before pulling Mr. Roe out of his cell. By that time, he was non-responsive and cyanotic. He was taken, his hands and feet bound by zip-ties, to the hospital where he was pronounced dead.

For several days after Mr. Roe’s death, medical staff continued to “document” in the daily segregation log that Mr. Roe appeared to be “in good health and mood.”

Larry Walker, who has serious mental illness and was placed in long-term solitary confinement:

Mr. Walker’s efforts succeeded and a high ranking officer came to his cell door carrying a fire extinguisher. The officer aimed the fire extinguisher at Mr. Walker through his tray slot and sprayed Mr. Walker while yelling, “Die, I want you to die. I’m a [sic] make sure I kill you before I leave here” and “I am going to help you die.” When he was one spraying, the officer closed the tray slot and left. Mr. Walker passed out. As of April 16, he had not left his cell out of fear for his safety and was scared to eat solid food. Residue from the fire extinguisher remained on his cell. Because there is no functioning light in his cell, he lives in near darkness.

On June 9, 2012…an officer in the solitary confinement unit escorted four prisoners into a vestibule area between housing zones and opened a door allowing ten rival prisoners into the vestibule. Predictably, a mass altercation erupted and one prisoner was stabbed in he spine before the fight was quelled. Security footage shows the officer laughing and possibly offering instructions to one group of prisoners before the attack began.

William Easterwood, who was repeatedly robbed and raped within 24 hours of arriving at EMCF:

When Mr. Easterwood arrived in the zone, he was met by eight prisoners who escorted him into an empty cell where they beat and robbed him. His assailants told him that if he reported the beatings, they would place him on KOS (kill-on-sight) status. Later, he was taken to a different cell where he was forced to perform oral sex on one of his assailants. He was later anally raped four or five times by an attacker who held Mr. Easterwood captive with a store-bought butcher knife while snorting lines of cocaine between the rapes to help maintain an erection. When Mr. Easterwood attempted to get help from an officer, his assailant intervened and told the officer that everything was OK. The officer left and the violence continued.