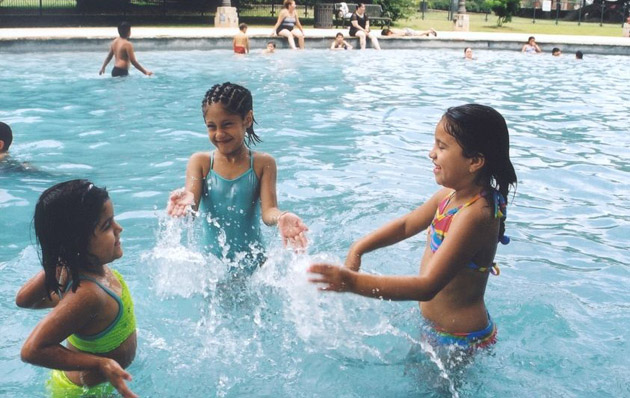 If you feel unsafe at a public pool in Charleston, West Virginia, you may soon have the right to lie there on a towel with a handgun at your side.

For 20 years, Charleston has been an island of modest gun restrictions in a very pro-gun rights state. But its gun laws—including a ban on guns in city parks, pools, and recreation centers—are now likely to be rolled back, the latest victory in a long-standing push to deny cities the power to regulate guns.

Since the 1980s, the National Rifle Association and other groups have led a successful campaign to get state legislatures to limit local control over gun regulations. These “preemption” laws block cities from enacting their own gun policies, effectively requiring cities with higher rates of gun violence to have the same gun regulations as smaller towns.

Before 1981, when an Illinois town banned the possession of handguns, just a handful of states had preemption laws on the books. Today, 42 states block cities from making gun laws, according to the Law Center to Prevent Gun Violence. Even Illinois, which has long allowed its cities to pass gun control measures, is about to invalidate local restrictions on concealed handguns and ban any future local regulation of assault weapons.

Gun rights advocates argue that allowing cities to have their own gun laws creates an impossible situation for law-abiding gun owners, who cannot be expected to read ordinances for every town they might pass through.

The preemption campaign has racked up so many victories nationwide, it’s now focusing on holdouts like Charleston, population 51,000.

Charleston’s current gun restrictions include a three-day waiting period to buy a handgun, and a limit of one handgun purchase per month, as well as bans on guns on publicly owned property, such as parks and pools.

“Crime could happen anyplace. You obviously want to be able to defend yourself and your family if something happens,” Lane said when asked why anyone would want to bring a gun to a public pool.

The NRA did not respond to requests for comment, but its website calls Charleston’s restrictions “misguided” and “unreasonable.” Its site has closely tracked the progress of the repeal of the ordinances, which it states “would have no negative impact whatsoever on Charleston.” The site has repeatedly criticized Charleston’s Republican mayor for “speaking out publicly against this pro-gun reform.”

It’s not clear what effect the spread of preemption has had on public safety. “It’s very hard to determine what causes crime to go up and down, because there are so many variables,” said Laura Cutilletta, a senior attorney at the Law Center to Prevent Gun Violence.

“You will have some citizens say, ‘I can do that now, so I’m going to do that,'” Webster said. “I am greatly concerned.”

“When they’re diving off the diving board, is that [gun] going to be in a book bag? Is that going to be lying under their towel and an eight-year-old kid is walking through the pool area and picks it up?”

Two of the city’s former police chiefs also say they’re worried about losing the ban on guns in public places that attract kids.

“That has nothing to do with the Second Amendment right. It has to do with public safety,” former Chief Dallas Staples said.

Charleston’s mayor, Danny Jones, who’s fought to keep the gun restrictions, said the city now has no choice but to do what the state Legislature wants and roll them back. The Legislature packaged the rollback requirement with a popular measure giving Charleston more leeway in how it raises taxes.

“I’m still reeling from all this, because it’s going to affect us in a very negative way,” Jones told reporters after the law passed.

Keith Morgan, president of the West Virginia Citizen’s Defense League, a gun rights group, said the group been pushing for an end to Charleston’s ordinances for years, and that the change would protect law-abiding gun owners from a “minefield” of conflicting local laws.

Lane, the West Virginia delegate, also said that gun-owning commuters were put at risk as they traveled through different cities with different rules.

But neither Lane nor Morgan could cite an example of a gun owner being prosecuted for accidentally breaking the law during their commute, or by accidentally wandering into a city park. When Morgan himself once showed up at the Charleston Civic Center with a gun, he said, he was simply asked to leave, and he did. In lawsuits the West Virginia Citizen’s Defense League filed against gun ordinances in Charleston and Martinsburg, the plaintiffs cited their fear of potential prosecution.

The main burden of Charleston’s laws for gun owners has been the inconvenience of waiting three days to purchase a handgun, and only being able to buy one handgun at a time 2014 something that can be particularly troublesome “if you’re buying a present for your family and there happens to be a Christmas sale at the retailer,” Lane said.

Former Charleston law enforcement officers say the handgun restrictions, passed in 1993, helped the city tamp down on the drugs-for-guns trade that was rampant at the time. But since then, gun stores have sprung up right at the city’s borders, said Steve Walker, a former Charleston police officer and now president of the West Virginia branch of the Fraternal Order of Police.

“Honestly, I don’t know whether with them repealing it, it is going to help them or hurt them,” Walker said of the handgun restrictions.

State legislators said that city officials are overplaying their fears.

“I don’t see everyone with a concealed-carry permit deciding to go to a pool and carry a gun,” said Democrat Mark Hunt, a state delegate. “So what if they do? They’re law-abiding citizens.”

Charleston’s mayor said he has a plan if somebody brings a gun poolside: “We’re going to close down the pool.”