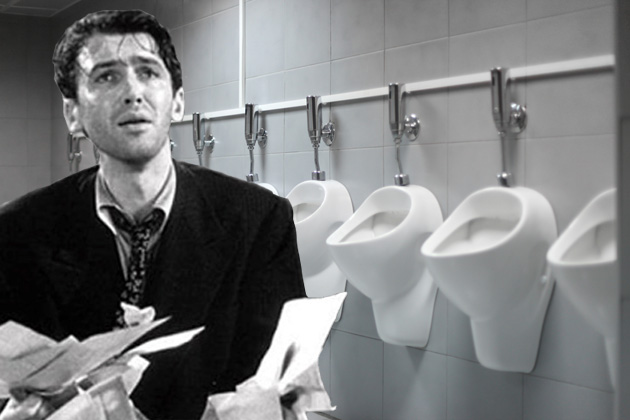 Update (6/27/2013): This morning, the Fort Worth Star-Telegram reported that, according to Joel Burns, who holds Sen. Davis’ former Fort Worth City Council seat, Davis was equipped with a catheter during her filibuster. When contacted to confirm, Davis’ office responded that the senator “made all necessary preparations.”

While obsessively watching state Sen. Wendy Davis’ heroic filibuster in the Texas Legislature yesterday, I couldn’t help thinking the obvious: 13 hours without peeing is a long time. Was she just holding it? Or wearing some sort of, er, contraption? (The options on such things, by the way, are many.)

For the most part, the logistics on this tend to be something politicians keep mum about. “It’s a kind of urological mystery,” Joseph Crespino, biographer of legendary filibusterer Strom Thurmond, told the BBC last year.

But over time, filibustering heavyweights have tried some pretty incredible tactics to avoid defeat by bathroom—and have gone on to share their tales. A few of them below:

1. Steam baths and a surreptitious urine bucket: Thurmond, who completed the longest federal filibuster in US history (24 hours, 18 minutes) in 1957, took the minimalist route with a bucket. His aides set it up in the cloakroom so that Thurmond could pee while keeping one foot on the Senate floor.

But even before that, Thurmond took daily steam baths to prepare for the epic speech, to make it easier for his body to absorb, rather than expel, fluid.

Thurmond also got lucky: After speaking for about three hours, Arizona Republican Barry Goldwater asked him to temporarily yield the floor for an insertion in the Congressional Record. This gave Thurmond a few precious minutes to make his one and only trip to the restroom.

2. When without a bathroom, bring the bathroom to you! In 2001, then St. Louis Alderwoman Irene Smith staged a filibuster during a City Hall debate to protest a ward redistricting plan that she believed would have hurt the city’s black communities. Nature called, but rather than yielding the floor and ending her filibuster, Smith’s aides came down and surrounded her with a sheet, quilt, and tablecloth while she relieved herself in a trash can. Here’s video of the incident:

Later, she was charged with violating the city’s public urination prohibition, but was never convicted: Given the sheets, there wasn’t any hard proof of the act.

3. Astronaut bags and a light diet: In 1977, then-Texas Sen. Bill Meier staged a 43-hour filibuster over a bill he believed to be an attack on the state’s open records laws. He wore an “astronaut bag” on the Senate floor, and when it filled up, then Lt. Gov. Bill Hobby would arrange to take a message from the House, while Meier ran to the women’s restroom (closest to his desk) to empty the bag. On each trip, two sergeants-at-arms came with him to ensure he never sat down. Meier also said he ate lightly in the days preceding his filibuster. Today, Meier is a judge on the Second Court of Appeals in Fort Worth.

4. Catheters: After his filibuster protesting the confirmation of John Brennan as CIA director, Rand Paul told Glenn Beck that he’d considered fitting himself with a catheter for the speech, but decided against it, even though he’d tried them before.

5. Adult diapers: Lots of jokes and rumors have flown around about various filibustering politicians pulling a Lisa Nowak and using these, though we haven’t been able to find any confirmed instances.