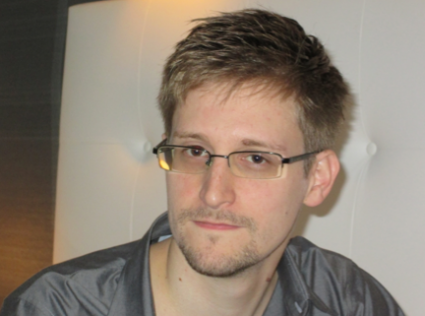 Former National Security Agency contractor Edward Snowden is reportedly hunkered down at Moscow’s international airport, but over the weekend his disclosures about US surveillance programs continued to send shock waves through the international community. On Friday, the Guardian‘s Glenn Greenwald gave a sneak preview of a yet-to-be released document detailing the startling number of phone traffic the NSA collects daily. On Saturday, the Washington Post released more top-secret slides showing how the NSA’s PRISM program captures information from tech giants. And the German magazine Der Spiegel dropped a bombshell report about US spying on European Union diplomats. As WikiLeaks founder Julian Assange warned on Sunday, “Look, there is no stopping the publishing process at this stage…Great care has been taken to make sure that Mr. Snowden can’t be pressured by any state to stop the publication process.” Here are five of the most intriguing disclosures to arise from the latest round of stories:

1. The US is bugging EU buildings and has 38 Diplomatic “targets.”
Der Spiegel reported that it had seen secret documents, grabbed by Snowden, revealing that the United States had spied on European Union diplomats stationed in Washington, New York, and Brussels. According to Der Spiegel‘s report, in 2010, the NSA bugged EU buildings in downtown Washington, DC, and also infiltrated the diplomats’ computer networks, allowing the agency to access “emails and internal documents.” The documents also show that the United States was behind a telephone eavesdropping incident that was detected in Brussels about five years ago. On Sunday, the Guardian released new documents from Snowden revealing that the NSA has listed 38 embassies and missions as “targets.” The European Union is still waiting for the United States to confirm or deny the report, but senior EU officials are predictably furious: “If the allegations prove to be true, it would be an extremely serious matter which will have a severe impact on EU-US relations,” European Parliament President Martin Schulz said in a statement.

2. The NSA is targeting nearly 120,000 internet users.
One of the big questions surrounding PRISM is how many users are directly targeted by the NSA (as opposed to users whose information is swept up by the agency’s information dragnet). A new slide published by the Washington Post sheds some light on this, revealing that as of April 5 there were 117,675 active surveillance targets—who must be foreign nationals who are overseas at the time of collection—in the PRISM database. As the Post notes, this number does not reveal how many other users—including Americans—may have had their information incidentally collected while the NSA was snooping on these targets.

3. The NSA receives live notifications when surveillance targets use email and chat.
The NSA receives “real-time notification of an email-event, such as a login or sent message” as well as “real-time notification of a chat login or logout,” according to a slide published by the Post. The significance of this, says Peter Eckersley, technology projects director for the Electronic Frontier Foundation?, is that data transfers between tech companies and the NSA are happening more than once per day, potentially continuously. “You can’t have real-time reports if all the data from a company is provided in a single daily [secure file] upload,” says Eckersley.

4. The FBI is collecting user information via government equipment installed at tech companies.
One of the new slides published by the Washington Post includes information about how user data flows from tech companies to the US government. According to the Post, information passes from “the FBI’s interception unit on the premises of private companies?…to one or more ‘customers’ at the NSA, CIA or FBI.” Bill Binney, a former senior NSA official turned whistleblower, tells Mother Jones that the slides also show that “NSA is the data processor for FBI and CIA, which implies that it’s foreign and domestic data being processed.”

When Snowden’s disclosures first came to light, companies denied providing the US government with backdoor access to their user data, and its unclear precisely how the NSA is collecting information from these companies. “It could mean collection devices on the companies’ networks, passive ‘drop boxes’ on companies’ networks, or even fiber optic taps,” Eckersley says. “What seems likely from the various reports is that the collection process is quite different at the different companies.”

5. The NSA stores 1 billion cellphone calls daily.
At a conference on Friday, Greenwald said that more Snowden disclosures were on the way, and he provided what he called “a little preview” of one of the documents the former NSA contractor leaked. According to Greenwald, it shows that the NSA collects and stores 1 billion cellphone calls every day. “It doesn’t mean they’re listening to every call,” Greenwald said. “It means they’re storing every call and have the capability to listen to them at any time, and it does mean that they’re collecting millions upon million upon millions of our phone and email records. It is a globalized system designed to destroy all privacy and what’s incredibly menacing about it is it is all taking place in the dark, with no accountability and virtually no safeguards.”