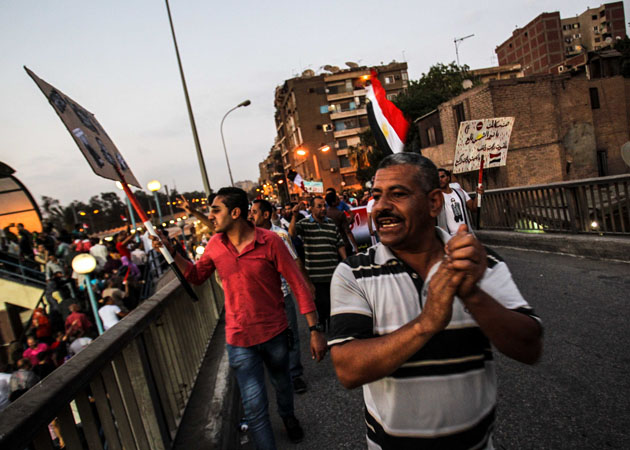 At 3 p.m. EDT on Wednesday, some 48 hours after the Egyptian military’s deadline for “the people’s action and demands” to receive a response “from all parties,” Egyptian troops deployed across Cairo and President Mohamed Morsi was ousted from power. A year after his democratic election—and two and a half years after a historic uprising brought down longtime leader Hosni Mubarak—Egypt has again plunged into uncertainty. In a televised announcement, General Fattah el-Sisi, the Egyptian defense minister, explained that the constitution would be suspended and the head of the Constitutional Court would become acting president until elections can be organized. “The armed forces will always be out of politics,” he asserted.

In the days preceding Morsi’s removal, throngs of Egyptians took to the streets in protest of the president. The military placed a travel ban on Morsi and leading members of the Muslim Brotherhood, and sent tanks and troops into Cairo, where Morsi supporters had taken to the streets, many armed with homemade shields and clubs. Here is a look at the last 48 hours of the Morsi regime: 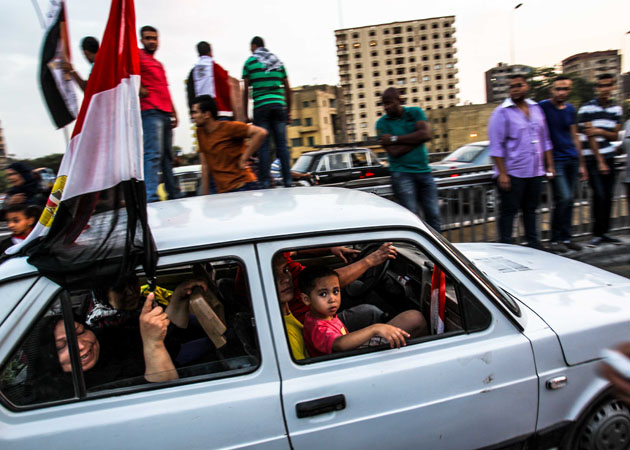 An Egyptian family takes part in a rally in front of Al-Qoba presidential palace in Cairo. Now-deposed, Morsi said late Tuesday that there will be no alternative for “constitutional legitimacy.” 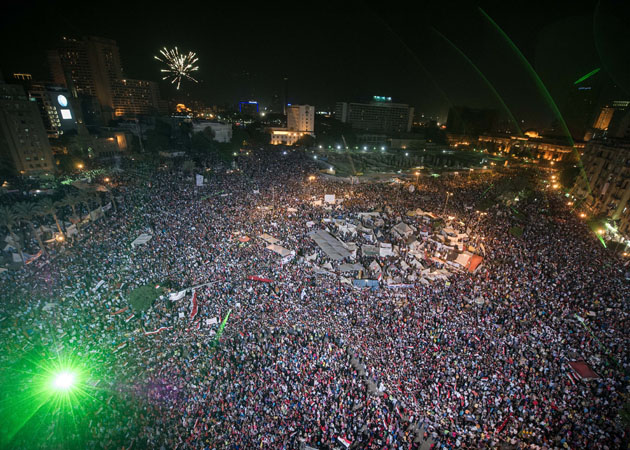 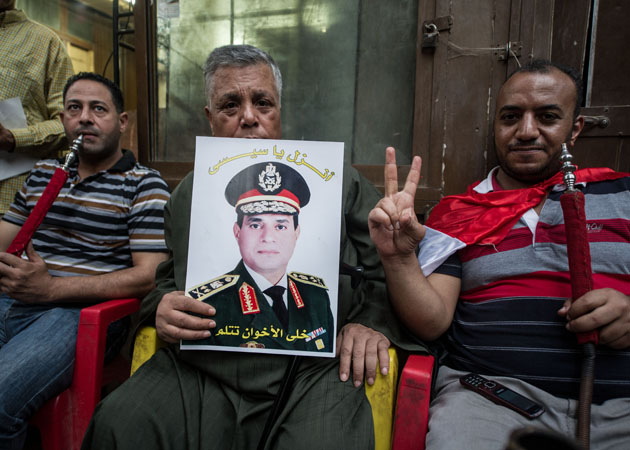 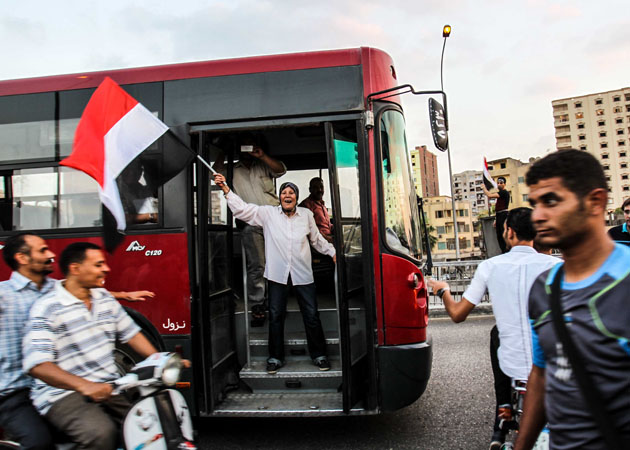 An Egyptian woman waves the Egyptian flag and chanting anti-Morsi slogans during an opposition rally in front of Al-Qoba presidential palace in Cairo. 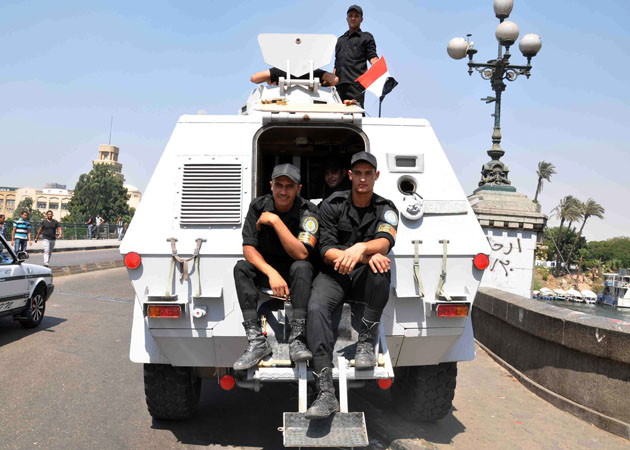 Egyptian police special forces sit on their armored vehicle, protecting a bridge between Tahrir Square and Cairo University, where Muslim Brotherhood supporters gathered. Egypt’s leading democracy advocate, Mohamed El Baradei, and top Muslim and Coptic Christian clerics met Wednesday with the army chief to discuss a political road map for Egypt only hours before a military ultimatum to the Islamist president was set to expire. 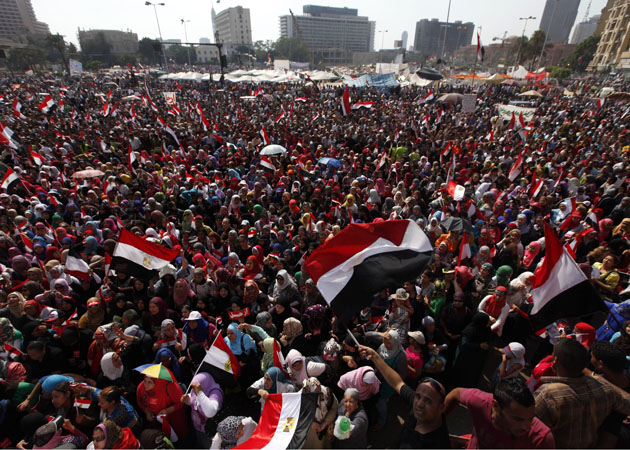 Egyptian protesters take part in a protest against President Morsi, in Tahrir Square. 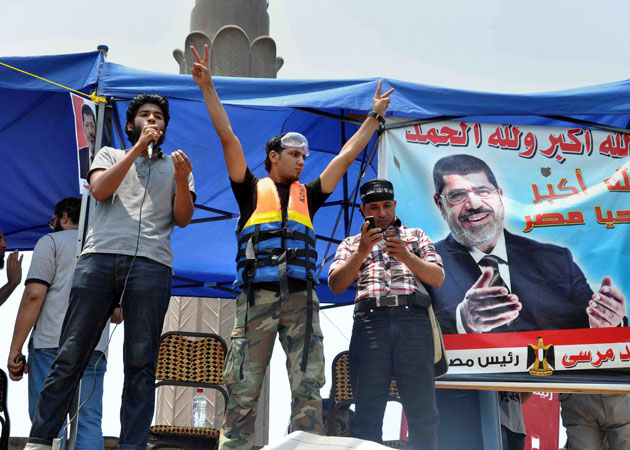 Morsi supporters shout slogans during a protest to show support to him in front of Cairo University.? 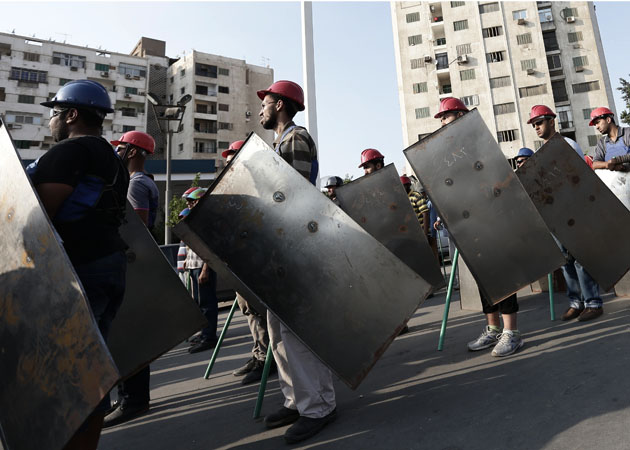 Morsi supporters wear helmets and hold makeshift shields and batons. A spokesman for the Muslim Brotherhood, to which Morsi belongs, tweeted that a “full military coup” was under way. As the army deadline passed, cheers echoed in Cairo’s Tahrir Square, where thousands of protesters had gathered. 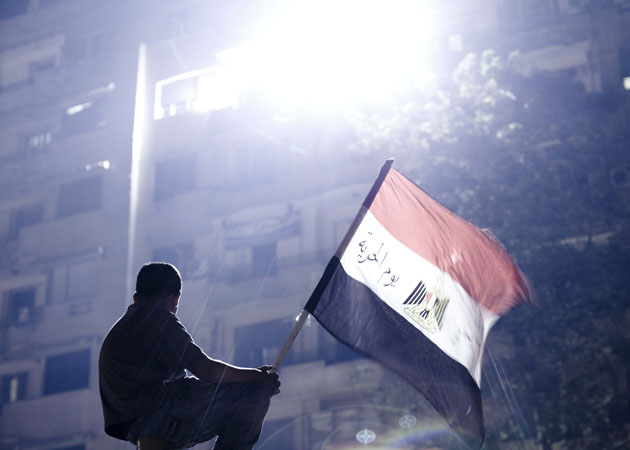 A demonstrator holds a flag while protesting in Tahrir Square against Morsi’s rule. Morsi said a 48-hour ultimatum set by the army “may cause confusion” and vowed to stick to his own plans to resolve the political crisis. The army warned it will intervene if the government and its opponents fail to heed “the will of the people.” 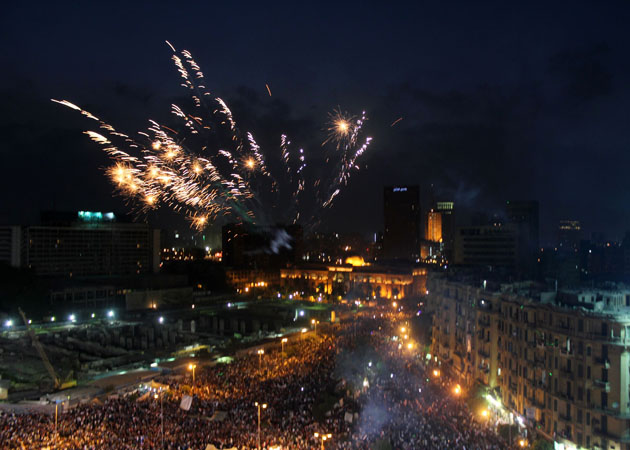 Morsi opponents celebrate as they gather at Tahrir Square. The head of Egypt’s armed forces, General Abdel Fattah al-Sisi, issued a declaration on Wednesday suspending the constitution and appointing the head of the Constitutional Court as interim head of state, effectively declaring the removal of Morsi.