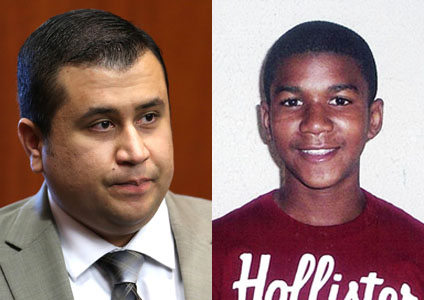 After more than three weeks of testimony and nearly 17 hours of deliberation, the jury in the Trayvon Martin case has found George Zimmerman not guilty.

Zimmerman shot and killed the 17-year-old after a scuffle in a gated condominium complex in Sanford, Florida, on February 26, 2012. The case became a racially charged national story almost immediately due to the circumstances of Martin’s death—a black, unarmed teen shot after being tailed by Zimmerman for merely looking suspicious—and the fact that Sanford police did not arrest Zimmerman until 46 days after the killing.

But the actual trial boiled down not to racism or police inaction but whether or not Zimmerman wanted to kill Martin and if Zimmerman’s life was in danger when he pulled the trigger. To get a murder conviction, the prosecution had to prove to the six women on the jury that Zimmerman acted with malice or intent when he killed Martin. This was tough to prove, given that the victim wasn’t around to offer his version of events. During the trial, the defense sought to paint Zimmerman as a poor fighter who was overpowered by Martin and who came to fear for his life during the scuffle. During his closing statement, attorney Mark O’Mara brought a slab of concrete into the courtroom, arguing that the teen used the sidewalk as a weapon.

“That is cement. That is a sidewalk. That is not an unarmed teenager with nothing but Skittles trying to get home,” he said. “That was someone who used the availability of dangerous items, from his fist to the concrete, to cause great bodily injury.”

The prosecution contended that Zimmerman killed Martin not because he had to, but because he wanted to. On Thursday, the judge in the case ruled that the jury could find Zimmerman guilty of a lesser charge of manslaughter. This option—described as a possible compromise by numerous legal observers—was not accepted by the jury.

For the people who believed that Zimmerman was guilty, this case—and the Sanford police department’s reaction to it—was far more significant  than a local murder. It inspired deep emotions about the value of the lives of young black men, and this verdict will provoke deep feelings of disappointment and frustration for many who pushed for Zimmerman to be charged with murder.

But it’s not over. Now that the verdict is in, here’s what could happen next.

Federal charges: The Department of Justice launched an investigation last March to investigate whether Martin’s shooting amounted to a federal hate crime—that is, if Zimmerman followed and killed Martin because he was black. In July 2012, the FBI released a statement saying that investigators had found no evidence that Zimmerman was motivated by racism. The July statement indicates that federal charges are highly unlikely, but the DOJ has not announced that the case is closed. It’s still being brought up as a post-trial possibility. NAACP president Benjamin Jealous, for instance, said Saturday on MSNBC that “there are still additional legal avenues. He could still be charged with federal civil rights charges.”

Civil lawsuit: Martin’s family reached a settlement in April with the homeowners’ association of the subdivision where the killing occurred. The details of the settlement were not made public, but the Orlando Sentinel reported that the family was “said to” have been awarded at least $1 million. The suit did not include Zimmerman, but family attorney Benjamin Crump has said that the family intends to sue their son’s killer at some point in the future. It’s not uncommon for families to seek a form of justice through civil courts, even when a the defendant is acquitted in criminal court. And the standards for judgments are different in such civil cases.

The public’s reaction: In the week leading to the verdict, speculation that people—specifically black people—would riot if Zimmerman were acquitted spread through the mainstream media, after taking off in the conservative press and cable news. What’s more likely, based on how Martin supporters have reacted initially—after the verdict was read, the crowd outside of the courthouse dispersed peacefully—is that protests (of the nonviolent variety) against racial profiling will continue.