Last month, in front of a crowd of roughly 30 friends and supporters, Dr. Annette Bosworth announced her candidacy for US Senate at her family farm in Plankinton, South Dakota. Like many Republican Senate and House candidates, she is passionate about tax policy. “Never have a people been taxed as heavily as the American People and still called Free,” Bosworth tweeted in July. Like so many Republicans, she has made the defunding and repeal of Obamacare her No. 1 issue. (She heads Meaningful Medicine, a private practice in Sioux Falls, South Dakota.)

But unlike most Republican candidates out there, Bosworth is apparently a fan of Argentine Marxist revolutionary leader Che Guevara.

Below is a photo from a Facebook post from October 2012 (recently flagged by a progressive South Dakota blog called the Madville Times) in which Bosworth sports a T-shirt bearing a “Che” signature. “Che Guavera- You are my beacon! Here is to making this next chapter of my life the adventure for my kids and my family,” she writes. 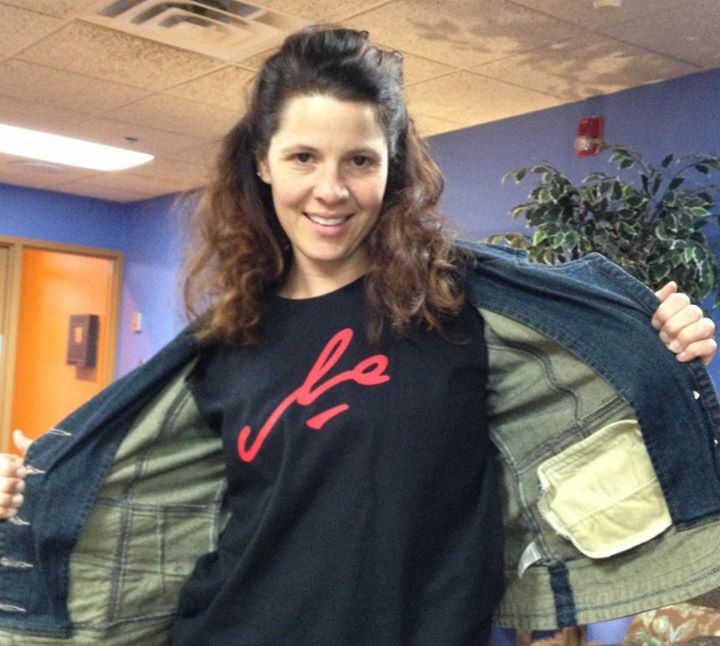 Following some critical comments on the photo post, Bosworth’s husband Chad Haber responded by writing, “Nelson Mandela referred to him as ‘an inspiration for every human being who loves freedom,'” and reminded Facebook users that she is very much a Republican. “Say what you want about ‘Che.’ My wife looks hot in that shirt!” Haber also stated.

Still, it’s difficult to tell what the 41-year-old Bosworth admires in Guevara. He was, as she is, a trained doctor who had helped some people in need. He was also central—along with Fidel Castro—in bringing communist, pro-Soviet repression to Cuba. The long-deceased Guevara enjoys a mind-boggling, frequently hypocritical international cult of personality that brushes aside his trigger-happy and anti-liberal excesses. He famously condemned capitalism as “a contest among wolves.” (Republicans love capitalism.)

Guevara was also really, really into the idea of government-run health care, which is what conservatives think Obamacare is. (It isn’t.) Bosworth faces three better-known candidates in the primary: former Gov. Mike Rounds (“the Republican most likely to take over a Democratic Senate seat,” writes Slate‘s Dave Weigel), state Senate Majority Whip Larry Rhoden, and state Rep. Stace Nelson. But if she were to win the primary and general election, she would join a caucus of Republican colleagues who have nothing but negative things to say about Guevara. I’ve reached out to Bosworth for comment on the cognitive dissonance, but haven’t heard back.