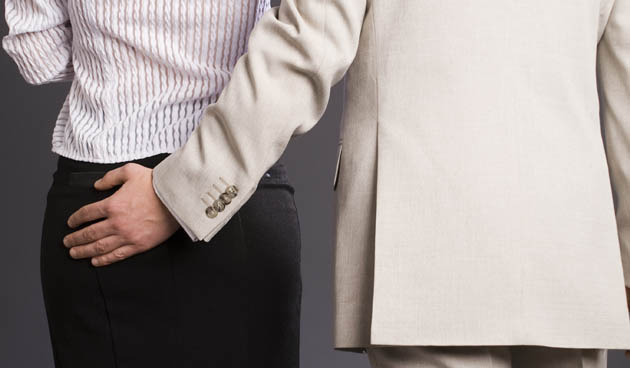 This story first appeared on ProPublica.

Yet when O’Connor filed a lawsuit, her sexual harassment claims were dismissed because she was an unpaid intern. A federal appeals court affirmed the decision to throw out the claim.

Unpaid interns miss out on wages and employment benefits, but they can also find themselves in “legal limbo” when it comes to civil rights, according to law professor and intern labor rights advocate David Yamada. The O’Connor decision (the leading ruling on the matter, according to Yamada) held that because they don’t get a paycheck, unpaid interns are not “employees” under the Civil Rights Act—and thus, they’re not protected.

“At least with respect to the federal law that we enforce, an unpaid intern would not be legally protected by our laws prohibiting sexual harassment,” Olivares said in an email to ProPublica.

It’s unclear how many interns are sexually harassed at work. The commission doesn’t keep those statistics, according to Olivares. And as the Chicago Tribune detailed in 2011, interns often don’t know where to turn when faced with harassment or can fear retaliation from bosses they look to for future jobs or recommendations.

“You can understand perhaps why there haven’t been more cases,” said Yamada. “If you’re a young student, and have been trying to get a career off the ground, the bind that puts someone in is significant, because there’s retaliation.”

In June, Oregon passed a law expanding discrimination and harassment protections to interns, whether they are paid or not. According to Charlie Burr, spokesperson for the state’s Bureau of Labor and Industries, Oregon is the first state to pass such protections.

“Those principles of protecting people in the workplace have been in place for a long time, but they’ve never applied to interns,” said Oregon Labor Commissioner Brad Avakian. “It really left them with few options.”

Oregon’s law protects interns from sexual harassment and discrimination based on race, religion, gender, disability, and sexual orientation and covers wrongful termination tied to discrimination 2014 but it doesn’t create an employment relationship or impact wages, an issue the state was careful to avoid, according to Avakian.

The idea for the law came from Carole Delogu, a former unpaid intern in the state’s Bureau of Labor and Industries, after she read an article in the Public Interest Law Journal on the workplace protections not afforded to interns.

“I was in disbelief,” Delogu said, of her reaction to the loophole. “Interns are in a fragile place, they want to get their foot in the door, so they don’t complain.”

So Delogu brought her concerns to the Labor bureau, and helped draft a proposal to close the gap in protections. Under the new law, Delogu hopes “more people will be able to stand up for their rights.”

D.C. has made similar strides to protect interns. Council member Mary Cheh lobbied successfully to extend the D.C. Human Rights Act protections against sexual harassment to interns after hearing the story of one intern’s sexual harassment claims against her employer, a massage and body therapy center in Friendship Heights. The intern’s case was dismissed because she was unpaid.

Yet as Maurice Pianko, attorney and founder of Intern Justice, points out: if for-profit employers paid their interns when they should (and usually they should be paid), protection from discrimination and sexual harassment would automatically apply.

“It’s a surprise to me to see that there are still companies not paying their employees,” Pianko said. “If any general counsel wants to find out the law they can, and honestly I don’t know what they’re thinking.”