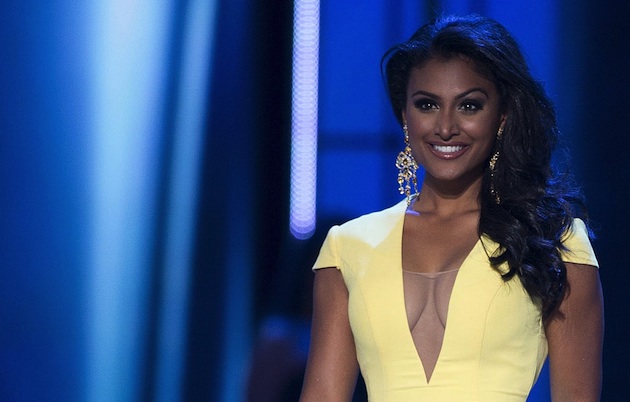 I felt terrible for Nina Davuluri this week after she was crowned Miss America 2013, because I knew what was coming. Davuluri is the first Indian-American woman to win the pageant. The moment that special tiara was lowered onto her fabulously coiffed head, a barrage of hateful, outraged, resentful, and predictably inaccurate tweets and posts came hurtling her way, hundreds at a time.

And my personal favorite: “WHEN WILL A WHITE WOMAN WIN #MISSAMERICA? Ever??!!” (The first nonwhite pageant winner was Norma Smallwood, of Cherokee descent, in 1926. It wouldn’t happen again until 1984, when Vanessa Williams became the first black Miss America. Not a bad streak!) 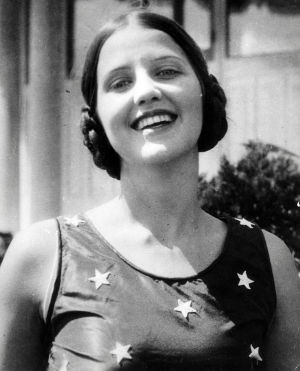 Davuluri, whose parents are a software engineer and an OB/GYN from the north Indian state Andhra Pradesh, grew up in Oklahoma, and wants to become a cardiologist, went on Fox News this morning to talk about the hostility over her “race. . . and ethnicity. . . and everything,” as Fox & Friends co-host Steve Doocy put it.

“It was an unfortunate experience, but for [each] negative tweet, there were dozens of positive remarks and support,” said Davuluri. “A lot of that stemmed from ignorance, and that’s why my platform is so timely right now.”

Like presidents, Miss America candidates run on platforms. Davuluri’s is “celebrating diversity through cultural competency.” Cultural competency is that idea that everyone’s responsible for sorting through their own cultural biases and trying harder when it comes to interacting with different sorts of folks. It comes up a lot in conversations about public education and health care, places where people from different backgrounds cross paths regularly and have to (or should) make it work.

“I have always viewed Miss America as the girl next door, but for me the girl next door’s evolving as the diversity in America evolves,” said Davuluri on Fox & Friends. “It’s not who she was ten years ago, and she’s not going to be the same person ten years down the road.”

I cringe at the “girl next door” trope. I can’t stand the Miss America contest for that matter, for reasons many, many, many smart people have articulated well elsewhere. But if someone’s gonna go on Fox News and talk about being “Miss America,” I prefer Nina Davuluri at the podium.

This was hardly the first time the racist side of Twitter flipped its presumably ultrablonde wig over a person of color showing up in a familiar media space. When the character of Rue from The Hunger Games, described as “dark skinned” in the book, was played by the young black actress Amandla Stenberg, angry viewers took to Twitter to complain the movie had been “ruined.” When Cheerios released a commercial in which a little girl adorably pours cereal all over her (black) sleeping dad’s chest because her (white) mom said Cheerios is “heart healthy,” the company had to disable YouTube comments because thousands of Americans think it’s still 1966.

But all this trembling at the mere sight of little brown girls hasn’t stopped the rapid colorization of our country. So why bother bringing Davuluri’s attackers up at all? Because of the class-act performance she’s been delivering in the face of so much ugliness. She’s handling the ugly backlash with grace and poise, and working in some teachable moments along the way.

A few years ago, I made a promise to myself. I’d never again eat at an Indian restaurant where scenes of “traditional” Indian women were hung on the walls, rows and rows of doe-eyed women coyly hiding their smiles beneath gauzy scarves while performing traditional Indian activities such as pouring water from jugs and strumming wooden harps. I wouldn’t have held it against Nina Davuluri if she’d stuck to the high road, refusing to dignify ugly attacks with a forceful response. But it means a lot to me that she’s talking back.