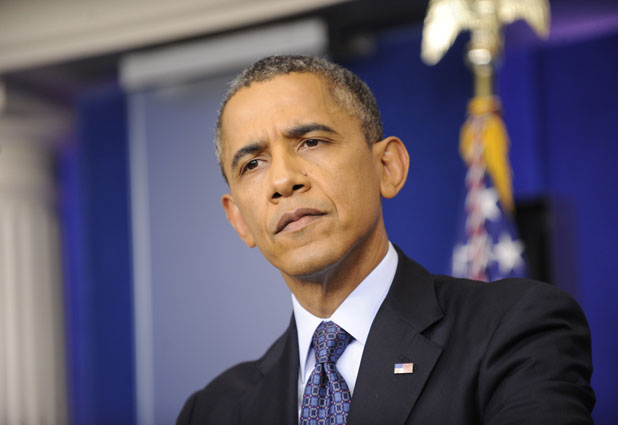 There was a fair bit of huffing when the Norwegian Nobel Committee awarded President Barack Obama the Nobel Peace Prize in 2009, less than eight months after Obama had moved into the Oval Office. Too soon, declared critics and skeptics, who had a point. The president had not earned the award through any particular action. And he recognized that in his initial remarks about winning the prize: “Let me be clear: I do not view it as a recognition of my own accomplishments, but rather as an affirmation of American leadership on behalf of aspirations held by people in all nations. To be honest, I do not feel that I deserve to be in the company of so many of the transformative figures who’ve been honored by this prize.”

But Obama may well deserve a smidgen of credit for the Nobel Peace Prize that was handed out this week. The winner is the Organization for the Prohibition of Chemical Weapons, the Hague-based body created to enforce the UN Chemical Weapons Convention that bans such arms. The OPCW is now busy overseeing the cataloging and destruction of Syria’s chemical arsenal. Hence, the Obama connection.

It seems fair to argue that the OPCW is destroying chemical weapons equipment in Syria because Obama took a stand after the regime of Bashar al-Assad presumably attacked a suburb of Damascus with chemical weapons in August and killed about 1,400 people. After Obama threatened to launch a retaliatory attack on Syria with the aim of deterring Assad from again using these horrific weapons—a threat that resulted in a political kerfuffle in Washington—Russian leader Vladimir Putin brokered a deal under which Assad acknowledged he possessed chemical weapons and agreed to place them under international control. The subsequent negotiations are still under way, but, at least for the time being, Obama did achieve his aim—preventing the further use of chemical weapons in Syria. Moreover, he placed Putin on the hook for Assad’s chemical weapons.

Partly as a result of Obama’s actions, Assad’s use of chemical weapons became a top-line priority of the global community, and the work of the OPCW received far more notice. As Thorbjoern Jagland the chairman of the award committee, noted, “Recent events in Syria, where chemical weapons have again been put to use, have underlined the need to enhance the efforts to do away with such weapons.”

In trying to build support for a strike on Syria, Obama cited the importance of supporting the global ban on chemical weapons and echoed his previous calls for steps toward nuclear disarmament. Recognizing the OPCW award is a boost for international disarmament endeavors. After it was announced, the Stockholm International Peace Research Institute made this point:

SIPRI warmly welcomes the award of the 2013 Nobel Peace Prize to the OPCW, an organization closely aligned with the aims and work of SIPRI. The world is a safer and more peaceful place as a result of the work of the OPCW.

Achieving disarmament is a long-term, incremental process and implementing the Chemical Weapons Convention has not always been a high-profile activity. Awarding the prize to the OPCW at this time is also a recognition of the hard work of chemical weapons inspectors now working in Syria under dangerous conditions.

The achievements of the OPCW show that, thanks to international cooperation, it is possible to rid the world of chemical weapons. Indeed, they demonstrate that a world free of weapons of mass destruction is politically and technically feasible.

This Nobel Peace Prize is hence a reminder that the reduction and abolition of nuclear weapons are possible, and that it must be tackled as well. And once states have completely abandoned all nuclear, biological and chemical weapons, they must work together to prevent their re?emergence, whether in the hands of states or non-state actors. The work of the OPCW—and its dedication to peace and security to help to form a safer world for all—will thus remain important for many years to come.

Don’t expect Obama to claim any credit for this award. But perhaps the leaders of OPCW can send him a thank-you card.