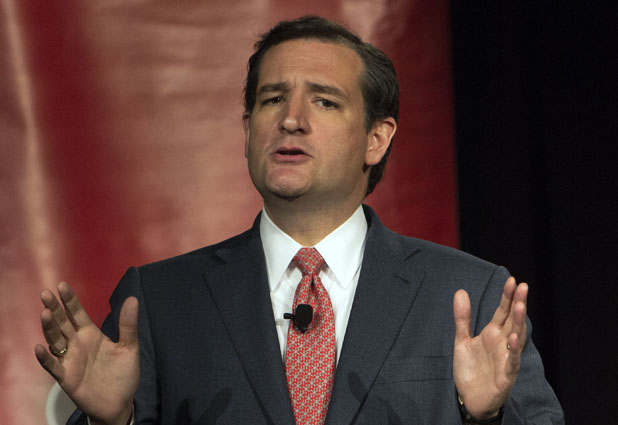 Is the Republican Party committing suicide this week? The final results of the shutdown blame game won’t be in until the government is un-shut. Yet at the same time that the party is allowing itself to be branded as an ideologically rigid outfit controlled by political hostage takers, it has been endangering its future by waging a high-profile but Alamo-like stand against Obamacare, just as a main component of the health care program is kicking in—and appears to be popular.

If anything has defined the GOP in its must-destroy-Obama phase, it’s the party’s virulent opposition to the Affordable Care Act. And with Obama reelected, the economy slowly improving, and deficits slowly decreasing, Republicans have bet almost all the chips they have left on the decimation of Obamacare. With Sen. Ted Cruz wagging the party, the GOPers pushing for the government shutdown—aided and abetted by Rush Limbaugh, the Heritage Foundation, and other influentials of the far right—have focused exclusively on Obamacare. This confrontation over government spending has nothing to do with, well, government spending. The shutdown was merely a way for Cruz-controlled Republicans to vent about Obamacare. So if the Republican party stands for anything today, it is obstructing Obamacare. But here’s the rub: What if Obamacare works?

The initial response to yesterday’s opening of the state and federal exchanges that are providing affordable insurance plans to Americans who previously could not obtain coverage has Obamacare proponents dancing. Millions of Americans were not scared away by Koch-financed ads (including this rapey spot). Sure, there were glitches and websites crashed. But that’s natural, given the overwhelming demand. And the exchanges have weeks to work out the kinks before the December 15 deadline to finish enrolling people for the coming year.

So while the Republicans have succeeded in forcing a shutdown of the government—according to the latest polls, not a popular endeavor—their crusade against Obamacare has harmed their long-term prospects in several ways:

The conservative/Republican war against Obamacare has led the GOP to a dark place. Many right-wing pundits and Republican leaders have been rooting for Obamacare to fail. That is, they have been cheering against a program that will provide millions of Americans with the sense of security that comes with health insurance. They have issued apocalyptic Ayn Randian predictions about Obamacare ruining the health care system, the economy, and the soul of the United States. They have staked much on this campaign (including a presidential campaign that failed). If the exchanges do work in providing the uninsured coverage—and Obamacare has already helped millions of people by ending for many the preexisting condition dodge, providing more financial assistance to seniors for prescription medicines, and allowing young adults to remain on their parents’ plans longer—the conservatives are screwed.

Cruz was right: Conservatives had to stop Obamacare before it had the chance to succeed—though he put it in slightly different terms, noting he feared that Americans would become addicted to Obamacare “sugar.” Prior to this point, Republicans could say whatever they wanted, for extreme rhetoric about what might happen could not be disproved—and such demagoguery played on existing and justified concerns about the unknown. Yet once there are facts—is Obamacare working or not?—the debate will shift. Well, maybe not for the Republicans, but it will for millions of Americans who will evaluate the new reality and decide for themselves whether this is the end of America or the start of a better nation.