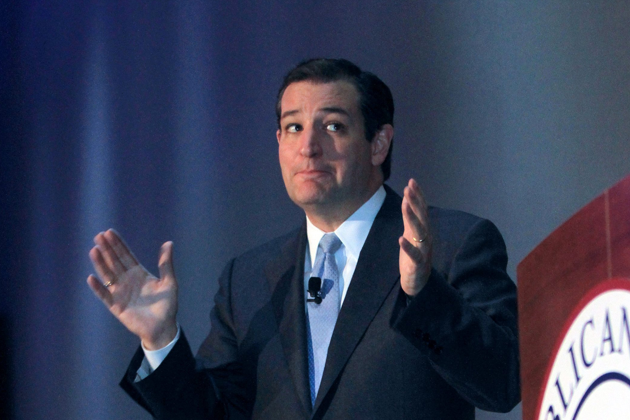 Scott Messick is a 54-year-old retired health insurance consultant from Conroe, Texas. His wife runs a small yarn shop. They’re both on his former employer’s health insurance plan for retirees, and Messick says that he and his wife together pay $964 a month in premiums, and a $12,000 annual deductible (the amount of money they have to pay out-of-pocket each year before the insurer will pay any expenses). Starting in January, their premiums will shoot up to $1,283 a month, he says.

Earlier this month, Messick logged on to the federal insurance exchange website to shop for a new plan. (The federal government’s health insurance website has so many problems that many Americans are not able to register for the site, let alone compare plans. But Messick got through.) Although the Messicks’ income is too high to qualify for a subsidy, they found a plan that would save them $6,000 a year in premium payments, and another $5,000 or so on their deductible.

Despite the fact that Obamacare could cut their health care costs almost in half, the Messicks might not switch plans. Why? Because Republicans might repeal the law. “My wife is concerned that Republicans will try to get rid of this thing, and if they do, we’ve jumped out of a retiree plan,” Messick says. “We’d be left with nothing.”

Many retiree health plans stipulate that you can only enroll in the plan once, and if you drop coverage—say, by buying cheaper insurance on the exchange—you’re out for good. “The door swings one way,” Messick explains.

That one-way door could be a problem for many Americans if Obamacare is repealed, says Tim Jost, a health care law scholar at Washington and Lee University School of Law who has consulted with the administration on the implementation of the law. If people like the Messicks buy cheaper insurance on the exchange and Republicans gut the Affordable Care Act, insurance industry prices and practices could return to what they were pre-Obamacare. That means insurers could go back to rejecting older folks, who tend to have chronic health problems, or charging them astronomical prices. Messick has chronic back problems; his wife has suffered a minor stroke and has migraines. “Both my wife and I are uninsurable” in the private market, Messick says, adding that a few years ago he ran an “experiment” and tried to purchase insurance outside of his employer plan and was “turned down flat.”

“Before somebody opts out of retiree coverage of any form—if they can’t opt back in…they need to think about that pretty carefully,” Jost says.

“It’s unfortunate that people are worried [repeal] is going to happen,” and are denying themselves the benefits of the law, says Tony Carrk, a health care expert at the Center for American Progress, a liberal think tank. “It’s cheaper coverage. [Messick] should take it!” Carrk adds. But if the Messicks decide that Republicans can’t be trusted to keep Obamacare intact, and end up sticking with their original retirement plan, not only will they pay up to $11,000 more each year for insurance, they’ll also have worse quality coverage. Under Obamacare, retiree-only plans offered by employers are exempt from many of the protections and benefits that plans purchased on the exchange provide. Insurers that offer retiree plans similar to the Messicks’, for example, can still cap the total dollar amount of benefits they will pay per year, and over a lifetime. (Plans purchased on the exchange forbid those limits.) Nor are plans like the Messicks’ subject to an external rate review to determine if the prices the insurer is charging are fair.

It’s not just retirees who may have to factor an eventual repeal into their health insurance decision making. Anyone who purchases an insurance plan on the state or federal exchange and qualifies for a premium tax credit could be left in the lurch if the GOP guts Obama’s health law. A consumer may drop her current insurance for an better quality exchange plan that she can afford with a federal subsidy. But if the law is repealed, she’ll lose the subsidy and may not be able to afford the plan anymore, Jost says. If we return to pre-Obamacare America, she may not be able to return to her original plan if she has developed a preexisting condition…or if she is simply older and more of a risk to insurers. (Jost thinks that if the GOP did succeed in repealing the law, Republicans would likely soften the blow by passing a law forbidding insurers from rejecting applicants due to preexisting conditions.)

House Republicans have now voted 42 times to repeal Obamacare, and have tried to chip away at the health care law through lawsuits, delays, and funding cuts. Those attempts are futile while President Barack Obama remains in office, but conservatives are optimistic about 2017, when they hope Republicans will have gained full control of Congress and the White House. Obamacare backers are convinced that even then, repeal will never happen, because the law will be up and running and no one—Democrats or Republican—will want to give up their affordable health care. “The likelihood of repeal is as likely as the sun not setting or rising,” vows Obamacare cheerleader Ethan Rome, who is executive director of Healthcare for America Now, a nonprofit that backs the law.

We’ll see about that. For now, the Messicks aren’t taking any chances.