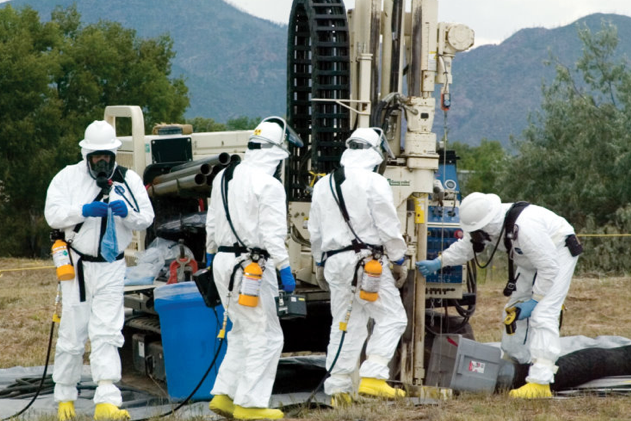 There’s been no shortage of scandals at US nuclear sites recently—two top nuclear military commanders were fired this month and a nuclear security chief was let go over the summer after his Montana base flunked a safety test—but now, there’s evidence of another management problem. According to an internal government report obtained by Secrecy News last week, nuclear workers at the Lawrence Livermore National Laboratory (LLNL) in California are depressed about their jobs.

“There is a sense of increased stress and reduced morale among LLNL technical employees in the weapons program, stemming from a (perceived, at least) combination of reduced resources and increased work requirements,” notes the August 2013 assessment of the lab. “We recommend attention to the potential danger that activities that are important for long-term stockpile stewardship may be dropped in favor of seemingly urgent near-term requirements.”

There’s always the chance that nuclear scientists might be sitting on warheads reading “The Hollow Men” and listening to Josh Ritter (below), depressed that they’re babysitting aging weapons that could destroy humankind. But it’s more likely that America’s “great speedup” has managed to make its way to US nuclear labs. As Mother Jones reported back in 2011, while overall American productivity has skyrocketed since the 1970s, only the top one percent of earners are seeing the gains. For everyone else, wages have remained frustratingly stagnant. Naturally, the potential consequences of an administrative assistant at McDonalds feeling overworked are not quite the same as a guy in charge of the US nuclear stockpile.

“This reminded me of the time after the collapse of the Soviet Union, when there was some danger that engineers might be tempted to shop their expertise around and take it to other governments, which posed a proliferation hazard,” says Steven Aftergood, director of the Federation of American Scientists’ Project on Government Secrecy. He adds that “I wouldn’t overstate its significance, but it’s out of the ordinary and I don’t recall seeing these concerns about morale before.”

While this is only a brief evaluation of one nuclear site, it’s hard to imagine that things have gotten much better since August. During the government shutdown, 6,000 employees at LLNL were forced to suspend their research and several other nuclear labs shut down. There has also been a series of cost overruns and a high-profile, embarrassing security breach at a different nuclear site last year, which involved an 82-year-old nun. LLNL did not respond to a request for comment.

“All the sites are having trouble,” Aftergood adds. “This is a small window into a world that we don’t normally see.”