Innovation is the foundation of America, and since 1790, entrepreneurs have been able to claim patents on their inventions so that copycats can’t profit off their work. But some companies have found a controversial use of the American patent system, derisively referred to as “patent trolling.” The practice refers to when a company buys broad patents for technology that it doesn’t make—or partners with inventors who don’t actively use their patents—and brings legal claims against other companies that use the technology. The price of stealing someone’s work in the United States is mind-blowingly expensive—in the millions of dollars—and even if the accused company wins, it still faces high legal costs. Often, a company violating a patent will pony up a few thousand dollars for licensing fees rather than face off in court.

“There are hundreds of thousands of crappy, vague, overly broad patents out there, and all you have to do is scoop up one of these patents and threaten to sue. No one is going to defend themselves, because it makes no financial sense,” says Julie Samuels, a senior staff attorney for the Electronic Frontier Foundation (EFF), which is running a database of patent troll claims. “It’s totally legal, and very lucrative, and absolutely shady.”

Bryan Farney, an attorney for a MPHJ, a company that has accused multiple businesses of using its patented office-scanner technology without permission, takes issue with the characterization of companies that sue others over patents they don’t use. “Obviously, patent trolling is a pejorative term…” he tells Mother Jones. “A more accurate term is Non-Practicing Entity.”

Earlier this month, Sen. Claire McCaskill (D-Mo.) called these kinds of companies “scam artists” and “bottom feeders” who “work in the shadows.” Senate Judiciary Committee Chairman Patrick Leahy (D-Vt.) and Sen. Mike Lee (R-Utah) introduced a bill this month that specifically takes aim at them by making it harder and more expensive to make these claims and allowing targeted companies to get their legal fees back. The bill has support from the White House. This week, a group of inventors—including Facebook’s and Twitter’s cofounders—sent a letter to the House and Senate Judiciary Committees arguing that “broad, vague patents covering software-type inventions—some of which we ourselves are listed as inventors on—are a malfunctioning component of America’s inventive machinery.”

But companies that oppose the legislation say that it shouldn’t matter whether or not they use their own patented technology because big tech companies are taking advantage of their inventions. “Almost all inventions seem obvious after they have been invented,'” wrote Katharine Wolanyk, president of Soverain Software, in a November 18 letter to the House Committee on the Judiciary. (Wolanyk’s company owns patents that governs online shopping cart technology and lost one of its claims in the US Court of Appeals for the Federal Circuit. Soverain is now trying to bring the case to the Supreme Court.) “The current system forces patent owners to defend, over and over again, the validity of their patents.”

Without further ado, here are eight inventions you thought were patent-free but could get you sued:

1. Magic Missiles on Dungeons and Dragons 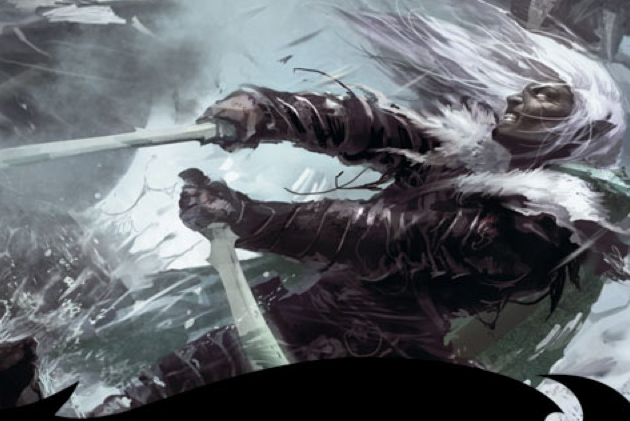 In October 2012, Treehouse Avatar Technologies filed a patent infringement lawsuit against Turbine Inc., better known as the company that makes the online version of the popular role-playing game, Dungeons and Dragons. According to the suit, Turbine violated Treehouse’s patent—which it acquired a few months before—by including a feature that allows the game system to “tally” how often gamers pick certain video game character attributes, such as hair color, eye color, weapons and clothing, to determine which are the most popular. Stephen Roth, a legal representative for Treehouse, tells Mother Jones that “Treehouse Avatar Technologies is not a ‘patent troll.’  In fact, that term could be seen as offensive by some; just as calling an injured person seeking redress as greedy, or a person defending their rights to free speech as a left-wing liberal.” The inventors of this particular patent partnered with Treehouse to help enforce their licensing, he says, but they are not presently operating any technology with the patent. He says that the company has “numerous” claims out with other gaming companies, but the licensing fees it’s asking for are “confidential.” 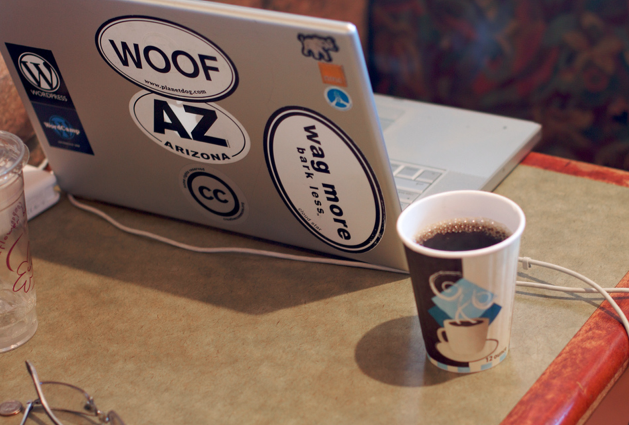 Starting in 2011, Innovatio IP Ventures, a nonpracticing entity, sent more than 8,000 demand letters to targets in 50 states claiming violations of patents it owned on equipment found in common wifi routers. Rather than only targeting the companies that made the routers—which had greater financial means to fight the patent claims—Innovatio went after local hotel chains and coffee shops that couldn’t afford lawsuits and had to pay up to $5,000 a pop for licensing. Some big-name router companies, like Cisco, threatened to sue Innovatio, alleging that it was engaged in a racketeering scheme against its customers, but the allegations were ultimately thrown out. Ray Niro Sr., a lawyer who has worked on behalf of Innovatio, told Chicago Lawyer in April that the letters aren’t trolling, because inventors get a portion of the recoveries in most cases. “What’s so bad about that?” he asked. 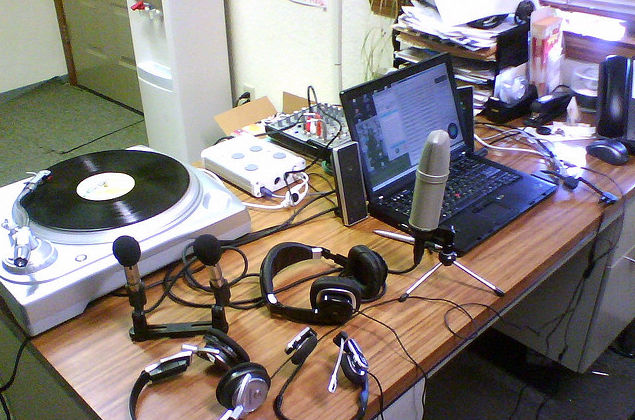 In January of this year, Personal Audio LLC brought claims against some TV networks and podcasters—including individuals, like comedian Adam Carolla—for using technology it patented that covered “media players that have the capability to receive playlists.” This could potentially apply to any podcaster that allows users to scroll through different episodes. EFF is presently challenging Personal Audio on the basis that it didn’t create the technology and “people were podcasting years before Personal Audio first applied for a patent.” James Logan, the founder of Personal Audio, told Slashdot that even though his business is considered a nonpracticing entity, “I did try to build a product…I spent $1.6 million of my own money trying to realize our vision of a custom listening experience that ended up, at the end of the day, being implemented in the form of a cassette tape product, and not the digital player system we envisioned and patented.” 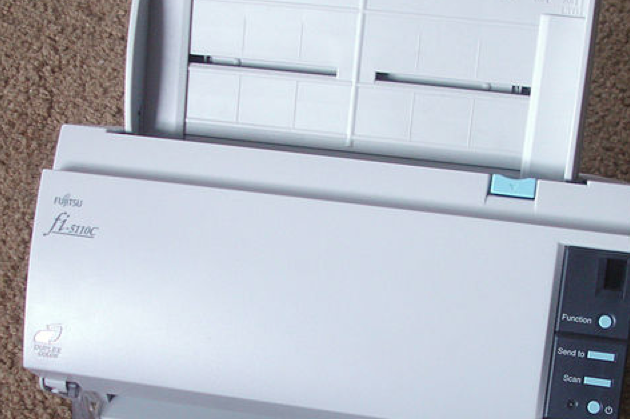 In 2012, MPHJ Technologies began to send letters to companies for violating five patents it purchased relating to office scanners. As the company explained, “A good example of an infringing system, and one your company likely uses, is an office local area network which is in communication with a server, employee computers having email software such as Outlook…and a [scanner] which permits the scanning of a document directly to an employee email address.” MPHJ does not produce products related to these patents. For an annual license, MPHJ wants around $90 per company employee, per year. For a permanent license, MPHJ wants $900 per employee. State attorneys general in Vermont, Nebraska, and Minnesota have spoken out against MPHJ’s claims. That hasn’t stopped MPHJ: In response to Minnesota’s recent order that the company not file patent enforcement claims in the state, Bryan Farney, the company’s attorney, tells Mother Jones, “The Minnesota AG does not affect in any way the ability of MPHJ to file suit for patent infringement against anyone…MPHJ believes federal law is clear that its actions were lawful, and that the actions taken by the attorneys general have largely been based upon lack of knowledge of US patent law.” 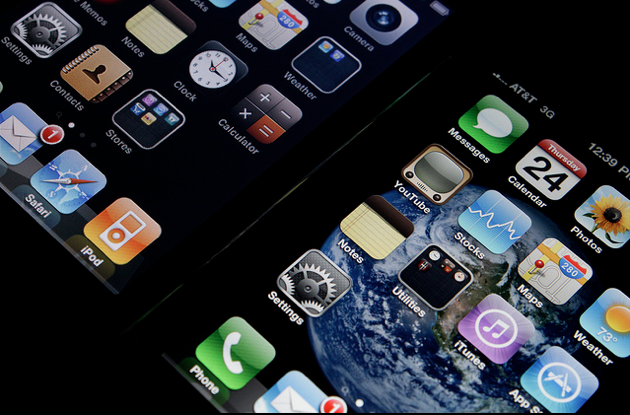 In 2011, Lodsys LLC started making claims against small independent app developers, on the basis that the developers were violating patents it purchased that cover a broad swath of internet technology (one patent was purchased as recently as 2010). Specifically, these patents affected services that allow users to report errors, get online help and customer support, interact with online ads, and renew their subscriptions online, among other things (one of the patents dates back to 1992, and is intended to be used for fax machines). An app developer named Eugene Kaspersky fought Lodsys’ $25 million infringement claim in court over a period of 18 months. Lodsys ultimately withdrew its lawsuit, and Kaspersky claimed that it was evidence that “patent trolls can be resisted and defeated.” In a blog post on its website, Lodsys wrote, “If you are a Developer, it’s about knowledge about the scope and risks of your own business. Lodsys has only one motivation: we want to get paid for our rights.”

EasyWeb Innovations LLC owns patents on online messaging publishing. In 2011, EasyWeb sued Facebook and Twitter for violating these patents. TechCrunch has called EasyWeb an “obscure patent troll looking to score coin by suing companies that actually innovate, rather than building and selling something.” John D. Codignotto, the owner of EasyWeb, planned to put his ideas into practice, “but financial resources were not available to enable its commercialization,” according to the Facebook court document. EasyWeb also has patents concerning online photo uploading, which it has accused more than a dozen companies, such as SmugMug, of violating, according to Law 360.

In 2006, Texas-based firm TQP purchased a 1989 patent that covers transmitting encrypted data over a “voice-grade telephone line.” Since then, the company has used the patent to make claims against companies that use SSL encryption—the most commonly used form of internet security. The company gives a percentage of the licensing revenue back to the inventor. According to Forbes and Law360, TQP has settled with multiple big-name companies. Additional cases brought against major credit card companies and social networks are still spending. TQP’s owner, Erich Spangenberg, told Forbes that he’s not bothered by the fact that his company doesn’t use the SSL encryption patent: “If you buy a hundred-foot lot in the middle of Manhattan, you’re not required to develop it…Companies have the right to protect their IP dollars.” 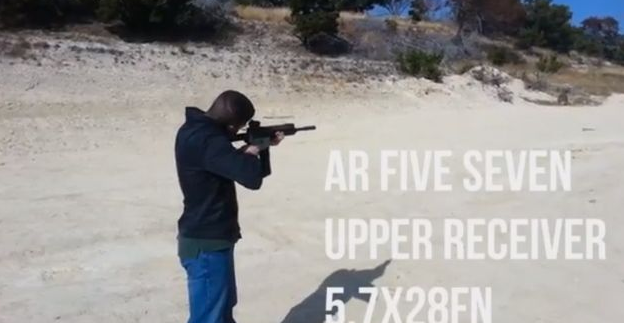 While claims against 3-D printer innovators haven’t yet become widespread, six companies are currently applying for patents that could be applied towards the technology. EFF says it has filed a challenge of the patents on the basis that they’re overly broad and could be used by patent trolls to make claims against small developers. One of these patent applications is for “Additive Manufacturing System and Method for Printing Customized Chocolate Confections”—which was issued in 2001 and applies to technology that molds chocolate into specific shapes. Whether this can be used to sue the guys printing 3-D guns remains to be seen.