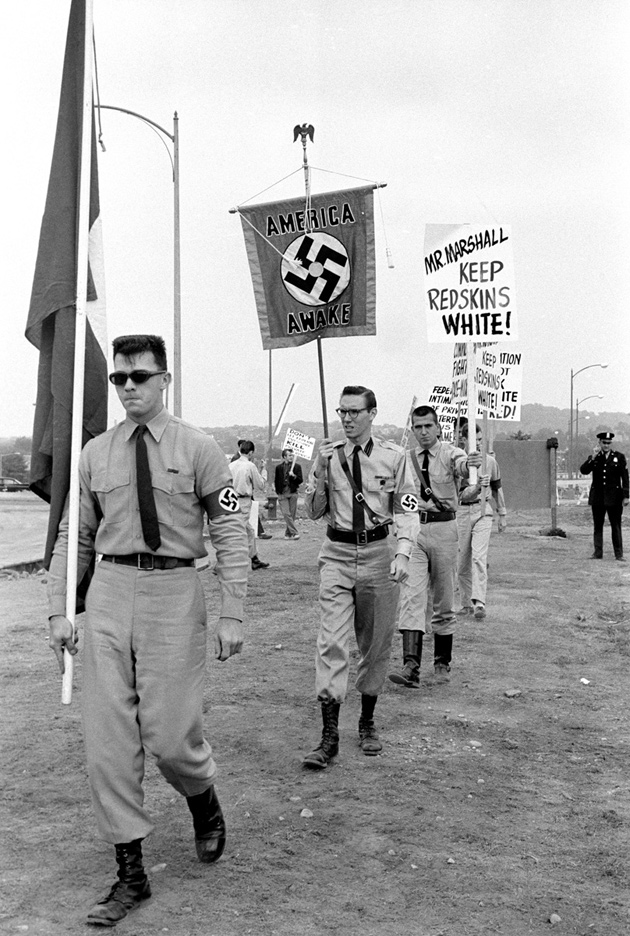 Currently, Washington, DC’s pro football team, the [Redacted], has the distinction of being the only team in the NFL whose name is a racial slur. A little more than 50 years ago, it had another unfortunate distinction: It was the last remaining all-white team in the league. 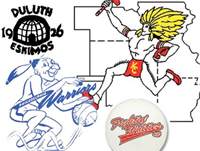 A timeline of racist teams, nicknames, and mascots

The struggle to integrate Washington’s football team is recounted in Thomas G. Smith’s 2012 book, Showdown: JFK and the Integration of the Washington Redskins. As Smith tells it, the showdown began in 1961, when John F. Kennedy’s interior secretary, Stewart Udall, who’d committed to ending segregation anywhere in his sphere of influence, declared his intent to break pro football’s last color bar. Udall later recalled, “I considered it outrageous that the Redskins were the last team in the NFL to have a lily-white policy.”

The call for integration was met with opposition, most notably from the team’s owner, George Preston Marshall, a laundromat magnate turned NFL bigwig who had held firm for years. As legendary Washington Post columnist Shirley Povich wrote:

For the 24 years when he was identified as the leading racist in the NFL, he simply stared down the criticism of his refusal to sign a black player. It was the only subject on which the voluble Marshall never expressed a public opinion, never resorted to a quip. But he bristled when this columnist reminded him in print that “the Redskins colors are burgundy, gold and Caucasian.”

Marshall appeared as outraged by federal interference as he was by the prospect of diversity. “Why Negroes particularly?” he asked. “Why not make us hire a player from another race? In fact, why not a woman? Of course, we have had players who played like girls, but never an actual girl player.” The controversy drew out assorted bigots, including neo-Nazis (above), who protested on Marshall’s behalf to “Keep [the] Redskins White.”

Udall had one advantage over Marshall: The team’s new home field, DC Stadium (later renamed RFK Memorial), was federal property. With Kennedy’s approval, Udall gave Marshall a choice: He could let black players on his team, or take his all-white squad to someone else’s gridiron.

“You can’t tell what will happen under the guise of liberalism,” Marshall griped shortly before acquiring a handful of black players for the 1962 season. He would comply with Udall’s demands even if it meant hiring “Eskimos or Chinese or Mongolians.” The newly integrated team went on to have its best season in five years.