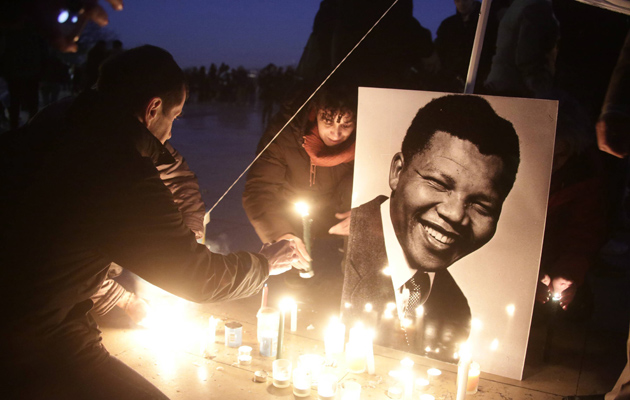 It’s officially a tradition: When something bad happens to the international community, email scammers attempt to exploit it. There was Hurricane Katrina. There was the 2005 tsunami. There was the Haiti earthquake. And now there’s Nelson Mandela’s death. Here’s an email Mother Jones received from an emailer purporting to represent the late South African president’s charitable organization, the Nelson Mandela Foundation:

I hope my mail finds you well. This is my second email to you without any
response. I am Maeline Engelbrecht Nelson Manuela’s Donor relations manager. For
couple of years we have been in a global approach in fighting the pandemic, and
emphasizes the importance of strengthening relationships with UNICEF, Save the
Children Fund and other governments. Giving Aids to orphans. In 2002 the Fund
raised 34-million Dollar through donations, programmed funding and fundraising
initiatives locally and internationally. The continual growth of the Fund has
led to the establishment of offices in the United Kingdom, United States,
France, Australia, the Netherlands, Canada and now Spain. For more details you
can read from the link below, although, there are a lot of reforms for security
purposes.
http://www.southafrica.info/mandela/mandelachildrensfund.htm#.UO5dq1LEPMw

Due to deteriorating situation of Mandalas’ health, He has suggested that the
fund allocated to his organization from the UK Based Anglo American mining
Company should be directed to a responsible and a reliable hand not here in
South African but other country as well, as this is one of his struggles in
life. On this basis I have contacted you for assistance to have it operated and
monitored by you in your country. Please We have created a good reputation in
the past and would not want anything to dent our image so if you cannot handle
this foundation in your country I suggest you ignore the email. On the contrary
get back to us for a way forward.

This isn’t the first time a scammer has attempted to use the name Engelbrecht—who left the foundation in 2008—to make money off of Mandela. In January, the Nelson Mandela Foundation published a warning about a nearly identical email: “Any such messages received should be viewed as fraudulent and reported to the Centre of Memory.”