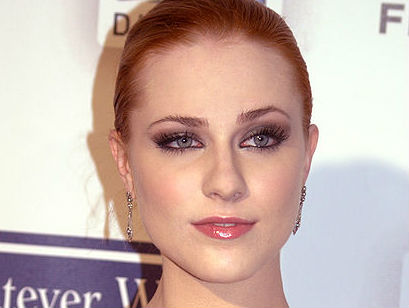 Last week, actress Evan Rachel Wood was royally pissed on Twitter. This time, it was over her edited and sanitized sex scene.

When Wood saw the R-rated theatrical version of Charlie Countryman, her new indie action-comedy, she noticed a conspicuous absence of cunnilingus. According to Wood, the Motion Picture Association of America (MPAA) forced director Fredrik Bond to cut images of Shia LaBeouf‘s character performing oral sex on Wood’s character in order to secure an R-rating for its November release (as opposed to an NC-17 rating, which can tank the commercial viability of a film). Over several tweets, Wood took aim at the ratings board’s double standard on female sexuality and pleasure on-screen. Via the Los Angeles Times, here’s what Wood said in her tweets:

After seeing the new cut of Charlie Countryman, I would like to share my disappointment with the MPAA, who thought it was necessary to censor a woman’s sexuality once again. The scene where the two main characters make “love” was altered because someone felt that seeing a man give a woman oral sex made people “uncomfortable,” but the scenes in which people are murdered by having their heads blown off remained intact and unaltered.

This is a symptom of a society that wants to shame women and put them down for enjoying sex, especially when (gasp) the man isn’t getting off as well! It’s hard for me to believe that had the roles been reversed it still would have been cut or had the female character been raped it would have been cut. It’s time for people to grow up. Accept that women are sexual beings. Accept that some men like pleasuring women. Accept that women don’t have to just be fucked and say thank you. We are allowed and entitled to enjoy ourselves. It’s time we put our foot down. Thanks for listening.

The MPAA, which serves as the de facto censorship board for American cinema, has a well-documented double standard when it comes to things like gay sex and certain aspects of female carnality (when comparable scenes of a heterosexual or male-centered nature will usually slide by with an R-rating without a hassle). For instance, the 2010 drama Blue Valentine was slapped with an NC-17 rating due to a scene in which Ryan Gosling’s character performs oral sex on Michelle Williams’ (the ruling, however, was overturned). And, yes, Wood was right to point out the MPAA’s peculiar views on sex vs. extreme violence. The MPAA did not respond to Mother Jones‘ request for comment regarding Wood’s criticism.

So what could possibly have been in that scene that troubled the MPAA so much? I’m still trying to track down the nixed shots—perhaps those of us who didn’t see an early cut of the film at a festival screening will have to wait until the DVD to see what the fuss was about. For now, here’s how the supposedly obscene moment played out on the page. The following portion of the script was sent to Mother Jones by Charlie Countryman screenwriter Matt Drake, who also co-wrote the raunchy 2012 comedy Project X. (Scroll to the bottom of this post to read the whole scene.) Here’s the relevant section:

“I didn’t choreograph specific sex acts as much as I tried to convey a certain mood and tone,” Drake said in an email. “I’m not aware of how it all went down with the MPAA. As to how the scene was staged, that would have been done on the day among [Fredrik], Shia and Evan in a closed setting.”

Check out the scene below: