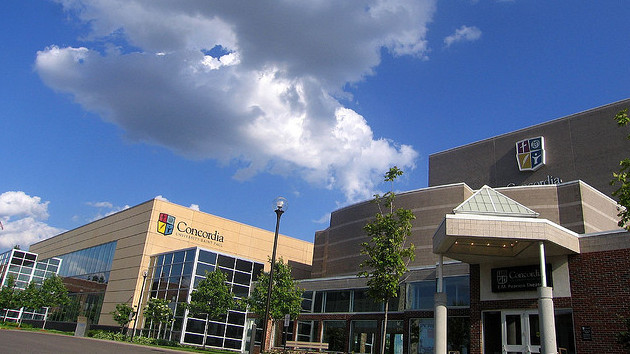 You know all those seemingly great sales during the holidays? It turns out, they are often a “carefully engineered illusion.”  A recent piece in the Wall Street Journal defines what it calls “retail theater,” noting that often the discounts being offered to bargain-conscious consumers are carefully planned out by retailers from the start:

The common assumption is that retailers stock up on goods and then mark down the ones that don’t sell, taking a hit to their profits. But that isn’t typically how it plays out. Instead, big retailers work backward with their suppliers to set starting prices that, after all the markdowns, will yield the profit margins they want.

The red cardigan sweater with the ruffled neck on sale for more than 40% off at $39.99 was never meant to sell at its $68 starting price. It was designed with the discount built in.

Some retailers that sell online even set their discounts depending on user information, as the Journal reported last year:

The Staples Inc. website displays different prices to people after estimating their locations. More than that, Staples appeared to consider the person’s distance from a rival brick-and-mortar store, either OfficeMax Inc. or Office Depot Inc. If rival stores were within 20 miles or so, Staples.com usually showed a discounted price.

Higher education may seem like a different world, but universities in many ways have been working from the same playbook.

Savvier college-bound consumers know that the so-called “sticker price” of tuition and fees at a given college or university isn’t what many–or even most–students pay.

Take American University, where 74 percent of full-time freshmen got a grant or scholarship–essentially, a discount off the list price–for the 2011-2012 school year. Or Drexel University, where that figure was 98 percent.

At nearly 200 schools, 100 percent of full-time freshmen got a scholarship, as DePaul University’s Jon Boeckenstedt points out.

Savvier college-bound consumers know that the so-called “sticker price” of tuition and fees at a given college or university isn’t what many–or even most–students pay.

A recent study of discounting at private non-profit colleges found that the average institutional grant has grown as a percentage of sticker price, hitting an all-time high of roughly 53 percent. But the report, released in May by the National Association of College and University Business Officers, also pointed out that while larger discounts are generally a good thing, students could still end up paying more depending on how much the sticker price is going up at the same time.

Like retailers, colleges and universities are increasingly getting more sophisticated about how they give out discounts, offering so-called “merit aid” to students they especially want to enroll.

Private universities have led the way in discounting, but as we’ve detailed, the practice has spread to public universities as well. Many state schools have moved toward the “high-tuition, high-aid” model by discounting for students with high test scores or for out-of-state students who will ultimately pay more than residents, even with a small discount.

Some colleges–mostly private colleges–will even price-match if students know to ask. (It’s not unlike your local Best Buy, really.)

The growing discount rates and the lack of transparency in the pricing of higher education have prompted some schools to try another approach. A few colleges and universities have opted for “tuition resets,” announcing they’re slashing sticker prices by as much as $10,000–while often reducing aid.

Call it the J.C. Penney strategy. The retailer tried to move away from high-low pricing and move to “everyday low prices,” only to find out the hard way that customers really, really love a discount.

Yet at least initially, some colleges such as Concordia University have gone the “tuition reset” route and have found that the lower rates (and the accompanying PR boost about the lower rates) got more student applications in the door, raising enrollments and ultimately, net tuition revenue. Whether that interest from consumers will keep up after the headlines fade remains to be seen.

It’s worth mentioning that one big difference between the pricing of higher education and other consumer goods is the ease of comparison shopping: When you’re shopping for a new TV set, it’s relatively easy to compare prices with a little research. It’s much harder to do that with colleges, especially when you have to narrow down your options to a manageable number and submit applications before knowing for sure how much each option will end up costing.

There are, of course, tools out there intended to make college costs more transparent. Colleges are required to post net price calculators to give prospective students–or, at least, those who put in the time to find the calculators online and enter in their personal information–a better sense of what a given school might cost them after discounts. But the calculators have their limitations: Some estimates are more accurate than others, depending on the complexity of the colleges’ calculators, which are not standardized. (In more recent news, lawmakers have introduced a law aimed at making the calculators more user-friendly.)

As it stands, it’s not always clear whether consumers actually win when colleges–or retailers–tinker with their pricing and discounts. What is clear is that when the system isn’t especially transparent, discounts can get people overexcited, whether they’re real savings or not.