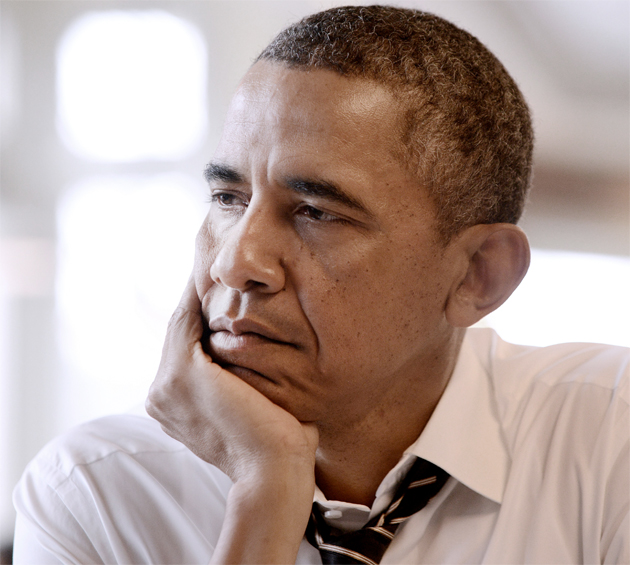 On Friday, President Barack Obama is expected to unveil changes to the National Security Agency’s sweeping surveillance programs. The announcement comes weeks after a post-Snowden advisory panel appointed by the president issued a whopping 300-plus pages of pro-transparency recommendations that, if taken up, would radically alter how the NSA does business. But according to early reports, Obama will only be implementing small reforms. He will punt the bigger decisions to Congress—with the hope of partially appeasing lawmakers, voters, privacy advocates, and the national security community. From the looks of it, pretty much everyone is going to be mad at him.

Right now, the NSA collects Americans’ phone metadata in bulk. (Metadata, which includes call dates and phone numbers, is revealing, but it doesn’t include the contents of the actual conversations.) For privacy advocates, ceasing the practice is a top priority. “Ending bulk collection is essential to effective reform,” says Greg Nojeim, senior counsel at the Center for Democracy & Technology? Center. “I can’t imagine anyone who’s concerned about these programs is going to be satisfied by a bunch of cosmetic tweaks that leave bulk collection in place,” adds Julian Sanchez, a research fellow at the libertarian Cato Institute. The conservative activist group FreedomWorks will also be mad if Obama doesn’t repeal bulk surveillance. “The NSA’s unconstitutional surveillance must be stopped to safeguard our civil liberties,” the group writes. Julie Borowski, policy analyst for FreedomWorks, said in a press call on Thursday that the group supports the USA Freedom Act, which would end bulk collection of phone data.

Obama’s advisory panel recommended the government accede to privacy activists’ demands and terminate the NSA’s expansive collection and storage of phone metadata. The panel proposed that a party other than the government, such as a phone company, hold on to Americans’ phone records, and it suggested that the NSA should have to seek a court order to access that data. (The NSA currently doesn’t need a judge’s permission each time it dips into this data.) But civil liberties advocates should prepare to be disappointed. The New York Times reported that Obama will not end this bulk collection of phone metadata. Nor is Obama likely to accept the panel’s recommendation that phone companies become the guardians of this trove of data. It appears he will leave the big decisions regarding phone metadata to a polarized Congress, which is currently fighting over two bills. One introduced by Sen. Patrick Leahy (D-Vt.) and Rep. James Sensenbrenner Jr. (R-Wis.) would end bulk collection, and another, from Sen. Dianne Feinstein (D-Calif.), would codify the practice.

The NSA will be happy if, as expected, Obama okays its continued collection of bulk phone metadata. However, he may well make some modest changes to this program, according to the New York Times, such as cutting back the number of people whose phone records the NSA can look at and limiting the time the NSA can hold on to the records. Even such slight reforms will upset folks in the intelligence community. According to the Times, “Some [intelligence] officials complained that [Obama’s] changes will add layers of cumbersome procedure that will hinder the hunt for potential terrorists.” Some members of Congress also oppose modest limits to the NSA’s collection powers.

If Obama Allows the NSA to Continue Hacking Internet Encryption…

The NSA will be delighted if Obama eschews his panel’s recommendation that the agency cease undermining the encryption and security of tech companies, as leaked documents have revealed. It’s not clear yet what Obama administration will do regarding this recommendation. But if doesn’t restrain the NSA on this front, tech geeks everywhere will be angry. When the news broke in October that the NSA had hacked into Google, a security engineer for the company wrote, “Fuck these guys.” (Google and other tech companies have since bulked up their encryption to keep out the NSA.) Many journalists and lawyers also rely on the promise of secure encryption to do their jobs. They’re hoping that the president sides with civil libertarians and members of the tech industry who want to make sure that the NSA does not have the authority to defeat all forms of encryption.

Some judges will no doubt be outraged if Obama makes any changes to the Foreign Intelligence Surveillance Act Court, the top-secret spy court that approves or denies many of the government’s surveillance requests. Obama is expected to appoint a privacy advocate to advise the court on civil liberties issues. But on January 13, US district Judge John Bates, the former presiding judge of the FISA court, wrote in a public letter that “a privacy advocate is unnecessary.” Bates also decried the presidential panel’s recommendation that the government require judicial approval for all National Security Letters—secret requests the FBI and other government agencies use to force businesses to hand over records. According to Bates, subjecting these requests to the FISA court’s scrutiny would be a “detriment to [the court’s] current responsibilities.” (If the FISA court emerges untouched by Obama’s reforms, privacy advocates will be irate.)

Obama faces a tricky challenge. He clearly believes some NSA reform is necessary, yet, for good or bad, he doesn’t want to alienate the intelligence community. This might lead him to a position that does not produce sufficient change to allay the concerns of techies, civil libertarians, and Americans who worry the surveillance state has gone too far—but still manages to tick off the intelligence officials he counts on to defend the nation; and the national security hawks on and off Capitol Hill who are always ready to assail the president. Obama has often talked about the need to balance national security and civil liberties. His effort to deal with the Snowden-prompted NSA scandal shows how tough a political task that is for him.