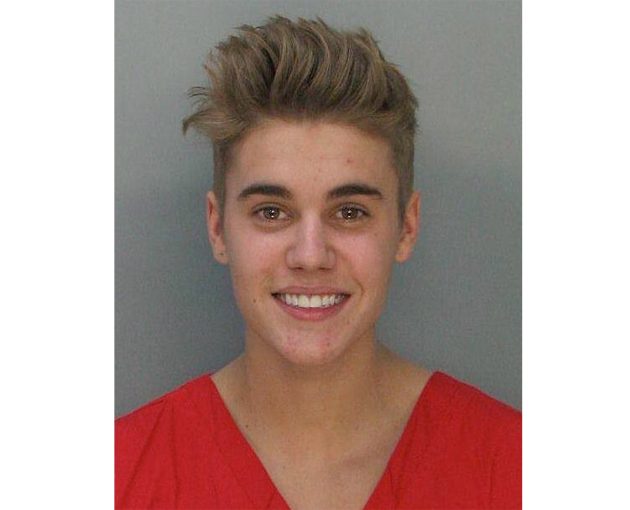 This article has been updated. Click here for the White House’s response.

You’ve all heard that embattled Canadian pop star Justin Bieber was recently arrested for alleged drag racing and drunk driving. Now the Obama White House has promised to weigh in on the incident and resulting backlash.

In late 2011, the White House launched its We the People initiative, an online system in which anyone can create an account and petition the government. If a petition reaches a certain number of signatures (currently set at 100,000) within a month of its posting, the Obama administration’s own rules require White House staff to respond.

A new petition, created on January 23, has reached that threshold. It’s titled, “Deport Justin Bieber and revoke his green card,” and it reads:

We the people of the United States feel that we are being wrongly represented in the world of pop culture. We would like to see the dangerous, reckless, destructive, and drug abusing, Justin Bieber deported and his green card revoked. He is not only threatening the safety of our people but he is also a terrible influence on our nations youth. We the people would like to remove Justin Bieber from our society.

(The petition is tagged under the issues of “criminal justice and law enforcement,” “human rights,” and “women’s issues.”)

The We the People page hosts a wide variety of petitions, including ones that focus on subjects such as AIDS prevention and mass shootings in America. But the White House also receives—and sometimes responds to—frivolous petitions, including one asking the Obama administration to build the Death Star and another calling for states to adopt Pokémon characters as state animals. (The latter was yanked from the government website.)

Every petition that crosses the threshold will be reviewed by the appropriate staff and receive a response. Response times vary based on total volume of petitions, subject matter, and a variety of other factors.

A previous White House petition called for the deportation of CNN host Piers Morgan because of his strong support for gun control in America. White House press secretary Jay Carney issued a response defending the First Amendment, and Morgan is still working in the United States.

We’ll see if the White House’s response has any impact on Bieber’s feelings about the Obama administration. As of the president’s reelection, things seemed pretty good:

But on a serious note, if you’d like to read about how Bieber’s case highlights the complexities of America’s deportation system, click here.

UPDATE, January 29, 2014, 2:14 p.m. EST: As Tow Center fellow Alex Howard notes, the nature of an O-1 visa (which Bieber has) means that the pop singer is pretty much safe from deportation, at least for now. For more on this, you can click the link I posted above on the complexities of our deportation system, or check out this Time post titled, “Why We Can’t Just Deport Bieber.”

We’ll see if the White House addresses all this nuance.

Sorry to disappoint, but we won’t be commenting on this one.

The We the People terms of participation state that, “to avoid the appearance of improper influence, the White House may decline to address certain procurement, law enforcement, adjudicatory, or similar matters properly within the jurisdiction of federal departments or agencies, federal courts, or state and local government in its response to a petition.”

So we’ll leave it to others to comment on Mr. Bieber’s case, but we’re glad you care about immigration issues. Because our current system is broken. Too many employers game the system by hiring undocumented workers, and 11 million people are living in the shadows.

The rest of the response is peppered with Justin Bieber references and goes on to discuss immigration reform.