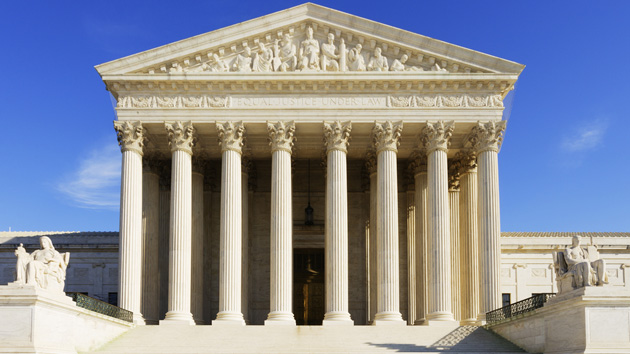 Four years ago, the Supreme Court issued its decision on Citizens United v. Federal Election Commission, upending the nation’s campaign finance laws by equating corporations’ speech to that of ordinary citizens. In subsequent rulings based on that reasoning, lower courts overturned limitations on donations to political committees, paving the way for the era of the super-PAC. Since then, outside campaign spending has skyrocketed.

Now Citizens United, the conservative group behind the case that bears its name, has set its sights on a new target: the IRS. Citizens United, a 501(c)4 non-profit that produces conservative films, is upset about a set of proposed rules the IRS issued in late November to clear up confusion about what counts as political activity for non-profit groups. Non-profits that are organized under section 501(c)(4) of the tax code are supposed to be “social welfare” organizations, but they’re allowed to engage in some political activity as long as it isn’t the majority of their work. But until recently, it’s been unclear what exactly counted as political activity. The new IRS rules would fix that problem by defining issue ads, voter registration, events with candidates near the elections, and a litany of other actions as political activities. But Citizens United sees this IRS effort to restrict politicking by non-profits as an attempt to limit free speech.

“I can commit with certitude that Citizens United will not sit by while any government agency tries to violate our First Amendment rights,” David Bossie, president of the group, said in an interview with the Center for Public Integrity last Friday. “We have a proven track record of winning, and we’re not afraid to take the fight to them. You’ll see a Citizens United v. IRS.”

It’s not particularly surprising that Citizens United would be upset by these new restrictions. 501(c)(4)s have become a favorite vehicle for high-dollar donors to channel funds into political causes while remaining anonymous. Groups like the Koch Brothers’ American for Prosperity have exploited these loopholes to turn their so-called social welfare organizations into campaign operations, running campaign ads to bolster their favorite candidates.

Citizens United’s argument against these rules got a boost from Congress last month. A small provision slipped into the giant omnibus spending bill bars the IRS from using its funds to “target” citizens and organizations from exercising their First Amendment rights or ideological beliefs. Tax experts are worried that 501(c)4 groups, including Citizens United, could exploit that provision to win a court ruling barring the IRS from investigating non-profits’ political activities.