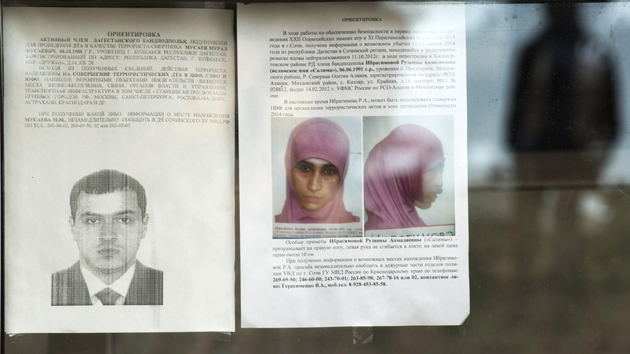 Update 1, Friday, February 7, 12:45 PM EST: An airliner from the Ukraine was forced to make an emergency landing in Turkey due to a hijacking attempt, AFP reports. Turkish officials told CNN that a passenger, believed to be of Ukrainian nationality, “said that there was a bomb on board” and wanted the plane to land in Sochi. AFP says that he was “brandishing a detonator.”

Update 2, Friday, February 7, 4:30 PM EST: The AFP reports that the man, born in 1969, was “apparently drunk” and only said that he was brandishing a detonator. According to Istanbul’s governor, the man did not have a gun or explosives. Ukrainian security services reportedly said, “The man will answer for his hooligan behavior.”

This week, Americans nervously descend upon Sochi, Russia, to cheer on their favorite athletes in the 2014 Winter Olympic Games. Members of the US team who have already arrived in the city say that with an estimated 100,000 security force members protecting the games, they feel safe. But US officials said on Tuesday that they are tracking “specific threats” to the games. And counterterrorism experts argue that the terrorism risk in Sochi is largely unprecedented, due to recent threats from active terrorist groups. They fear that attacks could take place outside of the secured perimeter surrounding the event sites, particularly on public transportation or at checkpoints. While the Daily Beast notes that terrorism coverage could overshadow the successes of US athletes—and give terrorists free publicity—experts say that it’s warranted. “This is a very serious threat. It’s not overblown,” says Victor Asal, a terrorism expert at the University of Albany. He adds that if he knew people who were planning a trip to Sochi, he’d tell them, “Don’t go.” Without further ado, here’s everything you need to know:

?Who are these terrorists, and what do they want?
The main threat to the Olympic games is the Caucasus Emirate, a loose network of Islamist terrorist groups that is located between the Black and Caspian seas in Russia. The Caucasus Emirate, established in 2007, aims to establish Shariah law in the region, but it only has suspected ties with Al Qaeda. The terrorist network is a partly an outgrowth of the First and Second Chechen wars, conflicts that began when Russia invaded Chechnya. “The human rights abuses committed by the Russians in the invasion of Chechnya were really extraordinary?, and the violence has come from these grievances,” Asal says. Initially, the group’s aims were nationalistic—secession from the Russian federation—but now, there is a growing jihadist component.

The group’s self-appointed leader is Doku Umarov, nicknamed “Russia’s bin Laden” (photo below). He’s seen only rarely, and Ramzan Kadyrov, the president of Chechnya, recently claimed that Umarov is dead. (He’s said this many times before, so terrorist experts aren’t convinced.) As of this month, that report has not been confirmed by the Russian government or the US State Department. While the network’s primary target is Russia, Umarov has also issued threats against the United States and Israel in the past, according to the US State Department. 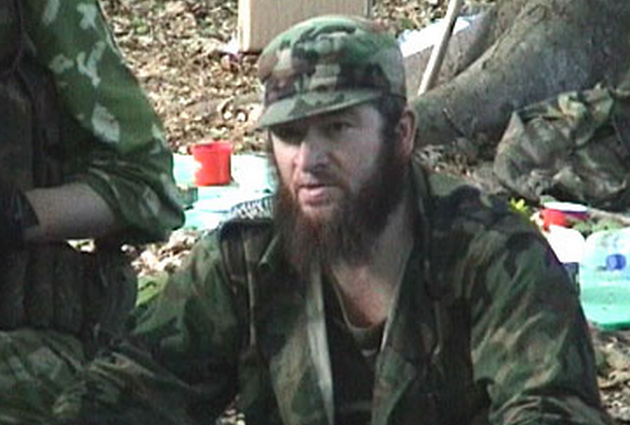 Have the Caucasus Emirate explicitly said they want to target the Olympic games?
Yes. In July 2013, Umarov published a video urging rebels to “do their utmost to derail” the Olympics. He characterized the games as “satanic dances on the bones of our ancestors.” Late last month, a subgroup of the Caucasus Emirate posted a video (below) showing men they said were the bombers responsible for the December attack on Volgograd, and threatened to give Russia a “present” at the Olympics.

Who are the “Black Widows” I’m hearing about? 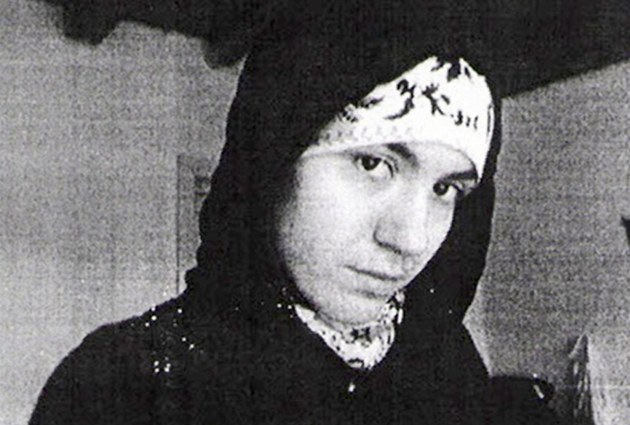 “Black Widows” refers to women who have committed suicide attacks, reportedly to avenge spouses or family members killed by the Russian military. According to NPR, Russian police have been circulating fliers over the last few weeks, searching for suspected female terrorists—including a 22-year-old wife who police say was recently spotted in central Sochi. While women have successfully pulled off terrorist attacks associated with the Caucasus Emirate, some experts say the threat has been overstated, because just as many, if not more, men are committing attacks.

Can these terrorists really pull off an attack on the Olympic sites?
Counterterrorism experts say that it would be very difficult, given the security lockdown known as “the ring of steel”—an area about 60 miles long and 25 miles deep around the Olympic sites. Putin has militarized the areas surrounding the games, with 100,000 police and members of the armed forces on hand, including special-ops forces to guard the mountains outside of Sochi. Only vehicles that are registered in Sochi are being allowed through the city’s checkpoint, and that’s after they’ve been searched. Drones are being deployed to survey the sites from the air, and the government will be snooping on tourists’ electronic devices. (On Tuesday, the Boston Globe reported that some of these security measures could be overstated, noting that a reporter’s bag wasn’t searched.)

What about outside of the ring of steel?
Experts say the risk is high. “The checkpoint has to stop somewhere, and if bombers get anywhere close to a checkpoint, it could have the same political effect in the media as getting into the Olympics themselves,” says Aki Peritz, a senior policy adviser for Third Way and a former CIA counterterrorism analyst. He notes that transportation to and from Sochi is particularly vulnerable, considering the attacks on buses and roadways by the Caucasus Emirate in the past. Daniel Treisman, a Russian politics expert at the University of California-Los Angeles, agrees: “The network will seek to stage attacks in order to demonstrate their capabilities. It is possible [a subgroup] could succeed. But I think they are much more likely to succeed somewhere outside Sochi than inside the security area.”

The State Department warns that while Americans aren’t being targeted specifically in Russia, “there is a general risk of U.S. citizens becoming victims of indiscriminate terrorist attacks.” The British government has been more explicit about the potential threat, putting out a map recommending that tourists avoid many areas outside of Sochi (bottom far left): 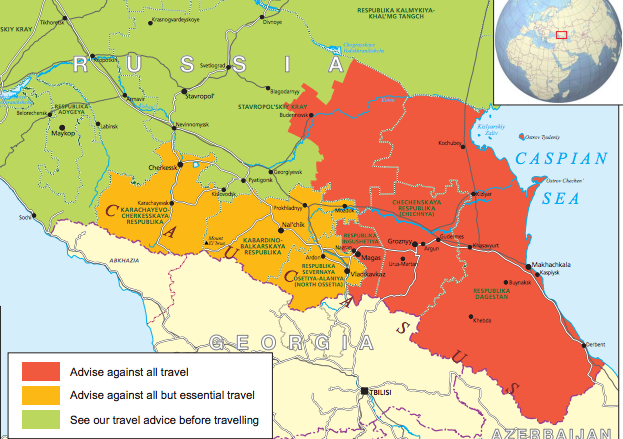 What weapons might be used?
Counterterrorism experts say that suicide bombers are likely the biggest threat. “I think anyone who is going to be attacking the Olympics is going to have to assume that they’re going to be dead. It’s a suicide mission however you look at it,” says Asal, from the University of Alabany. However, in 2012, Russian security forces claimed that they’d found a number of sophisticated arms that they believed were planning to be used in an attack on Sochi—including “grenades, portable surface-to-air missiles, explosives, rifles and other weapons?,” NPR reported. Gordon Hahn, a counterterrorism expert at the Center for Strategic and International Studies?, also told Foreign Policy to not rule out the possibility that regional terrorists have obtained chemical weapons from Syria.

How does this threat compare to those posed to Olympics in the past?
According to the New York Times, US officials haven’t been this concerned about security at the Olympics since the 2004 Summer Games in Athens. The paper notes however, that “the Greeks were far more receptive to help from American law enforcement and intelligence officials, who ultimately played a significant role in the security for the Games.” Treisman, from UCLA, says the most recent case that is comparable would be the 1992 Barcelona Olympics, which occurred at a time when the terrorist Basque separatist organization ETA was still active. Peritz, from Third Way, jokes that “it would be safer if we had the Olympics in North Korea. At least they don’t have an active terrorist group blowing things up.” (The most recent deadly terrorist attack on the Olympics was orchestrated by an American at the 1996 Atlanta Summer Olympics.)

What is the United States doing about all this?
The United States has stationed two warships, which can launch helicopters into Sochi in case an evacuation is needed, in the nearby Black Sea. The United States is also stationing at least two dozen FBI agents in the area and may be sharing sophisticated counterbomb equipment with Russian authorities. US athletes have also been warned not to wear their uniforms outside of the secured perimeter. Several US congressmen, including House Intelligence Committee Chairman Mike Rogers? (R-Mich.) have expressed anger that Russia is not cooperating fully with US security efforts.

Is anyone actually staying home?
Several US athletes have said they are asking their families to stay home from the Olympics because of security concerns, including speed skater Tucker Fredricks, Minnesota Wild ice hockey defenseman Ryan Suter, and Wild forward Zach Parise. 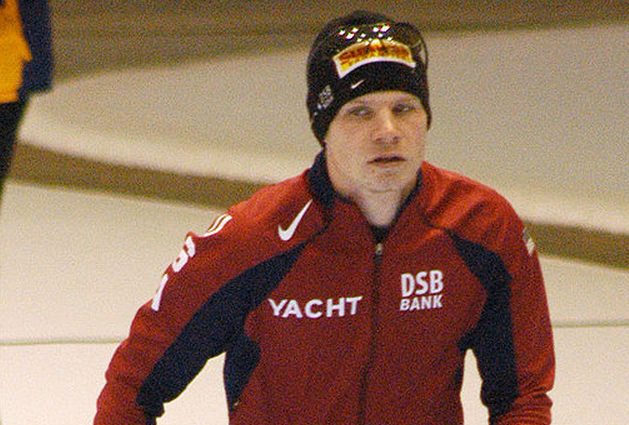 Who says it’s safe?
Some US athletes who have arrived in Sochi already told ABC News on Monday that they feel safe there. “”We’ve had a lot of fun, and I don’t anticipate us being in any more harm’s way than going down the mountain in a bobsled at 85 miles per hour,” said US bobsledder Dallas Robinson. And last month, President Obama confirmed that he felt the games were secure, noting that “the Russian authorities understand the stakes here.” However, he will not be attending with the first family.